The upcoming campus on Rama III Road promises an elite British education for families that can afford it, writes William Hicks

An artist's rendering of the school on Rama III Road.

Wealthy Bangkok parents will be getting yet another choice of private schools for their children next year when King's College International School Bangkok opens in the Ratchada-Rama III area.

The school will bring elite British education to Bangkok as a sister school of King's College Wimbledon in Britain, a school where 25% of students go on to attend Oxford or Cambridge. It appeals to competitive parents aiming to provide the best for their children at high cost, with the hope that it will lead their children to top universities in the US and Britain. 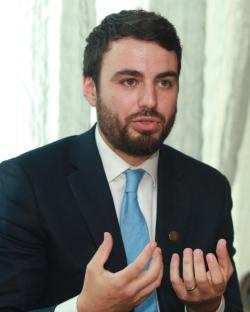 Principal Thomas Banyard says the school is an option for parents thinking internationally.

"Thai parents want the best for their kids and want to open as many doors for them as possible," said Thomas Banyard, principal of King's College Bangkok. "Our school will give students the best opportunity to get into universities in Thailand, but a lot of parents are thinking internationally and want their children to go to the best universities in the world."

In recent years King's College has expanded into Asia with two campuses in China and now one under construction in Bangkok. The college hopes to repeat its successes halfway around the world, while still keeping local culture and language at the core of its curriculum.

"I've been very interested in how international schools take something so successful and put it in such a different context," Mr Banyard said. "Whether you have Thai kids, Chinese kids or British kids, the same things motivate them and they react really well to the style of teaching we have at King's Wimbledon."

The school curriculum is delivered in English and offers Thai and Mandarin as additional languages.

The school is being built on 23 rai of land, with 41,000 square metres of usable space. It is expected to handle about 1,500 students and will include an Olympic-sized pool and a 600-seat auditorium. Management has yet to decide on tuition costs.

The project is a joint venture of King's College and Excellence Education Thailand (XET). 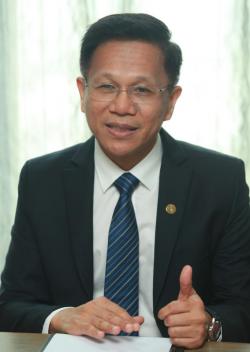 Co-founder Sakorn Suksriwong saw the benefits of British schooling in his own son.

"Seeing the positive development of my own son from a British education, I wanted to make a school here that was one of the best and not too business-focused," said Sakorn Suksriwong, president of XET and co-founder of King's College Bangkok. "There's been a shortage of supply in Bangkok of premium international schools."

He said construction of the school is nearly complete and it should open for classes in September 2020, initially accepting 150-200 students the first academic year between the ages of 2 and 9, then gradually building up class sizes and expanding its age range from 2 to 18 over the next few years.

"It's going to be a slow and steady growth to ensure quality," Mr Banyard said. "We have a very understanding group of people working on this, and we will have to see how well things work the first year to see if we can grow bigger quickly."

The King's College curriculum will strongly emphasise "co-curriculars" like drama, sports and art in an effort to develop "well-rounded students", as well as a focus on "pastoral care", where the school promises to stay on top of each student's mental and physical well-being.

While there are plenty of high-end private schools in Bangkok, King's College's greatest competition may be wealthy Thai parents who send their children abroad to study.

"There is no single model to develop children to their full potential," Mr Sakorn said. "Some parents want their kids to study in Thailand until they are developed in the Thai language and then send them abroad, while some families bring their children back to Thailand later for university level. We think there is much more supply than demand in this market."