Renewables will play a bigger role, but existing systems also must be retooled to accommodate carbon-free fuels of the future. By Tanyatorn Tongwaranan in Singapore

Energy is essential for advancing economic activity and quality of life, but obtaining most of our energy from fossil fuels is no longer sustainable. Pollution is spreading like a plague, warming the planet, choking the public and eroding our health.

The quest for clean, green energy has gained great urgency as countries seek sustainable alternatives. Iceland, Sweden, Germany and Denmark are among those leading the way with ambitious plans to obtain close to 100% of their electricity from renewable sources.

Almost 50 countries that are vulnerable to climate change have agreed to use only renewable energy by 2050, though it is not clear whether those pledges can be met.

Some experts argue that it is still too early to jump all the way to renewables given the intermittent nature of supply, power density and government regulations.

Asia is home to 4.5 billion people, or 60% of the world's population. The United Nations projects that the number could reach 5.3 billion by 2050. The Asian economy will triple in size by 2040, as will energy demand.

Asia Pacific alone will need another 400 gigawatts of power within the next decade, on top of the 800 GW now being used. How that power will be generated is the big question. 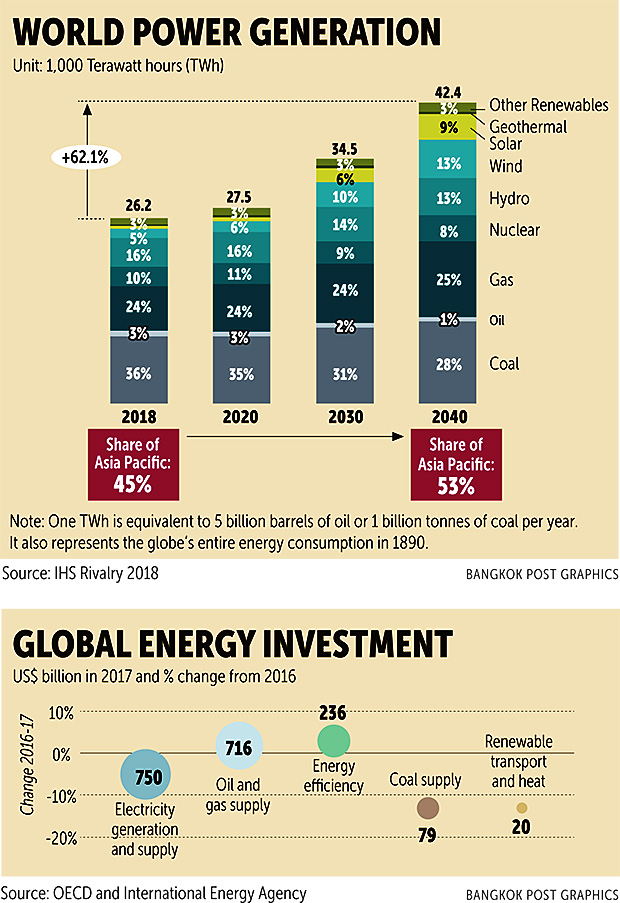 "Everyone is talking about renewables, but gas will continue to play a vital role, especially in this region," said Kazunari Fukui, general manager for sales in Asia Pacific (South) of GE Power.

"As the world shifts toward cleaner energy, natural gas will be the best complement as renewables are not a completely reliable source of power."

Alfons Benzinger, a communications representative with Siemens, notes that in addition to meeting "extraordinarily strong" growth in energy demand, Asia Pacific must address the global challenge of "decarbonising" the energy sector. 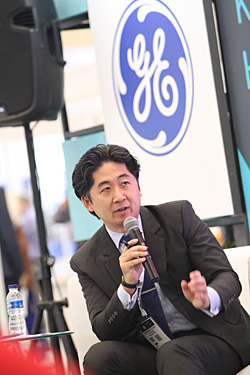 “As the world shifts toward cleaner energy, natural gas will be the best complement as renewables are not a completely reliable source of power” says Kazunari Fukui, GE Power

In his view, renewables with significantly reduced costs will become the backbone of energy systems in the future, but this will come with new challenges.

"Some renewables such as wind power and solar PV (photovoltaic) are characterised by a high fluctuations in feed-in and also relatively high requirements for land resources. With the exception of rooftop solar PV panels, wind and solar PV parks will be located outside of urban areas," he said.

"Energy storage -- not only for daily load profile balances, but also for seasonal, large-volume energy demand -- is getting more important."

"Large utility-scale renewable development, especially solar, requires a lot of land that typically is highly valued near urban areas. Building large-scale solar projects that are farther away from demand centres often leads to transmission congestion -- this is evident in China today."

In addition, he said, reliability is an issue as solar projects cannot generate power at night and wind projects are dependent on wind speeds. For this reason, as renewable capacity increases, thermal generation for backup must also increase.

"As a global player operating in a multitude of Asian markets, we face different regulations and standards in each country," he said. "Further standardisation and harmonisation of grid connection and market rules in Asia would support further renewable energy investments in the region by global investors." 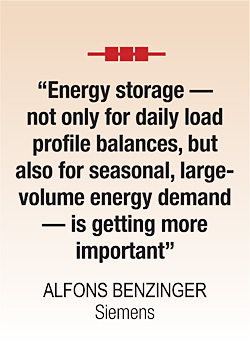 In addition, he said, subsidies and financial support schemes are not key drivers anymore, as a lot of renewable energy sources have reached grid parity in terms of cost in many markets.

By way of example, BayWa r.e. (the r.e. stands for "rethink energy") has built the biggest subsidy-free grid-parity solar farm in Europe in Spain. In Thailand, Mr Gaefke expects the commercial and industrial solar rooftop market to account for between 500 MW and 1 GW this year.

"All these projects are not supported by any FIT (feed-in tariff) scheme anymore and the main hurdles to get these projects online nowadays are inefficiencies in the grid connection process," he said.

Meanwhile, policymakers have to make plans for replacing supplies from decommissioned plants. Globally, about 700 GW of coal-fired and nuclear plants will be retired in the next 20 years, according to Mr Fukui. In his view, natural gas is the best complement to renewables as it generates about 50% less carbon dioxide than traditional coal-fired plants and 30% less than oil-fired plants.

"Natural gas usage in the power sector has inherent benefits. It is relatively clean with low levels of sulphur and nitrogen oxide, and half the carbon dioxide emissions compared to coal. Furthermore, when compared to oil products like fuel oil and diesel, the price of natural gas is cheaper," added Mr Chong. 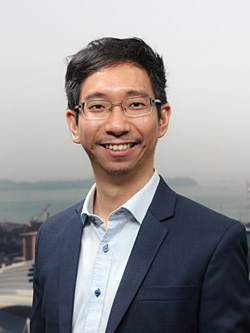 Mr Benzinger expects natural gas to be the only fossil fuel still growing in demand, and at least partly replacing coal for power generation.

"Gas-powered plants are not just a bridge technology, but will most likely stay for the long term. Nevertheless, the requirements for operational flexibility will increase."

In the longer run, he said, the movement toward decarbonisation will result in turbines now powered by gas being fuelled by carbon-neutral fuels such as renewable-based green hydrogen or synthetic methane.

"You cannot put a huge power plant in the middle of a city as land is much more constricted in Asia and Europe compared to the United States," he said, referring to solar and wind farms. "Solar and other renewables will continue to grow but we will need gas as the supporting power."

Paying for all this new capacity is the next challenge. In Southeast Asia alone, an estimated US$2.5 trillion worth of energy investment is needed to achieve national targets.

"Over the next 20 years, we need to see an increase of 80% of the total installed capacity [in emerging markets], which represents billions of dollars of investment capital," said Mr Chong. 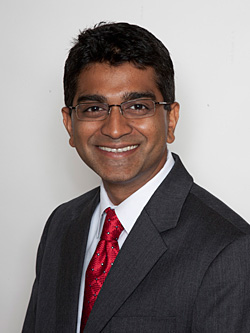 “You cannot put a huge power plant in the middle of a city as land is much more constricted in Asia and Europe compared to the United States,” says Amit Kulkarni of GE Power.

"However, most emerging markets today still lack the capital and income levels are low. This requires them to be extremely sensitive to the cost of electricity. Hence, raising electricity prices to attract investment is often a politically difficult decision."

Government policies are the main drivers of private spending. The International Energy Agency (IEA) has found that more than 95% of power project investment is now based on regulation or contracts for remuneration. But as pressures on the environment mount, policymakers have to strike a fine balance.

"It comes down to the question of whether you think about emissions or affordability," said Mr Fukui. "On one side, you want cheap power, but on the other side, you also want to take care of the environment."

In his view, out of the 400 GW needed in Asia, about 100 GW will come from gas, 50 GW from coal and none from nuclear. About 40 GW will come from wind and 170 GW from solar. The combination of gas and renewables will thus continue to be very important.

"Moving forward, a number of countries are facing declining domestic piped gas production and find themselves faced with the prospect of importing LNG," said Mr Chong. "Unfortunately, LNG is inherently more expensive and new infrastructure will need to be built to accommodate LNG storage and regasification.

"Nevertheless, the outlook for LNG is still bright as most economies in Asia are growing rapidly and will need both natural gas and renewables." 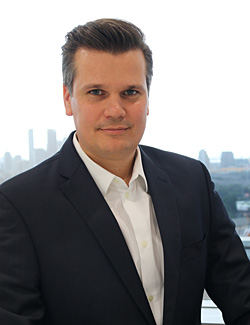 At present, North Asian countries such as Japan, South Korea and Taiwan are fully dependent on imported gas. In Southeast Asia, many countries have domestic gas but are facing declining production so they are shifting toward importing LNG.

"Asia Pacific already accounts for 53% of global LNG trade volume and this number will continue to increase," said Mr Fukui. "By 2023, Asean will shift to being a net importer of fuel, rather than a net exporter. Some countries such as the Philippines, Vietnam and Myanmar are already facing gas constraints."

Mr Gaefke believes that while wind and solar projects will expand rapidly in Southeast Asia, growth in hydro and bioenergy projects will depend heavily on local resources.

"Batteries will only start to play a bigger and bigger role at the end of the decade. Hydro plants in Laos could also act as 'large battery systems' in a combined Southeast Asian grid, for example" he said.

Mr Benzinger sees clear signs that the role of coal will stagnate or even decrease in coming decades as very few countries are building new coal-fired plants. The use of oil in power generation will also shrink.

But given the limitations of renewable energy-dominated systems, backup power technologies with low capital expenditure, high operational flexibility, low emissions and the ability to accommodate carbon-free fuel in the longer term are required.

"Gas-powered plants, either by turbines or engines, are the technologies of first choice," he said.

Natural gas has gained popularity partly due to the discovery of extensive supplies, and the notion that it emits less CO2 than other fossil fuels.

However, its main component methane is also a potent greenhouse gas that traps at least 86 times more heat than CO2 before it degrades. In addition, the process of drilling, extracting and transporting natural gas also releases methane and causes other environmental degradation.

Achieving 100% green energy in the future then becomes the only option.

A few years ago, Stanford University researchers found that in 20-40 years, the world could run largely on power generated from wind, water and solar, with wind and solar power contributing 90% of all energy needs. Geothermal and hydro would each contribute about 4% with the remaining 2% from wave and tidal power, they said.

"Based on our findings, there are no technological or economic barriers to converting the entire world to clean, renewable energy sources," said coauthor Mark Jacobson, a professor of civil and environmental engineering.

"It is a question of whether we have the societal and political will."

Utility-scale solar, rooftop and floating solar, onshore and offshore wind are technologies that developers in Asia are pursuing, albeit with challenges.

"Governments need to think about how renewables fit into the entire power mix and ensure scaling up does not have a detrimental impact on the rest of the power system," said Mr Chong.

According to a UN projection, the world must invest $2.4 trillion in clean energy every year through 2035 and cut the use of coal-fired power to almost nothing by 2050 to avoid catastrophic damage from climate change. However, we are still far behind.

Global energy investment totalled $1.8 trillion in 2017, a 2% decline in real terms from the previous year, according to the IEA.

More than $750 billion went to the electricity sector while $715 billion was spent on oil and gas supply, compared with $236 billion for energy efficiency and only $20 billion for renewables.

"The decline in global investment for renewables and energy efficiency combined could threaten the expansion of clean energy needed to meet energy security, climate and clean-air goals, while we need this investment to go up rapidly," said IEA executive director Fatih Birol.

The share price of Central Retail Corporation Plc ended in the red on the first day of trading Thailand's largest-ever market capitalisation equity.