The Thailand LGBT Expo. The TAT plans to promote Thailand as an LGBT-friendly destination. (Photo by Pattarapong Chatpattarasill)

The Tourism Authority of Thailand is set to increase tourism arrivals from Latin America, in part through a plan to present Thailand as a friendly destination for LGBT travellers.

Last week the TAT organised the first meeting of some 40 tourism operators from Latin America, including from Brazil, Argentina, Mexico, Chile and Colombia, along with Thai operators.

Jefferson Santos, the TAT representative to South America, said there is a huge community of LGBT (lesbian, gay, bisexual, transgender) people in Latin America, especially in Brazil, which has 20 million LGBT people.

"We aim to promote Thailand as a LGBT-friendly destination and show them a safe tourism space by participating in the LGBT travel forum in Sao Paulo, Brazil this June," Mr Santos said.

The TAT will also host the LGBT+ Travel Symposium 2019 during Sept 5-6, he said.

The Latin American market is not large but is emerging and has strong potential, said Runjuan Tongrut, the TAT's executive director for the Americas.

The TAT meeting was expected to create business ties to help achieve a projection of 220,000 arrivals from the region this year. 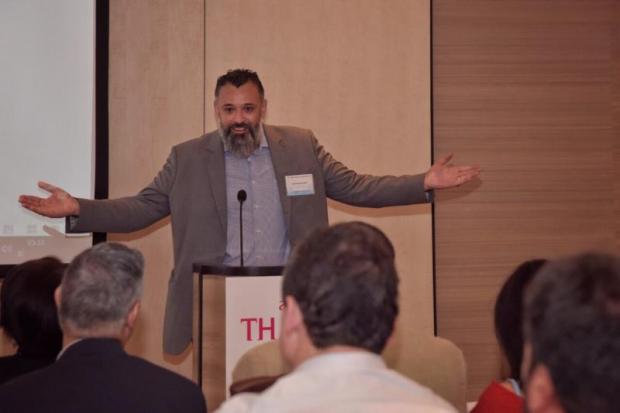 Ms Runjuan said many tourists from Latin America expressed interest in visiting Thailand during the fair to experience different cultures and traditions.

Thailand has many beautiful beaches and numerous islands and cliffs that are unlike the environs in Latin America. Moreover, Latin Americans are excited to try Thai foods and seasonal fruits, especially mangoes, which are juicier and sweeter than those cultivated in Latin America, Ms Runjuan said.

"Even though they have to fly for 30 hours because there is no direct flight from Thailand to Latin America, they want to visit us as part of a once in a lifetime experience," she said.

The Tourism and Sports Ministry said Thailand welcomed 57,450 tourists from South America in the first quarter of 2018, generating 4 billion baht.