Thailand posted income of around 885 billion baht from tourism in the first quarter this year, thanks to a 5% increase in foreign and Thai tourists, says the governor of the Tourism Authority of Thailand (TAT).

"The numbers in the first quarter are quite impressive, even though we had to face various problems such as an unstable political situation, Brexit and the trade war," he said.

"We have to maintain tourism momentum in the low season to achieve our benchmarks for this year with tourism promotions and campaigns."

The TAT said during the first quarter, the waiver of visa-on-arrival fees for 20 countries and marketing activities in one special administrative region contributed to the increase in tourism.

This included the 39th Thailand Tourism Festival, tourism during the Chinese New Year and nationwide activities both in major and secondary provinces, such as the Buri Ram marathon.

He said the agency has taken measures to promote tourism during the green season, collaborating with government, the private sector, airlines, hotels and communities to create packages that will increase income growth from tourism.

The TAT, together with the private sector, tourism operators and local communities, plan to promote various campaigns, such as value packages that can be found online at Teawthaionline.com. It also signed a partnership with luxury hotels and resorts to offer discounts of up to 65% during the rainy season.

Moreover, there are hotel and airline discounts from online travel agencies (OTA) Traveloka and Agoda in second-tier provinces. 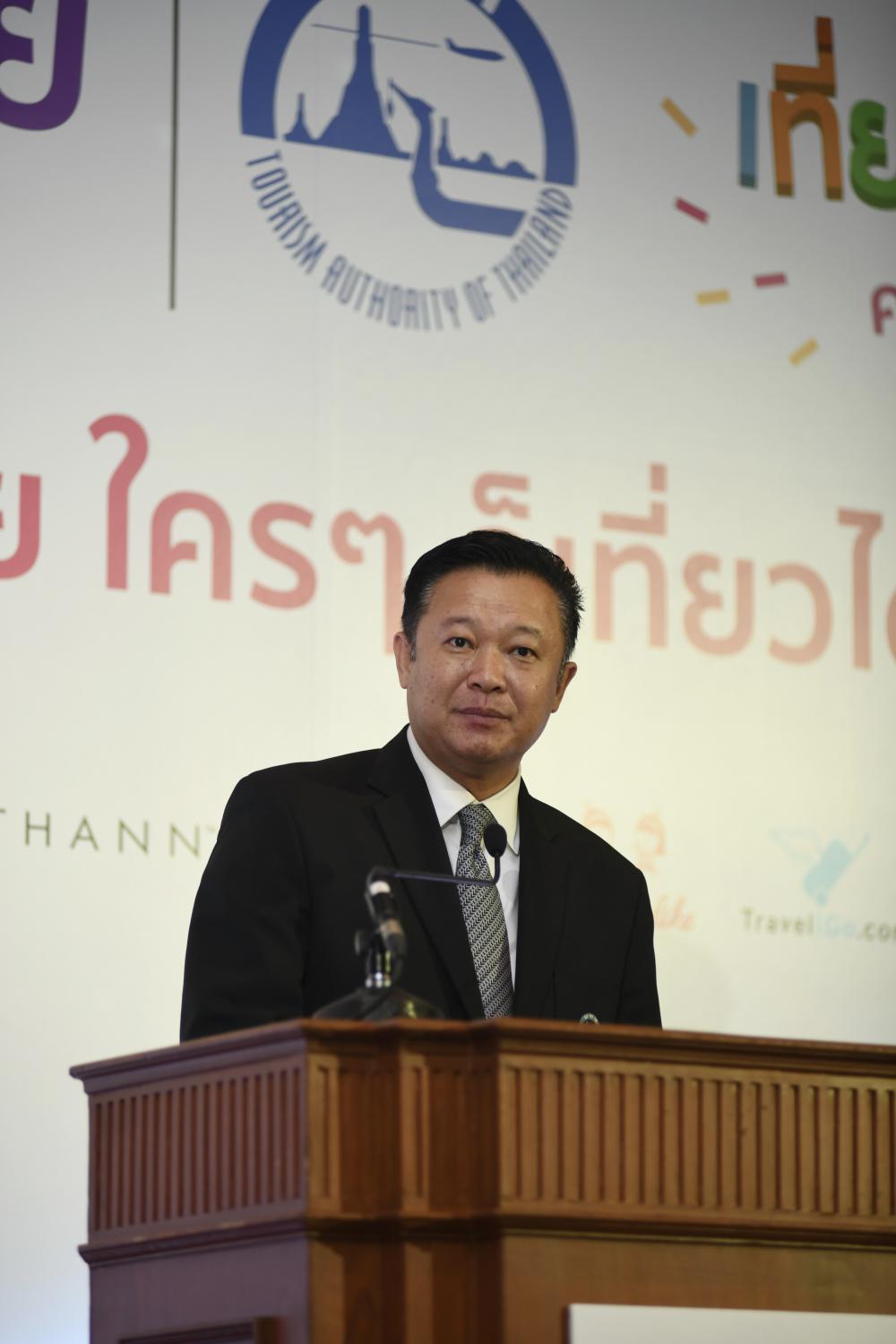 "The TAT encourages everyone to travel during this season, not only because prices are lower but also to benefit from tax deductions for tourism spending," said Mr Yuthasak.

The TAT will focus on short-haul markets, especially China. The agency expects to sign a memorandum of understanding with companies in China to cooperate on tourism, namely China Travel Service and Alipay of Ant Financial Services Group.

Noppadon Pakprot, deputy governor for domestic marketing at TAT, said measures to boost domestic travel during the green season consist of cooperating with agencies and partners, including OTAs and hotels, as well as marketing campaigns presenting the beauty of nature during the rainy season, the fertility of green fields, and festivals.

It plans to co-organise events with various hotels, restaurants and rental car services in upcountry regions.

Sujitra Jongchansitto, deputy governor for tourism products and business, said the TAT has collaborated with companies to organise travel packages along 80 routes, which can be purchased until Sept 30. The packages encourage tourists to visit popular attractions and feature many special privileges.

The TAT is organising activities throughout the rainy season, including the Thailand Cultural Music Festival at Pattaya beach and the Amazing Thai Taste Festival at Siam Square, Bangkok.