On a mission to bring Thaicom back to earth
Business

On a mission to bring Thaicom back to earth

While SET-listed Thaicom Plc, the nation's sole satellite service provider, has its present set in space, chief executive Anant Kaewruamvongs is looking to ground the "sunsetting" segment and diversify the company with new revenue-generating ventures.

"The satellite business is not a basic telecom anymore," Mr Anant says. "The players have to adjust to tech developments and new business models to cash in on varied businesses driven by innovative tech and over-the-top (OTT) media that directly affect the TV business via broadcasting satellites."

Right now is a crucial and precarious time for Thaicom as it awaits the bidding process for the operating rights of three satellites -- Thaicom 4, 5 and 6 -- through a public-private partnership (PPP) after the expiry of concessions in 2021.

"We have to do both, not just wait for the process of PPP from the government," Mr Anant says. "More importantly, in my opinion, satellite business for national security purposes and satellite for commercial purposes should be linked through an operational management structure and properly driven by the government. A partnership between state agencies and the private sector is the key to ensure maximum benefit to the space economy in the long term, as the two parties could complement each other."

The company is also in talks with some of Asia's other satellite operators to form a new consortium-based model to handle the practical operating costs of the satellite business in the future.

Mr Anant, 58, took the helm of Thaicom last May, replacing Paiboon Panuwattanawong, who resigned from all positions in early 2018. He sees the job as the final challenge of his working career, as he plans to take early retirement in the next two years and live an easy life after several decades of "not having much free time".

"Mainly, I would focus on monitoring my own investment portfolio, as well as gardening to relax," Mr Anant says. "I have already reserved some areas for a garden."

In this last period of his work life, he hopes to navigate Thaicom through its next stage of growth and diversify the business amid a critical transition.

"Thaicom has to continue diversifying to include innovative tech, robotics, artificial intelligence (AI) and more emphasis on retail business to capitalise on the end-user segment," he says. "As well, Thaicom must maximise operations of the existing satellites' transponder capacity to ensure greater revenue to serve current demand in the market. 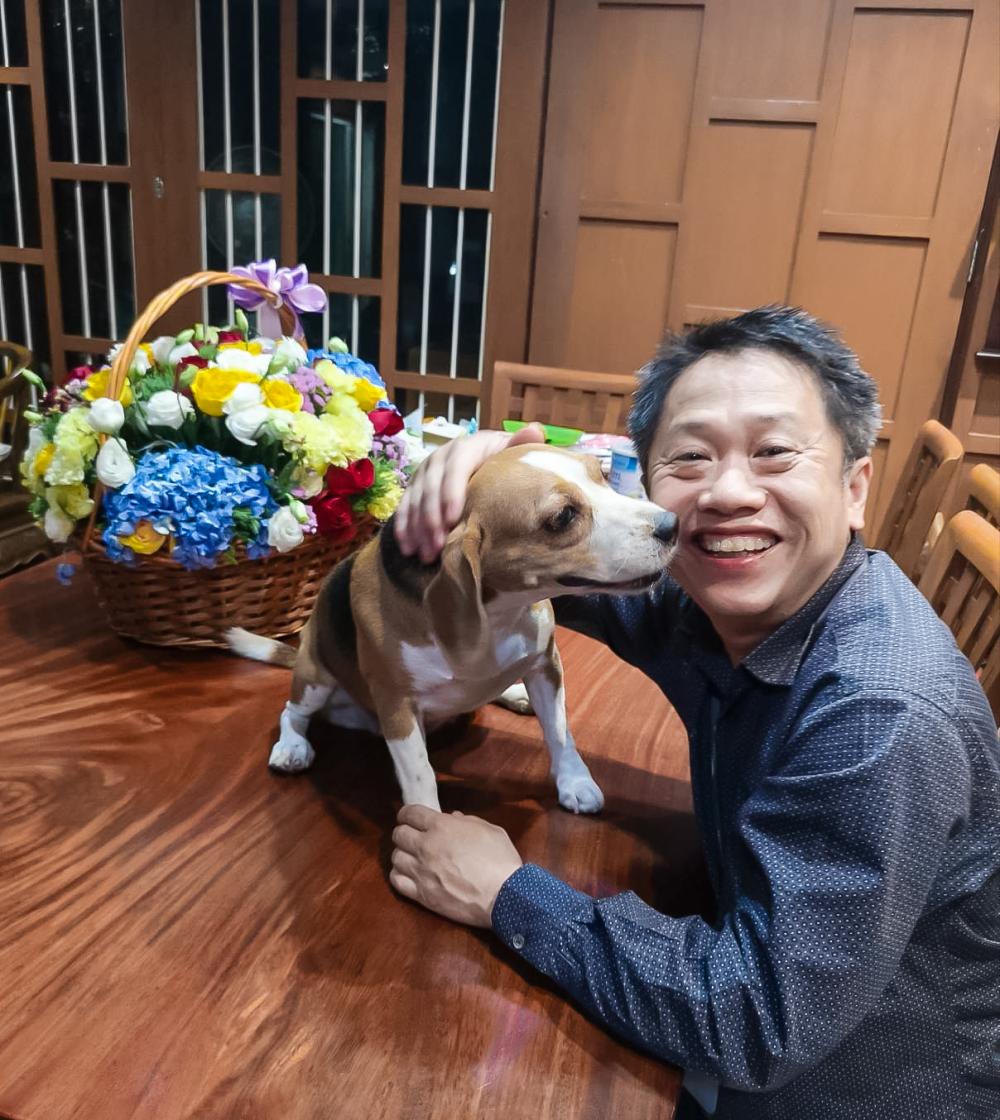 Mr Anant plans to take early retirement in the next two years and focus on his garden.

Mr Anant's own career has been just as diverse. After graduating with a Bachelor of Engineering from Chulalongkorn University, he got a job at British Petroleum. After BP's Thai operations were taken over by state-owned PTT, he moved to the telecom industry to work at International Broadcasting Corporation (IBC), in what he calls a major turning point in his career.

"I was persuaded [by friends at the Sasin Graduate Institute of Business Administration] to apply for an executive position at several interesting companies," he says, "including Thailand's largest refinery and supplier of petroleum products, Thai Oil; Phatra Securities; M Group [formerly Manager Group]; and IBC, the first cable TV provider in the country."

At the time, IBC was mainly managed by future prime minister Thaksin Shinawatra as part of Shinawatra Computer and Communications, later to become InTouch Holdings.

"At IBC, I learned much about both the TV business and telecommunications," Mr Anant says.

He got into the satellite business when he was tasked with negotiating an agreement with the governments of Laos and Cambodia for now-defunct Shin International.

"With Laos, the group operated a free TV business via wholly owned IBC Lao, and for the telecom business through Lao Telecommunications, the Lao government allowed the group via Shin International to hold a 49% stake worth 40 million US dollars," Mr Anant says. "In Cambodia, the group operated free TV through IBC Cambodia, which was wholly owned by Shin International. However, IBC Lao and IBC Cambodia were closed after three years in operation due to the impractical business ecosystem of the markets, as well as some political issues."

Mr Anant began working at Thaicom in 1997 as general manager for CS Satellite Phone, a joint venture that was 51% held by Shin Satellite (the former name of Thaicom) and 49% by CAT Telecom.

"The satellite phone was called ICO, in collaboration with CAT Telecom, which held the international rights for providing service at that time," he says. "However, the ICO project ended because it was too expensive for project investment, the retail price and its airtime package."

Mr Anant then started working for another joint venture of Thaicom and former executives of Loxley Group -- CS LoxInfo -- as deputy managing director in 1999, ultimately serving as chief executive from 2013 until last year.

"There were many challenges working in my fields for almost 30 years," he says. "I could say that I worked in fields that had no practical tech support as exists in the present time, especially internet connectivity and updated information. Even for the work in the beginning stages of CS LoxInfo, the body of knowledge for the internet was still very new and complicated. The company had to resolve unpredictable daily problems, as it was hacked for its usernames and passwords to sell on the black market."

Through it all, Mr Anant has developed a distinct philosophy on management.

"I have learned that we have to think outside the box to resolve problems that have grown in sophistication due to tougher business competition," he says. "More importantly, preparation for handling what will happen is critical for executives, through planning and prioritising, though it means you have to make accurate predictions, too."

But despite the many hats he wore in his career and the decisions he made, Mr Anant says he has no regrets.

"What would be better or worse for working life, nobody can give a precise answer," he says. "But we should respect what we select and enjoy what happens in the present time."

Philippines says no compromise on 2016 sea victory against China

The Philippines will adhere without compromise to a 2016 court victory that nullified China’s claims in most of the South China Sea, its top diplomat said.

HONG KONG: Hundreds of thousands of Hong Kong citizens queued to cast ballots over the weekend in what the Chinese-ruled city's opposition camp says is a symbolic protest vote against tough national security laws directly imposed by Beijing.

The number of coronavirus cases in Indonesia exceeded 75,000 as infections in the two largest hotspots continued to accelerate after the government eased physical-distancing curbs more than a month ago.