The government is being advised to come up with more attractive investment perks to lure foreign companies ravaged by the ongoing trade row to relocate their production bases to Thailand. 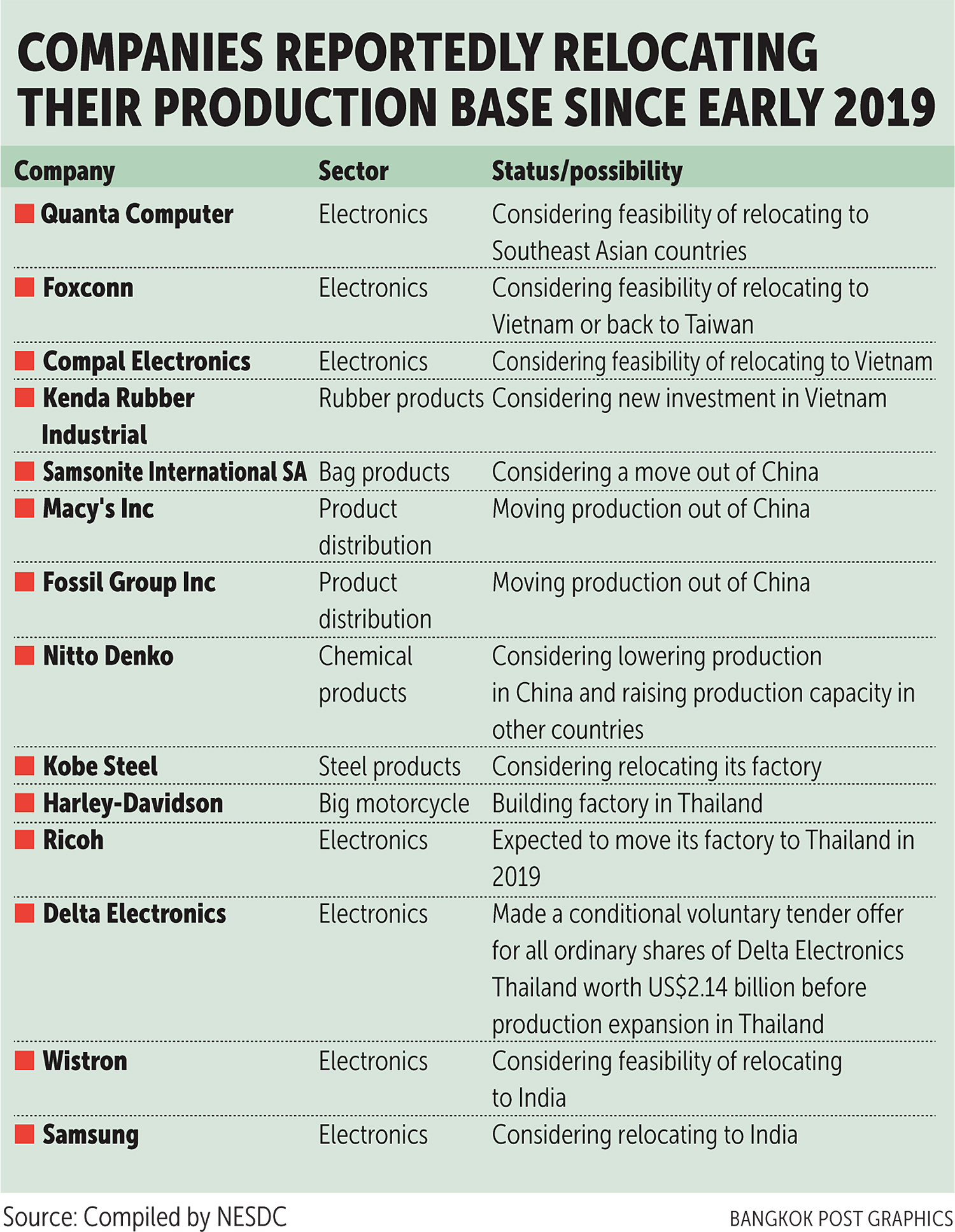 Thosaporn Sirisamphand, the secretary-general of the National Economic and Social Development Council (NESDC), said the special investment packages may need to be introduced to attract foreign companies that are being affected by the trade war to relocate to Thailand.

"In times of trouble like this, many foreign companies are believed to be seeking greener pastures for investment," he said. "Investment policies should be attractive enough to entice them to choose Thailand as a base, not only for factory relocation but also production capacity expansion."

Mr Thosaporn said the NESDC's study found that trade squabbles between the US and China since 2018 have led a number of industrial factories in the two countries to consider relocating their production bases to other countries.

He cited a recent survey by the American Chamber of Commerce in China (AmCham China) that showed increased tariffs between Washington and Beijing hurting the competitiveness of US firms operating in China.

Many are moving or planning to relocate their factories elsewhere in the world, the survey said.

On May 22, AmCham China said in a report that US companies were facing increased government inspections, slower customs clearance and slower licence approvals.

Nearly 75% of the 250 companies that responded to the group's survey said the recent tariff hikes by the US and China were having a negative effect on their business.

The survey was conducted after China and the US raised tariffs on each other's imports earlier this month.

More than 40% were considering moving their manufacturing facilities out of China or had already done so, AmCham China said.

Their preferred destinations were Southeast Asia and Mexico. Less than 6% of the respondents said they were considering moving to the US.

An earlier survey conducted between August and September 2018 showed that nearly 65% of respondents wanted to stay in China.

One in five US companies said they had faced increased inspections by Chinese authorities, while 20% said their goods entering the country had been delayed by customs.

Mr Thosaporn said the trade war is likely to change the production base of the world for electronics products from China to Southeast Asia.

The relocation would become especially visible in the latter half of this year when the trade war is expected to become heightened.