The government has hailed the latest upgrade for Thailand in the international competitiveness ranking, saying the jump of five spots reflected a sustained effort by state officials over five years.

He said Thailand must accelerate economic restructuring to produce new products from 12 targeted industries as soon as possible to replace traditional industries.

"Thailand can beat Malaysia in the global competitiveness ranking in 5-10 years if both the public and private sector join hands to overcome obstacles and continue to stimulate investment," Mr Somkid said. "More importantly, we need to have no political problems. We should not be careless, because other countries such as Indonesia are keen for development progress."

According to the latest report by the International Institute for Management Development (IMD) of Switzerland, which rated 63 economies for their economic performance, government efficiency, business efficiency and infrastructure, Thailand improved from the 30th spot last year to 25th.

Thosaporn Sirisamphand, secretary-general of the National Economic and Social Development Council, said Thailand's ranking was the highest in 15 years. 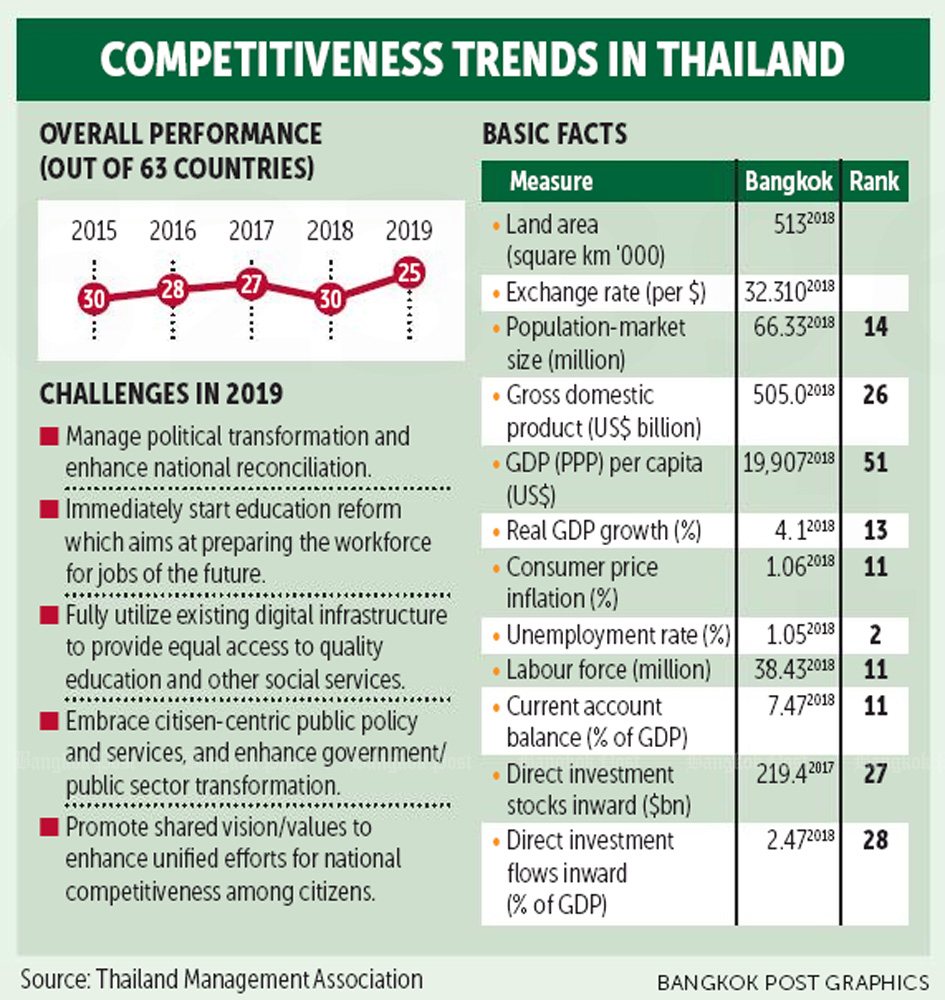 Thailand ranked third in Southeast Asia, following Malaysia (unchanged in 22nd place), and Singapore, which topped the regional chart and ranked first in the world, up from third last year in a straight swap with the US.

The IMD ranking is based on an evaluation of economic performance, government efficiency, business efficiency and infrastructure.

Thailand's ranking improved from 10th to eighth in economic performance, 22nd to 20th for government efficiency, and 48th to 45th for infrastructure. Business efficiency fell from 25th to 27th.