Motorcycle production set to increase by up to 4% this year

Thai motorcycle production is projected to increase by 2-4% to 2.10-2.15 million units in 2019, supported by positive factors affecting both domestic and export markets, says Krungsri Research. 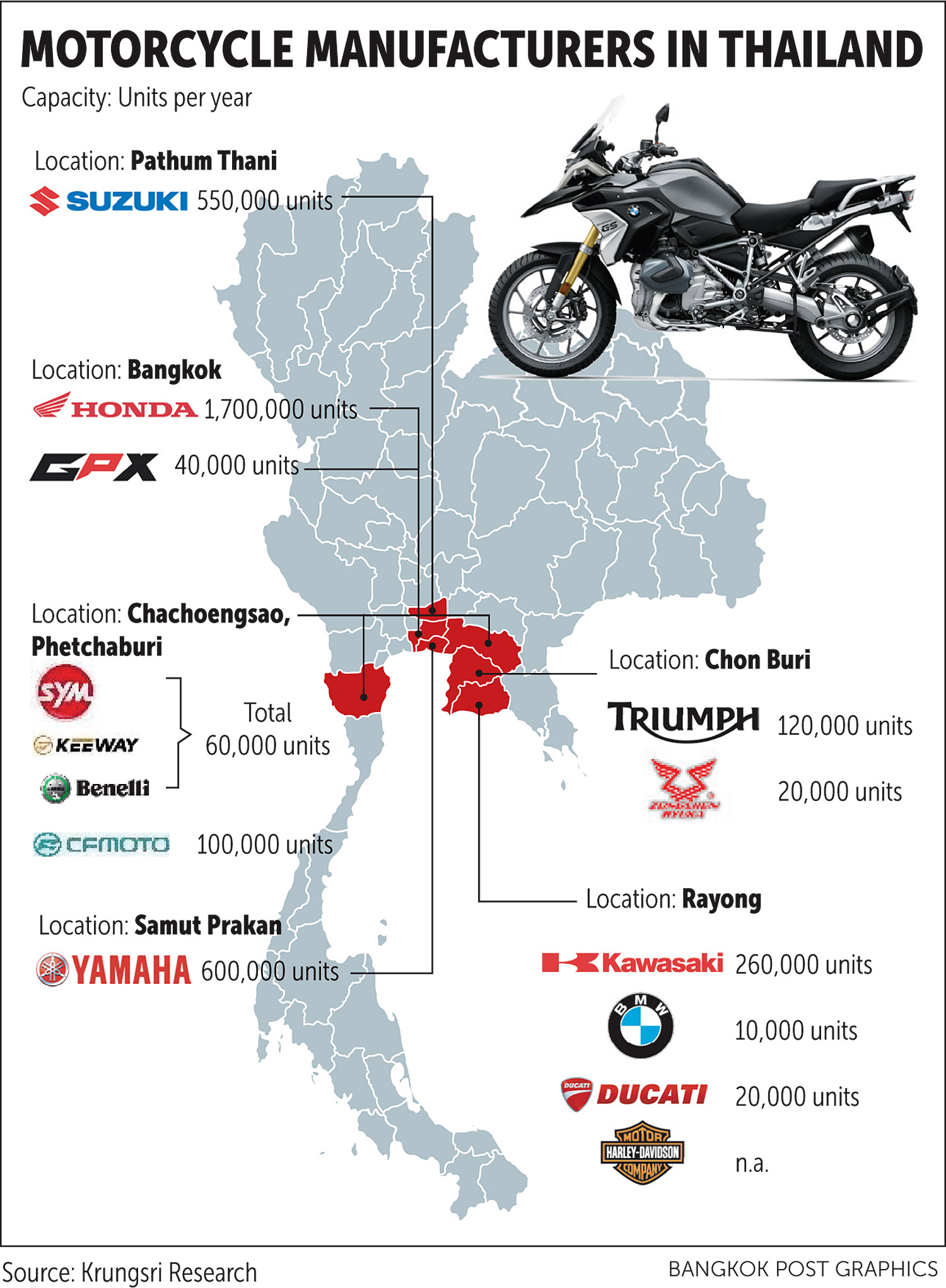 "The domestic sales of motorcycles should return to a period of sustained growth as a result of the overall Thai economy seeing a steady expansion," she said. "The Small Business Credit Guarantee Co has initiated a programme to assist motorcycle taxi drivers by providing a loan to buy a new motorcycle, up to 100,000 baht, with an additional 50,000 baht for repairs to solve problems with debts to unregistered lenders and excessive outstanding credit card balances."

Post-election sentiment has increased the amount of money in circulation in provincial economies.

But the growth pace is likely to slow, partly due to adjustments to motorcycle excise duties that are being revised in line with CO2 emissions, effective from early 2020.

She said competition in the local motorcycle market is turning more intense with both Thai-made and imported motorcycles.

"This may increase costs for manufacturers and distributors to spend more on marketing campaigns in order to preserve their market share," Ms Wanna said.

For Thai motorcycle exports, completely built-up (CBU) units are anticipated to grow at a faster pace once Harley-Davidson starts up its assembly line in Rayong to use Thailand as an export hub for China and Southeast Asia.

But Krungsri Research sees clouds on the horizon with a hike in import duties that the US is considering for its trade protectionism policy for Thai-made motorcycles under Section 232 of the 1962 Trade Expansion Act.

The US is Thailand's biggest export market for motorcycles, Ms Wanna said.

But the shipment of completely knocked-down (CKD) kits should rise steadily with increasing demand for motorcycles to be reassembled in Japan and Southeast Asia over the next three years.

In 2018, Thailand was home to 12 motorcycle factories that made bikes under 14 brand names. These had a total production capacity of 3.66 million units a year.

The big four Japanese producers of Honda, Yamaha, Suzuki and Kawasaki dominate the output, accounting for a combined 87% of Thailand's production capacity.

In 2018, local production of motorcycles reached 2.1 million units, edging up 0.4% from the previous year.