A man walks past a signboard listing Pheu Thai Party policies during the election campaign in March. (Photo by Varuth Hirunyathep)

The Finance Ministry is likely to delay its balanced budget goal if the new government strictly pursues populist campaign promises, says a senior official at the Fiscal Policy Office (FPO).

Even if the government is able to deliver a raft of populist measures that delay the balanced budget target, the effort would not deteriorate fiscal stability over the next 5-10 years, given the country's low public debt, said Pisit Puapan, director of the Macroeconomic Policy Bureau.

The Finance Ministry's think tank has not estimated how much populist campaign promises by the Pralang Pracharath Party (PPRP) and its allies would cost, he said.

Thailand has run a budget deficit since fiscal 1999, with the exceptions of 2005 and 2006. The Finance Ministry is eager to curb the deficit to strengthen its fiscal position as a cushion for any economic crisis that could erupt in the future.

The ministry recently estimated that the country would reach a balanced budget by 2026 if principal and interest payments were excluded, or by 2030 if they were included.

Mr Pisit said the government still has fiscal room to implement populist promises because the country's public debt, which stood at 42.1% of GDP at the end of April, is far below the 60% threshold set under the fiscal sustainability framework. 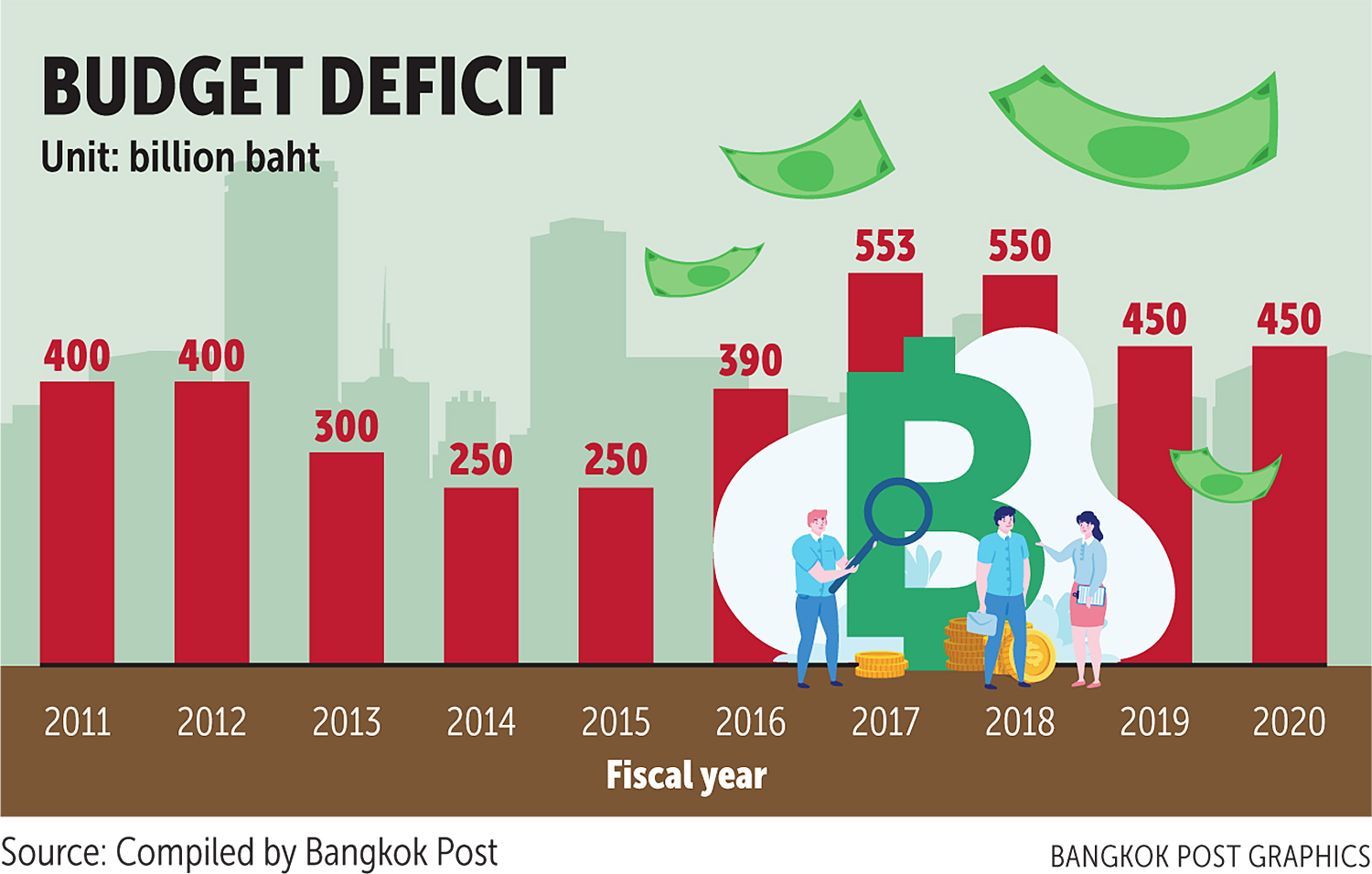 Moreover, the Fiscal Responsibility Act is another tool to help prevent the government from overspending on pork-barrel election promises, he said. The act, which has been enforced since April this year, is designed to maximise budget spending and prevent politicians from repeatedly using off-budget borrowing to finance projects.

Foreign-denominated public debt must not exceed 10% of the overall public debt and 5% of exports and services.

A slew of welfare policies were touted in the run-up to the general election, prompting concern as to whether such election promises would deteriorate Thailand's fiscal position.

In another development, Mr Pisit said the FPO is mulling which measures will be included in the economic stimulus package to be proposed to the new government.

Measures that could be used immediately are those to ramp up spending for 14.5 million welfare smartcard holders and increase state enterprise investment, he said.

For fiscal 2020 budget expenditure, expected to be 3-4 months late from the start of the fiscal year on Oct 1, 2019, Mr Pisit said it would have no affect on regular budget, as it can be disbursed based on the fiscal 2019 budget, but new investment cannot be done so.