The Stock Exchange of Thailand (SET) index rallied on Wednesday to an eight-month high as investors priced in growing external optimism over lessened trade tensions and dovish monetary policies.

Mr Trump also said he had a “very good telephone conversation” with his Chinese counterpart.

“Market participants have priced in positive developments on the lower interest rate outlook and [bilateral] trade talks, but they have yet to price in results of the trade talks, which are still shrouded in uncertainty,” Mr Nuttachart said. 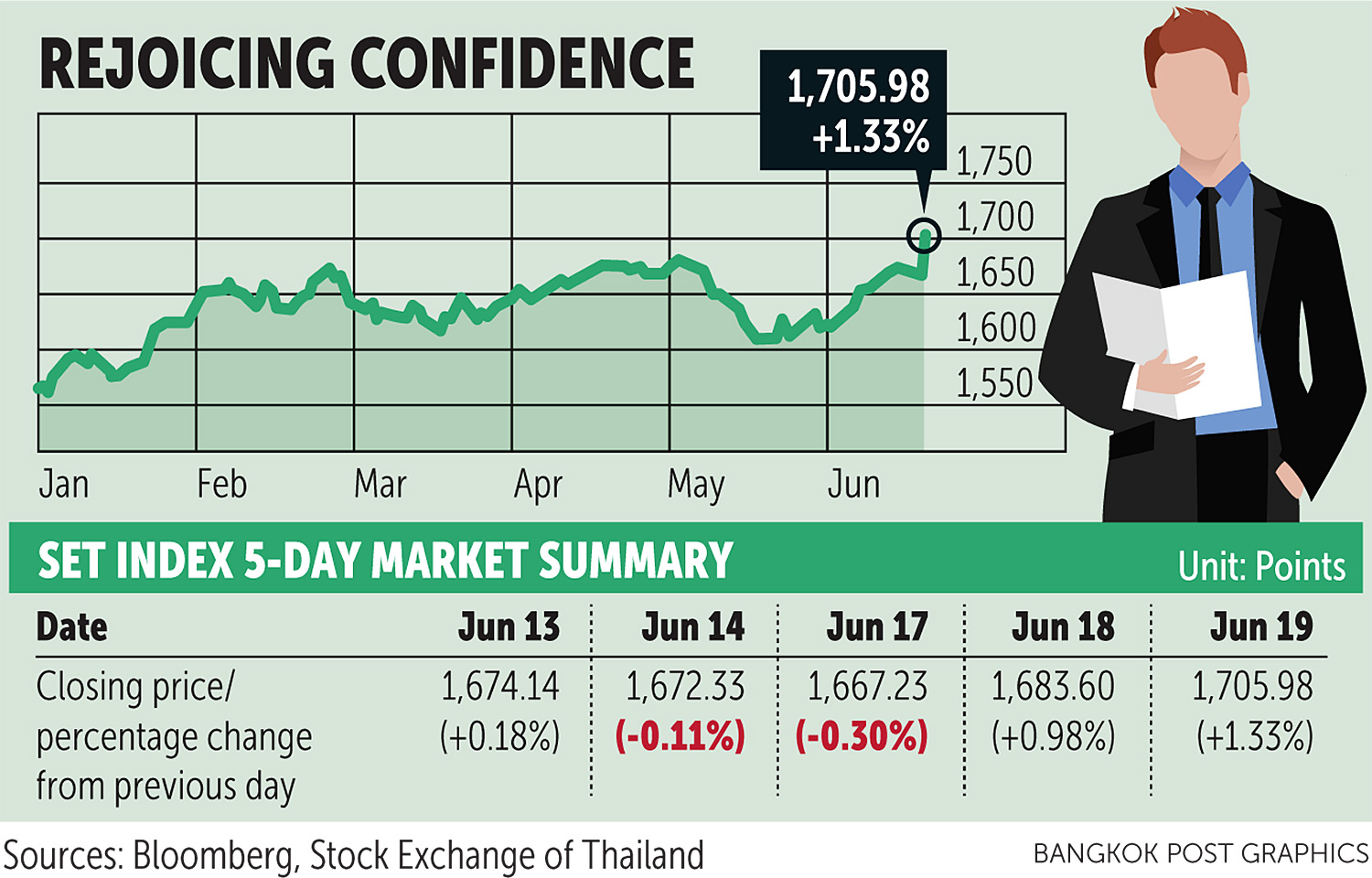 Institutional investors were the largest net buyers of shares at 9.35 billion baht.

The SET index’s rally was in line with gains seen in other Asian indices, with Hong Kong’s Hang Seng up 2.6% and Japan’s Nikkei 225 up 1.7%.

Investors speculated in Airports of Thailand shares after King Power Group promised AoT that it would pay a guaranteed 23.5 billion baht for first-year operations of commercial areas at Suvarnabhumi duty-free shops and other shops located in Phuket, Chiang Mai and Hat Yai airports, said SCB Securities managing director Sukit Udomsirikul, noting that the sum is higher than the 14.5-billion-baht estimate of SCBS.