A banker getting his sea legs in fintech
Business

A banker getting his sea legs in fintech

Rungruang Sukkirdkijpiboon talks about launching Dolfin and adapting to change.

With fintech companies growing rapidly and challenging established banks by harnessing new technologies, plenty of C-level bankers have left the traditional financial services industry to join fintech firms, and Rungruang Sukkirdkijpiboon is among them.

After resigning from SCB, where he worked for nine years, and taking a break for a year, he was approached by his former boss at SCB, Yol Phokasub, now president of Central Group, to become chief consumer officer overseeing Central Department Store's The One Card in 2017.

But Mr Rungruang had worked at the card member unit for a mere couple of weeks before he was assigned another job to incubate the e-finance joint venture firm from its launch in late 2017. He eventually took the top job at the joint venture in July 2018.

Although he'd worked in the financial sector, where senior-ranking executives enjoy special benefits and treatment, for nearly two decades, Mr Rungruang says he found it easy to adapt to the new working culture of an agile fintech firm.

"During my career break, I stayed at home for a year," he says. "I'm a normal guy and a dad. At home, I have no maids. My wife and I do all the housework ourselves. I've washed my car by myself for a long time."

His down-to-earth characteristics and the flat organisational structure are evident when he opens the office door (using facial recognition technology) and takes a walk around the office, where employees share working space.

At Central JD Money, workers are allowed to create their own job titles and they don't have a job description, he says, adding that they can perform at their full potential in line with whatever working role.

"We've focused on the spirit of the staff rather than form," says Mr Rungruang, himself looking relaxed in polo shirt and jeans -- the understood dress code of tech companies. 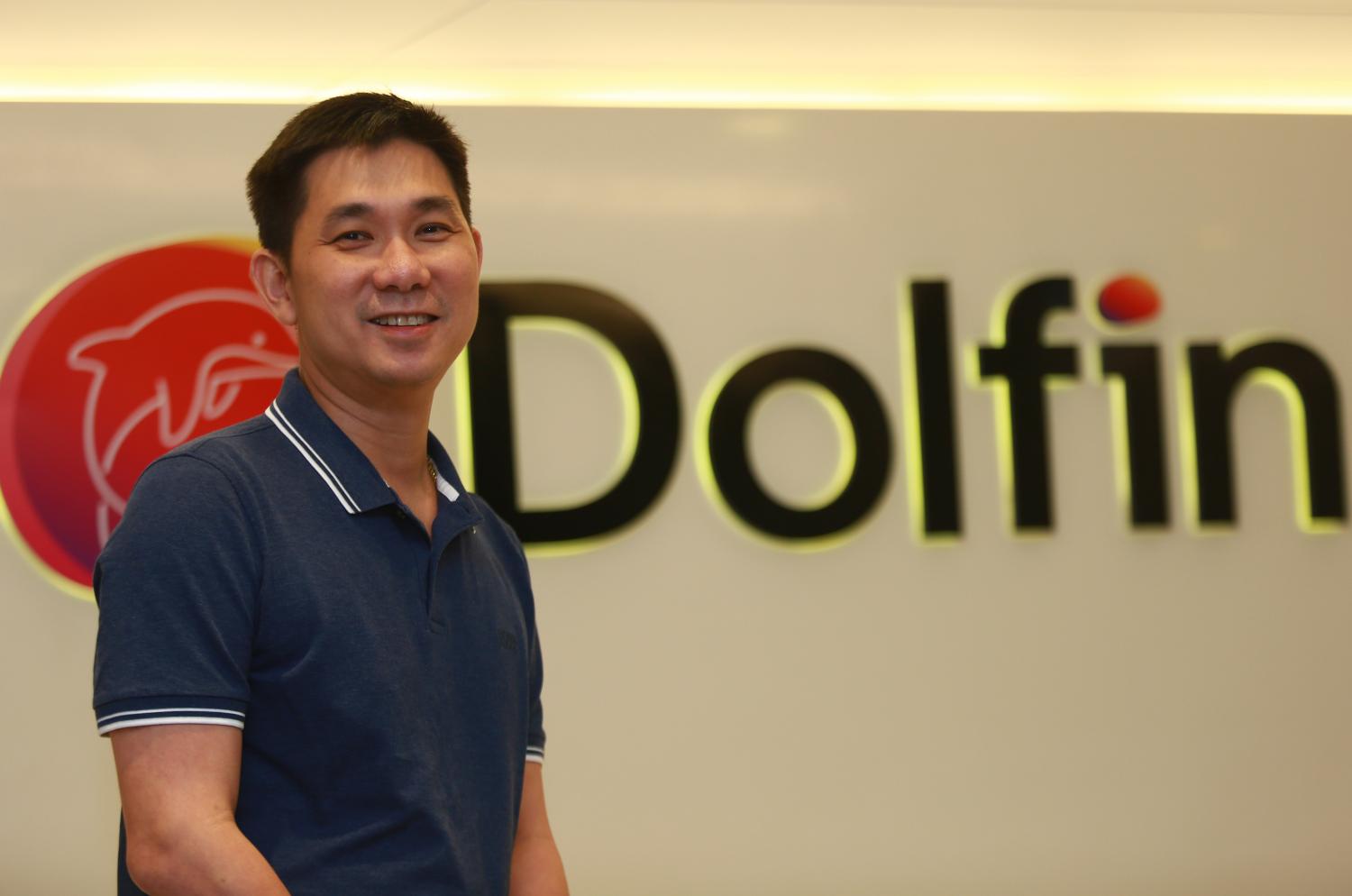 Mr Rungruang says he found it easy to adapt to the new working culture of an agile fintech firm.

To catch up with the real demand of customers and sustain the business in the long run, the company has paid more attention to product concerns rather than the number of launched products.

One such product is Dolfin Wallet, an e-wallet developed by Central JD Money that supports payments and money transfers.

Mr Rungruang started his working career at Siam Cement Plc after earning a Master of Business Administration in the US. After a short period he moved on to Anderson Consulting (later renamed Accenture) in 1996.

Like many financiers who worked at GE Capital, he credits the company for providing a sort of financial education.

"GE Capital was a good training school for me and many Thai financiers, most of whom are now executives at the country's big banks and corporate firms," Mr Rungruang says. "I also had several experiences and opportunities and learned a lot of things there."

After working at GE Capital for seven years, he was approached by Standard Charted Bank Thai to oversee the consumer finance unit.

StanChart at the time planned to run the consumer finance business as a new entity separate from the existing one, whose main business is wholesale banking.

Mr Rungruang says a feasibility study found that running a retail banking business under a non-bank company model was not economically viable for StanChart, as the bank's competitiveness was insufficient to vie with the large, entrenched players in the space.

The bank eventually decided to called off the plan and he resigned.

"As a professional, you should be honest with your heart and you should be brave enough to oppose a command or direction you disagree with," he says. "I believe that such a thing is helpful and better for an organisation. If you feel something is in opposition with your beliefs and it's impossible, you'll be uncomfortable with it and it isn't useful to stick around with that thing."

Shortly after his departure from StanChart, he pursued a career in the banking field at SCB, where he took responsibility for a wide range of retail banking areas with the exception of back-office operations and financial analysis.

When he began working at SCB in 2007, the bank had positioned itself as a retail-oriented bank, which matched his expertise.

With extensive experience in consumer finance from foreign financial institutions, he thought he could help SCB in the field.

At the bank, Mr Rungruang had the opportunity to take part in creating several innovative financial products and services, such as step-up rate deposit accounts and deposit and withdrawal slips on which a customer doesn't need to fill in all the details.

He also was involved in developing and rolling out SCB Easy Net, the online banking website.

"It's a place that provided me with a chance to interact with colleagues who have the same inspiration," he says. "So I was happy to work there."

But all things must end and he decided to leave SCB in 2016. His last role at SCB was as first executive vice-president of retail banking solutions.

"When you steer something, you should stick with one direction," Mr Rungruang says. "If you change tack and cannot convince me to believe in the same thing, you need to find someone new to replace me."