Connected mobility hardware and software, which could lead to products such as an IoT-enabled mobile office, will be a major focus of Bosch in Southeast Asia.

Bosch, the Germany-based global supplier of technology and services, is stepping up its focus on providing both hardware and software for connectivity in urban mobility, fourth industrial revolution (4IR) and smart city applications. The effort is paying off in Southeast Asia due to high demand from businesses in the region.

As 4IR gains traction, Bosch expects that more companies in Southeast Asia will embrace digital transformation in the coming years. It is offering its experience to provide more efficient and flexible plant controls to enable businesses to maximise output.

Meanwhile, there are plans to expand manufacturing and further develop relationships with Chinese companies to capitalise on regional projects under the Belt and Road Initiative (BRI). Thailand's Eastern Economic Corridor (EEC) is also on its radar.

"Bosch is going through a time of real transformation and the speed of the transformations is quite incredible," said Martin Hayes, president of Robert Bosch Southeast Asia, who has been with the company for 33 years. The company is now celebrating its centennial in Southeast Asia this year. 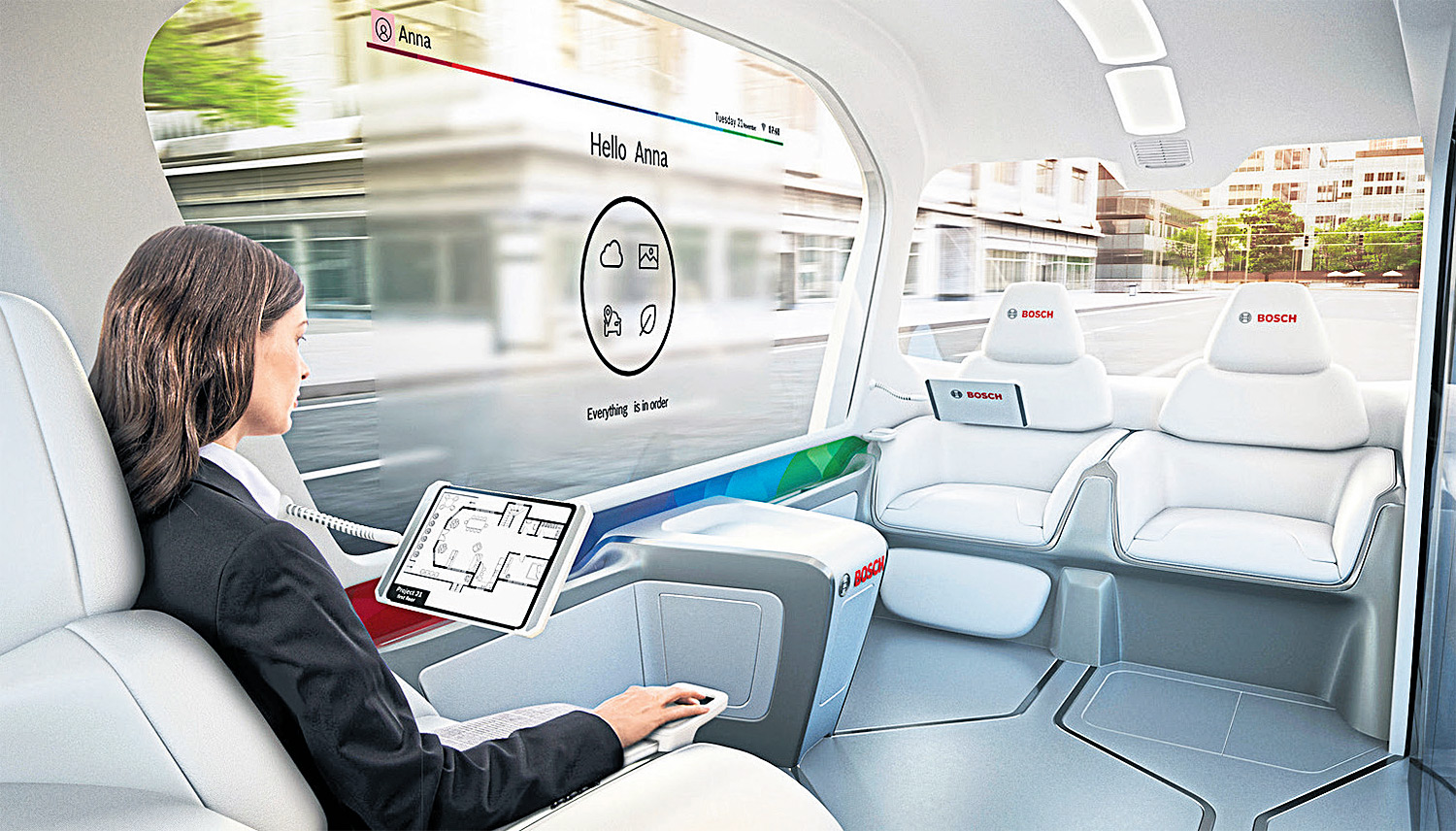 Mr Hayes was formerly executive vice-president at Bosch Automotive Thailand. Based in Singapore since 2011, he is currently responsible for automotive original-equipment sales to customers in Southeast Asia and Australia. Bosch employs some 10,000 people in Southeast Asia, including 1,380 in research and development.

"Our strategy is to lever on our expertise in hardware and software and services by positioning ourselves as a technology and innovation leader," he told Asia Focus.

"Whether you come to Bosch through power tools or automotive products, web-enabled devices in the area of connectivity are certainly a big thing for us right now," said Mr Hayes.

One of the challenges in Southeast Asia is diversity, so how Bosch connects with local markets is important, he believes. Therefore, when designing a product, it has to make it relevant for the region. For example, the company is now moving into the aquaculture field, with applications developed in Singapore for farmers to use in Indonesia.

"It is basically a system of monitoring how the feed is for the prawns, how clear or alkaline the water is in order to get the best yields from the prawns with a low ecological footprint," explained Mr Hayes.

The company ended its 2018 fiscal year with S$1.34 billion (US$990 million) in consolidated sales across Southeast Asia, an increase of nearly 5% from the previous year.

"2018 was a year led by high demand for the Internet of Things (IoT) and mobility solutions across Southeast Asia," Mr Hayes said when announcing the results in May. "Our strategic focus on connectivity is paying off."

Southeast Asia is "definitely one of the remaining growth regions" for Bosch, and is rising in importance as a global manufacturing hub. The company has seven manufacturing plants across the region: three in Malaysia and two in Thailand with the opening of its mobility solutions factory in Rayong in 2017, along with one each in Vietnam and Indonesia. 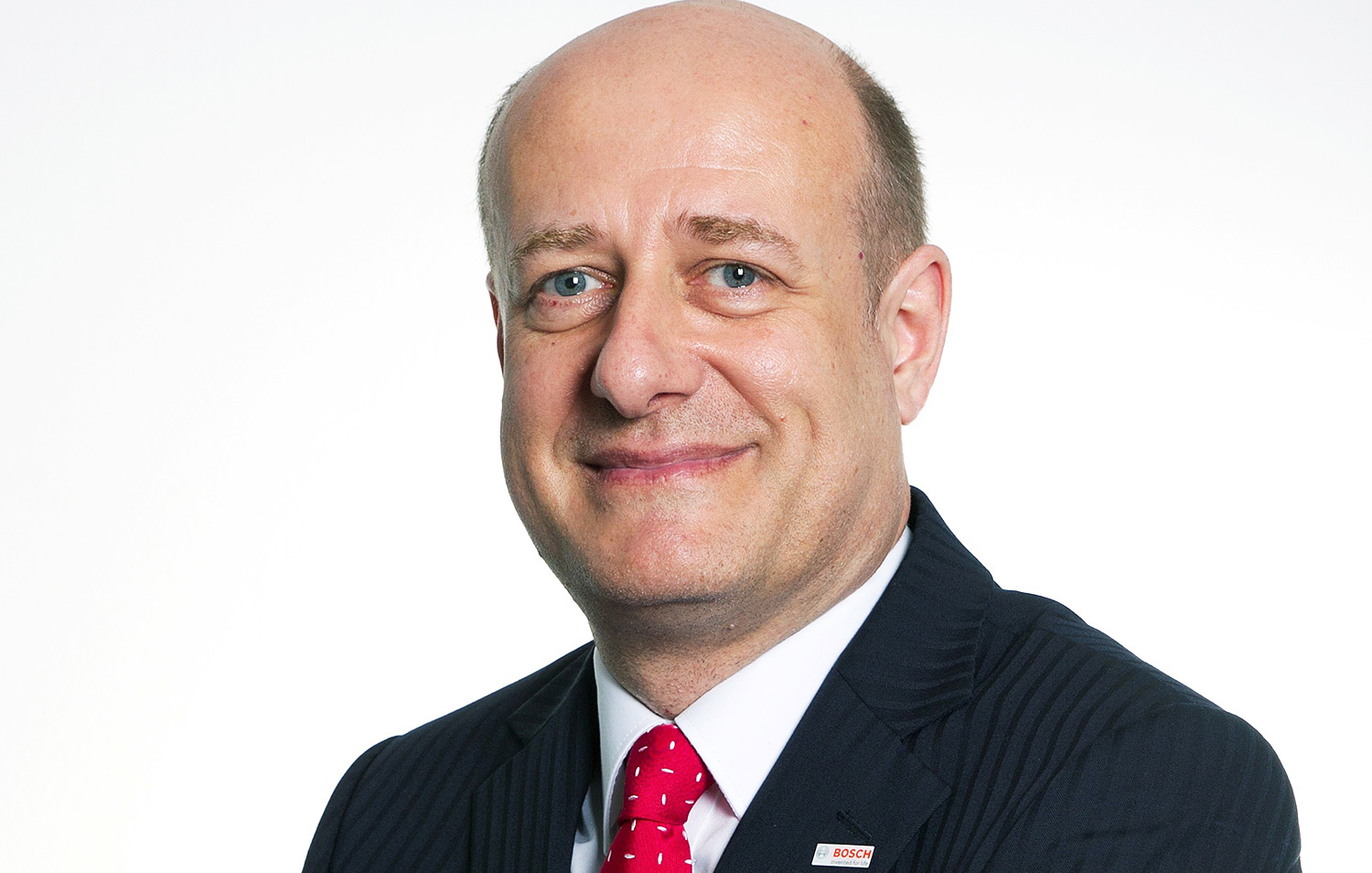 "Whether you come to Bosch through power tools or automotive products, webenabled devices in the area of connectivity are certainly a big thing for us right now" — MARTIN HAYES, President, Robert Bosch Southeast Asia

For its latest factory in Thailand, Bosch has invested €100 million (3.2 billion baht) in a complex covering 10,000 square metres at Hemaraj Eastern Seaboard Industrial Estate, 130 kilometres east of Bangkok. The plant makes a diverse range of mobility solution products and technologies such as components for petrol and diesel engines, electric and compressed natural gas drives and fuel cells for the local and global markets.

Apart from manufacturing, the company also has nine R&D centres in Singapore, Vietnam, Malaysia and Thailand. Asked about plans to expand manufacturing capability in Southeast Asia, Mr Hayes said there "definitely" would be more news.

He did not say where will the next plant may be but he did mention that expansion of a smaller plant in Indonesia was being studied.

"In the past ten years, Bosch has invested €500 million to facilitate the growth of these plants in the region including the expansion of manufacturing and R&D," he said.

"Furthermore, we are celebrating 100 years in Southeast Asia this year. We started in Indonesia and for that, I have opened up what we view as our digitisation innovation hub in city of Surabaya," he added. Surabaya was chosen, he said, for the "buzz" of its startup and digital scene.

Outside Southeast Asia, Bosch also has plants in China and Japan. And as more Chinese companies move out of China, the opportunity exists to use existing relationships to formulate businesses in Laos and Cambodia.

"This is true especially for Laos where there are a lot of dam and hydropower projects," said Mr Hayes.

Also of "great interest" to Bosch are the many smart city projects in Asean, where the company could apply its building technology including video and 4IR solutions.

"Aside from building technology solutions, we are also pushing quite a lot of Industry 4.0 solutions, especially in the EEC area," said Joseph Hong, Bosch's managing director for Thailand.

"We are in touch with the EEC office and other supporting agencies such as the DEPA (Digital Economy Promotion Agency) and we are working on projects with both government agencies and private players such as industrial estate players to try and collaborate in introducing these innovative and smart solutions," he told Asia Focus.

"We can monitor how people are coming in and leaving the shops -- are they happy, are they feeling gloomy, have they enjoyed the experience? -- and move them on to other aspects within the shopping mall," Mr Hayes explained.

Apart from smarty city projects, another big trend in Southeast Asia is urban mobility, Mr Hayes observes, such as in Singapore where people are being encouraged to move away from privately owned cars and onto shuttles and mass transport.

"That is one of the big trends that is happening," he said. "Electric vehicles (EVs) is also another area where there are things happening in Thailand, Vietnam and the Philippines as well along with connectivity of these vehicles."

In the belief that driving in the future should be "safer, more relaxed and more entertaining", Bosch is now installing technology such as driver monitor cameras that can study gestures and improve control of the vehicle. It has also established a partnership with Pertamina Corp in Indonesia to deploy multiple EV charging stations there.

In Vietnam, the company in 2017 closed a deal with the country's fastest-growing electric scooter manufacturer, Vinfast, to supply parts, drive components and software. Vinfast launched its first electric two-wheeler last November in Hai Phong and expects to release at least seven electric motorcycle models this year.

Mr Hong said Bosch was now in talks with various groups in Southeast Asia including startups about pilot projects in e-scooter and automated guided vehicles (AGV). Other technology that the company provides for urban mobility projects includes air-pollution monitors that work with traffic signals via IoT to help ease congestion during peak travel times and help people to better plan their journeys.

"Urban mobility is transforming the region and Singapore is leading the chase," Mr Hayes said. "At the moment, there is a call for collaboration from the Singapore government where they want three of their districts to have fully automated shuttles by 2025. This is something which means that car ownership is no longer the case, and this can be scaled to different cities around Southeast Asia."