Plastic not so fantastic
Business

Plastic not so fantastic

Retailers in Thailand are making a concerted effort in refusing to provide plastic bags to shoppers.

The Mall Group has completely stopped handing out plastic bags at its department stores, while Tesco Lotus started a plastic-bag-free campaign at some branches.

The moves come amid growing concern over the increasing plastic waste crisis in Thailand, where 2 million tonnes of plastic waste is disposed yearly. The country ranks sixth in dumping such waste.

Environmental awareness among Thais has been promoted for a while, but the issue caught fire after a study in the journal Environmental Science and Technology reported that plastic particles were found in food, water and the air.

According to the report, an average of five grammes of microplastic per week enter the human body.

The widespread microdust problem in the first half of the year also raised concern among the public.

"Producing some 2 million tonnes of plastic waste with half in the ocean, Thailand ranks among the main culprits for dumping a huge amount of trash in the ocean," said Voralak Tulaphorn, chief marketing officer of The Mall Group.

The group on Thursday announced that it will no longer provide plastic bags at department stores of The Mall, Paragon, The Emporium and BluePort.

If customers need a plastic bag from a department store, they have to donate one baht for each plastic shopping bag, with the proceeds supporting environmental organisations. 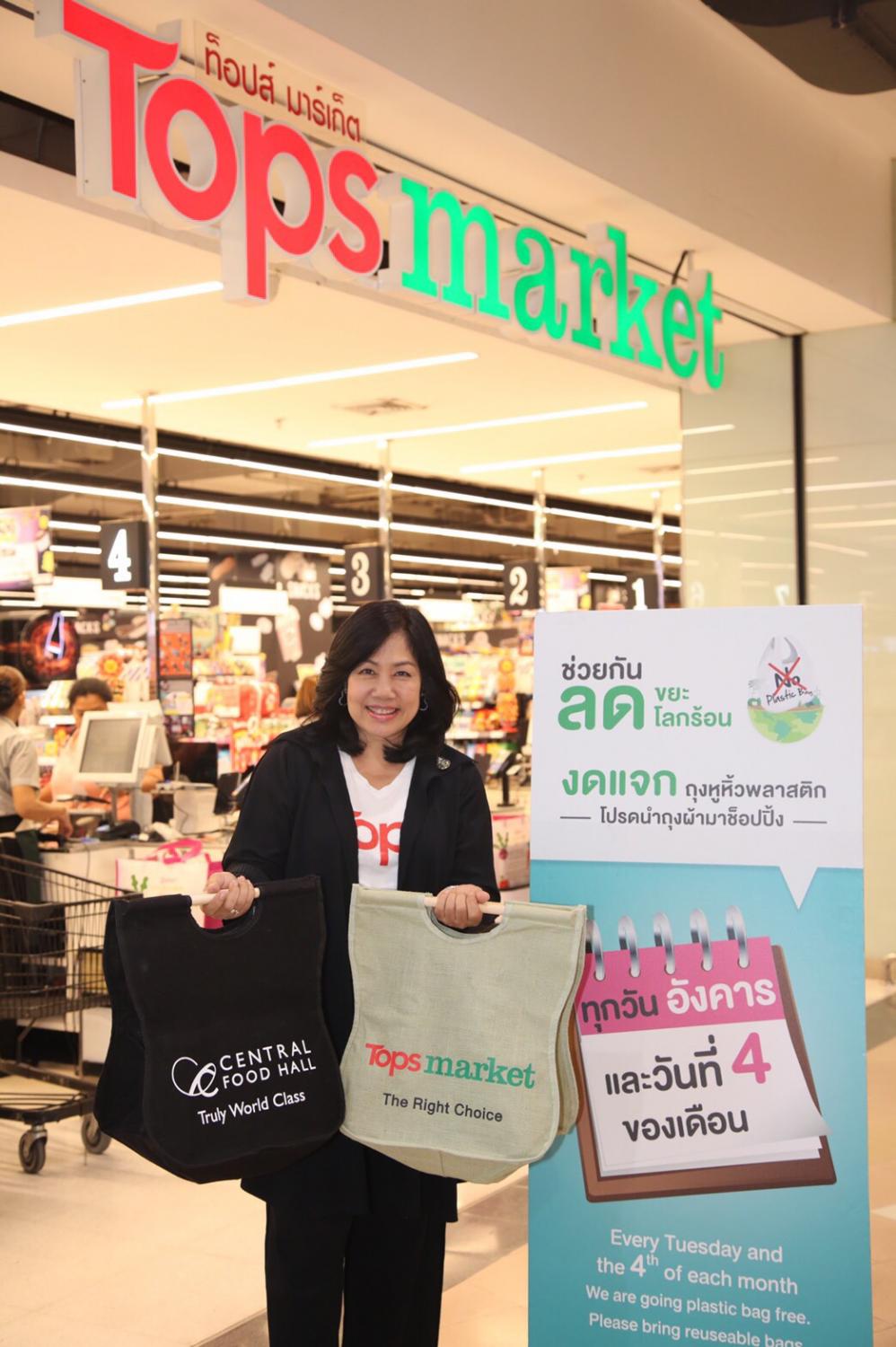 Mrs Phattaraporn says 2.2 million customers said no to plastic bags in the first half of this year.

Including outlets on the island, the chain now has eight plastic-bag-free stores.

"We will introduce more plastic-bag-free stores in the future, focusing first on stores near coastal areas and universities," Ms Salinla said.

Phattaraporn Phenpraphat, vice-president for marketing at Central Food Retail Co, the operator of Tops Supermarket, said the company has stopped giving plastic bag to shoppers for five days a month since June. Last year the campaign ran for one day each month.

According to Mrs Phattaraporn, customer awareness has improved with some 2.2 million customers saying no to receiving plastic bags at Tops in the first half of the year, compared with 1.1 million customers for all of last year.

"We will gradually increase the number of plastic-free days in the near future," Mrs Phattaraporn said.

The company is cooperating with suppliers to replace disposable plastic bags with eco-friendly products and packaging for certain products such as cotton buds and shampoo and will use plant plastics for fresh food and drinks.

Vipada Duangratana, deputy chief executive of Big C Supercenter, said Big C plans to reduce plastic bag usage with the aim of slashing the volume of plastic bags at its stores by 100 million bags over the next five years.

Worawoot Ounjai, president of the Thai Retailers Association, said the group wants the new government to issue laws to compel retailers to cease giving plastic bags to customers, following in the footsteps of retailers in other countries.

A levy for customers who need a plastic bag should also be set for all retailers to apply and the proceeds directed to a fund to finance the activities of environmental preservation organisations, he said.

But the government should allow retailers at least one year to prepare if they agree to the initiative, Mr Worawoot said. 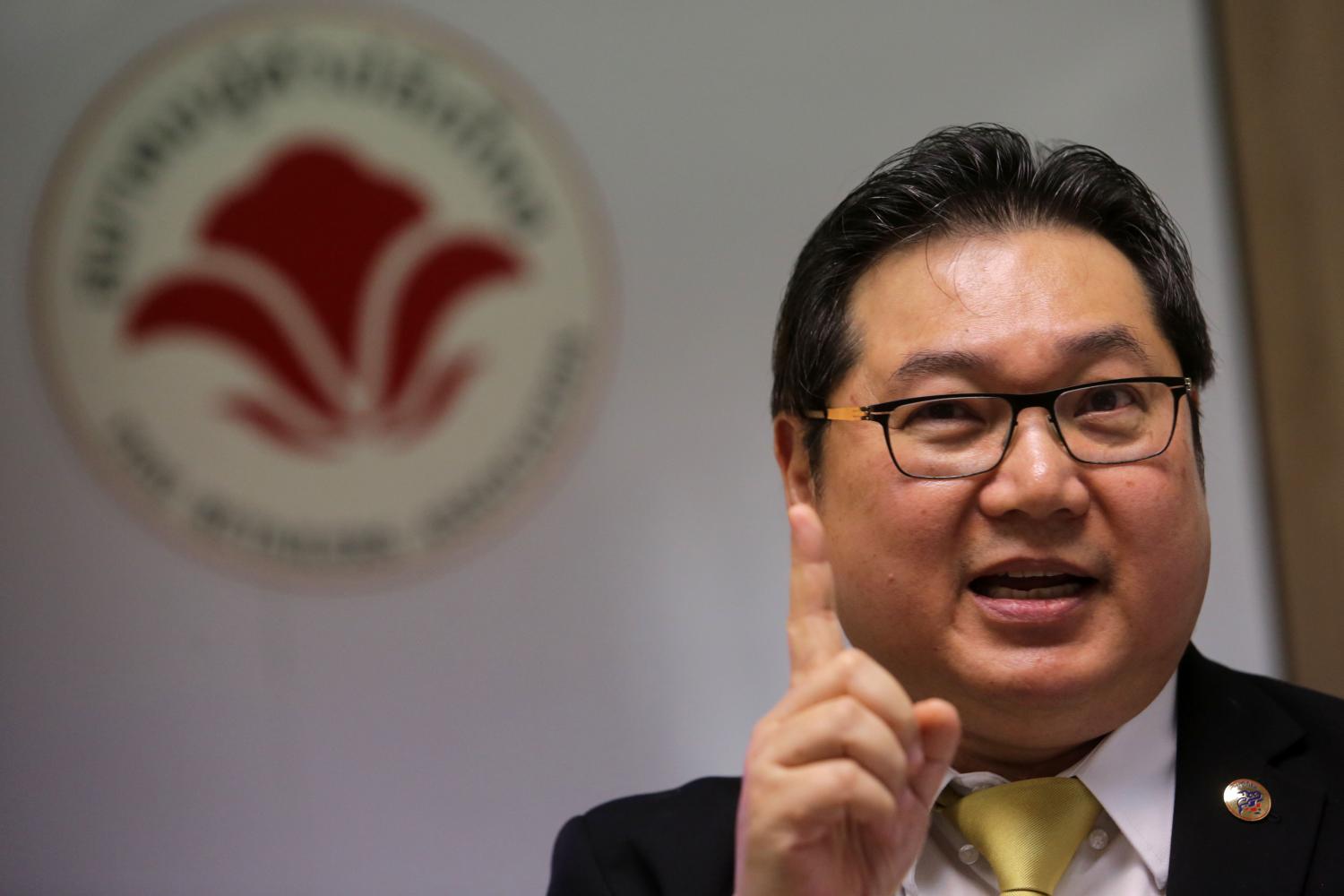