Doing the heavy lifting for Thailand 4.0

While the government's Thailand 4.0 digital economy initiative is vague and amorphous, the goals and responsibilities of the Digital Economy Promotion Agency (Depa) are concrete and focused. 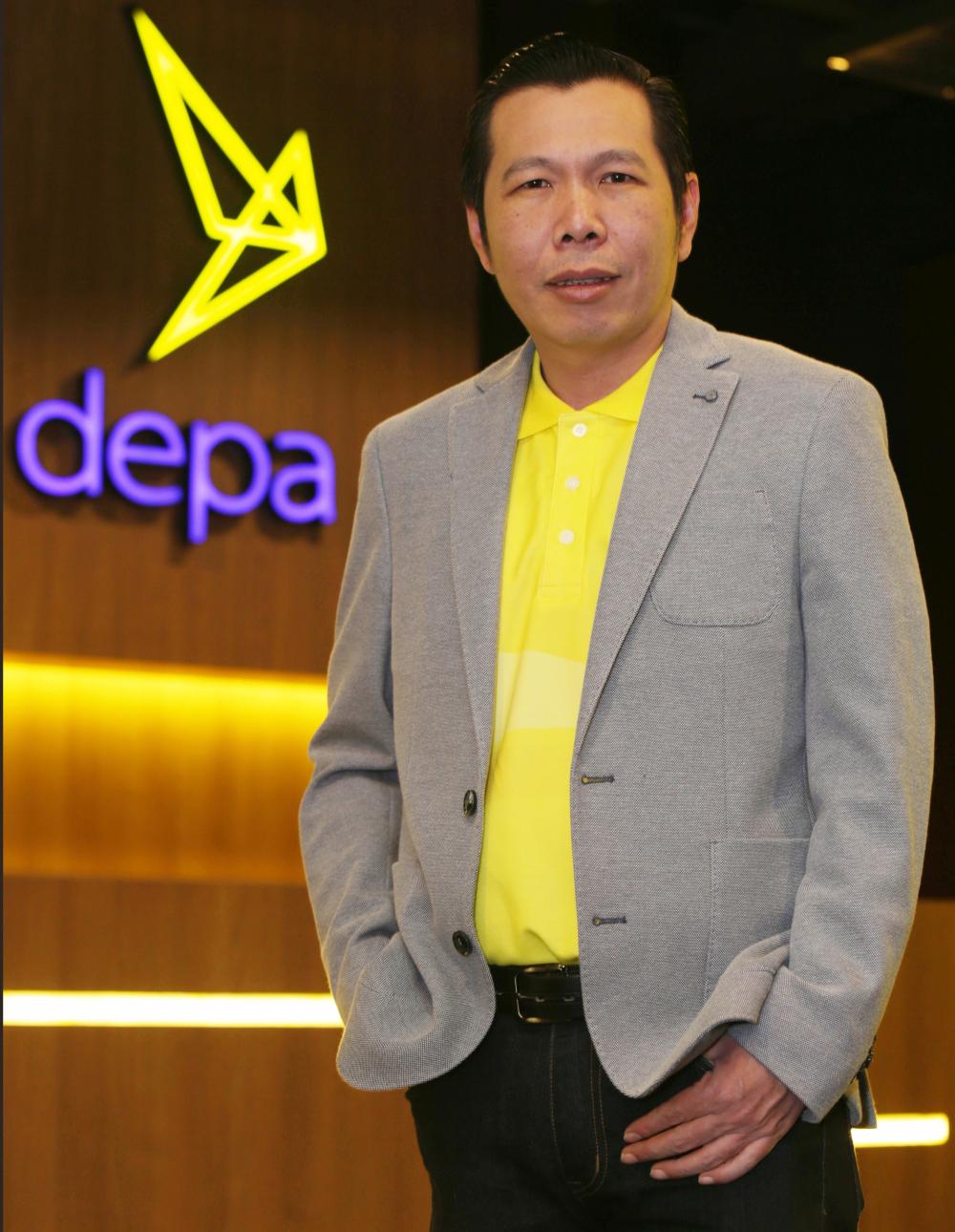 Mr Nuttapon is the first president and chief executive of Depa, which formed in 2017 with a mandate to carry out the government's 20-year digital roadmap. (Photo by Apichit Jinakul)

When the government says digitise the economy, Depa does the heavy lifting, tasked with creating a veritable army of digital workers by 2022 and establishing a digital park startup hub in the much-touted Eastern Economic Corridor (EEC).

The man at the head of it all, Nuttapon Nimmanphatcharin, 45, is taking on this lofty challenge with coolness and determination, despite the daunting scale and stakes of the tasks before the newly formed agency.

Mr Nuttapon is the first president and chief executive of Depa and the manager of multiple important projects in its pipeline, including an artificial intelligence (AI) lab, an augmented reality/virtual reality (AR/VR) lab and a maker space -- an innovative device design centre forming part of the upcoming EEC digital park.

Mr Nuttapon is not a tech guy by training or education, but rather a business manager, eager to take on Thailand's digital transformation with the level-headed practicality of a seasoned administrator.

He sees the digital economy as the new economic driver of the present, similar to how small and medium-sized enterprises (SMEs) shaped the language of business in the past decade, when he took his first job at a state agency as director of sectoral strategy and planning for SMEs at the Office of SMEs Promotion (Osmep).

Due to the weight and importance of his current position, Mr Nuttapon had to be cajoled into the top job, asked twice by then-Digital Economy and Society Minister Pichet Durongkaveroj.

Depa is relatively young, having been set up in 2017, but it looks far ahead into the future with Mr Nuttapon's 20-year digital roadmap, which includes supporting the creation of 500,000 digital entrepreneurs and startups and increasing online accessibility to 24,700 communities in 77 provinces.

These goals dovetail with Depa's short-term task of helping to train 40,000 digitally skilled workers a year by 2022.

FROM TEACHING TO TECH

Mr Nuttapon began his career in academia after receiving a PhD in business management from Swinburne University of Technology in Australia. He took his first job as an adjunct professor at Siam University at age 29, writing an academic book called "The Art of Management".

He went on to work as an accounts manager at Fabrinet Co for a year before joining Osmep.

"But I resigned from Osmep in 2011 because I was unfairly treated due to political intervention from the new government then," he says. "It was the first turning point of my work."

He moved on to work as senior director for research and policy management at the National Science Technology and Innovation Policy Office from 2011 to 2013.

"The NSTI at that time was a very new agency, and I worked with Pichet Durongkaveroj for the first time at the NSTI, as he was the first NSTI secretary-general," Mr Nuttapon says. "It led to my second turning point."

Then in 2017, at Mr Pichet's persuasion, Mr Nuttapon took the job as head of Depa, previously known as the Software Industry Promotion Agency (Sipa).

"Mr Pichet said Depa's leadership didn't need just a technical guy or a scientist who knew a lot about innovation and software development, but someone who would also be able to comprehend the related economic structure, including management and finance, for implementation," Mr Nuttapon says.

His greatest challenge this year will be increasing the number of digital tech workers produced every year, reaching the goal of 40,000 annually from the current number of 20,000.

Depa is collaborating with global tech companies and has prepared 84 courses to create new talent resources for the country.

The 84 selected courses will focus on upskilling existing workers, training for new skills and reskilling workers in need of a refresher. Depa plans to begin the courses in the fourth quarter of this year.

"I hope to see the results of digital transformation in Thai public and private enterprises through three major categories: from products to platforms; from physical to non-physical investments; and digital economy density having more important implications for GDP," Mr Nuttapon says.

"For Depa, I want to see it become the premier organisation of digital economy development in the country."

Mr Nuttapon says he's been satisfied at all stages of his work for the government, developing the SME infrastructure and then later its digital transformation.

"I was proud of my work at Osmep as a major driver for setting up a national SME database, sectoral warning index and analysis for Thai SMEs," he says. "As well, my pride in my former work includes my responsibility for drafting the first plan of the National Science Technology and Innovation Policy (2012-21) when I worked at the NSTI and the plan being approved by the cabinet."

For his work at Depa, he's been responsible for pushing forward several digital infrastructure projects related to AI, VR and digital design.

"These units will be initiatives of the government's digital park project in the EEC in the near future," he says. "We at Depa are betting on the government's goal to promote and build up scalable startups in the country, as well as elevating Thailand to become a startup hub of Asean."

At 45, Mr Nuttapon is already thinking of retirement. His whole career has been busy and fulfilling, but retirement would mean living a slower life and sharing life's experiences in a comforting environment.

"I may take on an adviser role or even return to being a lecturer like my first job again," he says.

But before he can rest, he still has the daunting task of designing and implementing the country's digital transformation.

With all the private and public hopes staked on Thailand's future as a startup and innovation hub, Depa has the unenviable responsibility of accomplishing this Herculean task.

And Mr Nuttapon seems the right man to lead the charge.

Turmoil in the Settakij Thai Party as a majority of the executive board resign, forcing an election for a new leader, as secretary-general Thamanat Prompow (right) manoeuvres to take control.