The Bank of Thailand says the impact of a policy rate cut to tame offshore fund inflows would be limited and it stands ready to enact additional measures if recent moves fail to contain the baht.

Interest rates are not the main factor drawing foreign fund inflows, as seen by the influx of funds to Thailand despite the country's benchmark rate being lower than the US's, said governor Veerathai Santiprabhob.

During January to May this year, the non-resident portfolio totalled US$1.37 billion, strengthening the baht, Mr Veerathai said.

The Bank of Thailand's real interest rate was a bit higher than the US's 0.7%.

The baht's rapid gain to a six-year high, which is inconsistent with the economic circumstances, prompted the central bank last Friday to announce a reduction in the cap on end-of-day outstanding balances for non-resident baht accounts and non-resident baht accounts for securities to 200 million baht from the current 300 million, effective July 22. 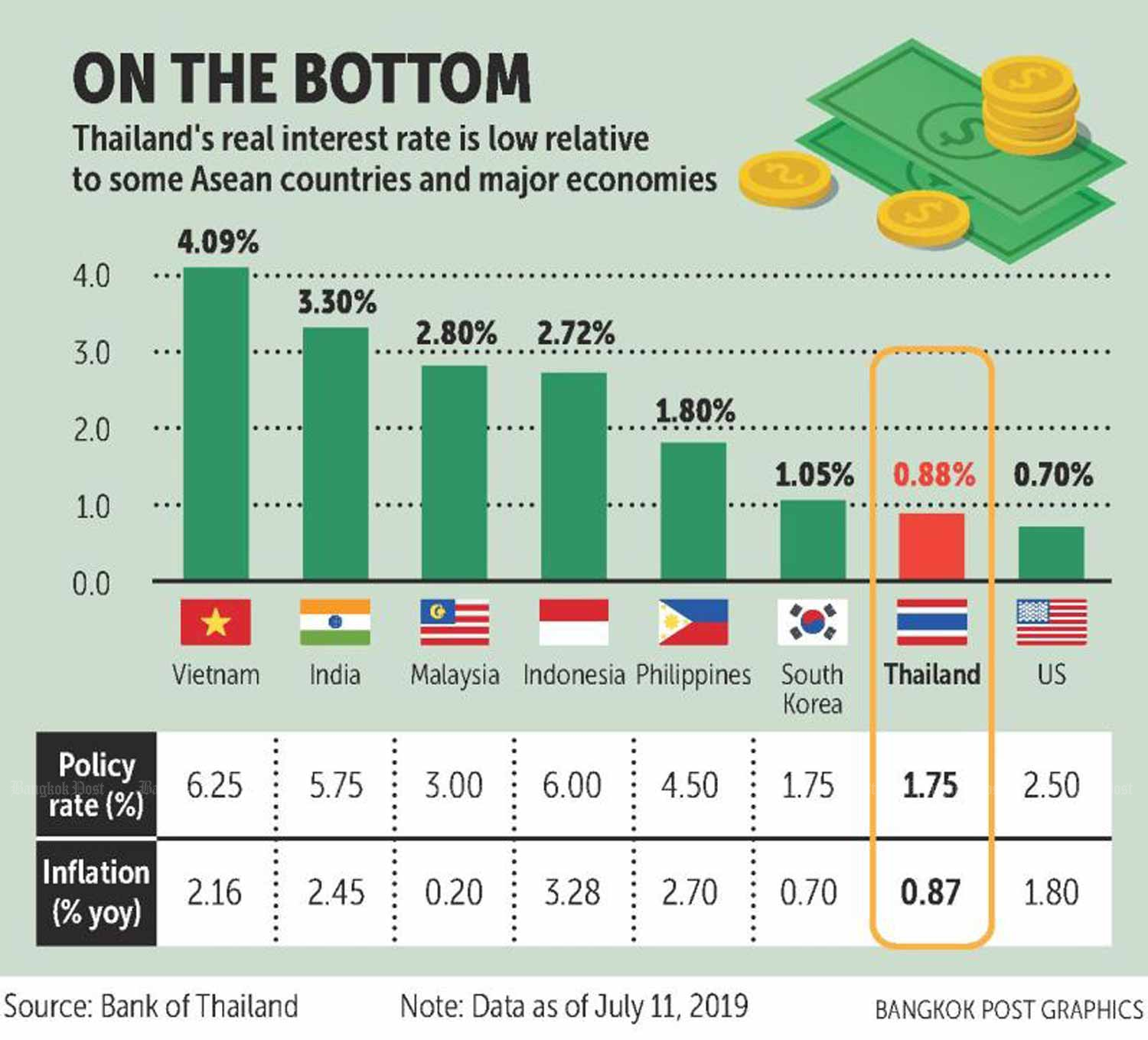 Mr Veerathai said the baht has weakened relative to regional currencies over the past few days after the measure's announcement.

The baht has gained 7.6% against the US dollar in the past 12 months, making it among the best performers in emerging markets tracked by Bloomberg.

The private sector, led by the Federation of Thai Industries, recently urged the central bank to cut the policy rate as a means to curb foreign fund inflows and shore up the flagging economy.

Mr Veerathai said the central bank is leaving the door open for a policy rate cut in the event that economic readings fail to meet projections.

The Bank of Thailand's rate-setting panel last month kept the policy rate steady at 1.75% for a fourth straight meeting. But it slashed its GDP growth forecast for 2019 to 3.3% from the 3.8% predicted three months earlier and the payment-based exports forecast to zero growth from the 3% rise seen in March.

The central bank considers all factors prudentially when any measure is implemented because such measures come at a cost and have side effects on the economy, the governor said.

For instance, if the central bank imposes so harsh measures that stall foreign fund inflows, local bond yield will spike and financial cost of the government and corporates in issuing bonds will increase.

The central bank's concern that the US will add Thailand to a watch list of currency manipulators also discourages aggressive intervention to curb the baht's strength.

A country on the monitoring list must have a significant bilateral trade surplus with the US, a material current account surplus and persistent one-sided intervention in the foreign exchange market.

The central bank holds discussions with the Finance Ministry on an annual basis to set the medium-term inflation target band as a guide for monetary policy and inflation targeting.