Unease after formation of fiscal and monetary committee announced

Somkid: A raft of negative factors

Deputy Prime Minister Somkid Jatusripitak and Finance Minister Uttama Savanaya have rushed to soothe jitters over the Bank of Thailand's powers after the government announced the formation of a fiscal and monetary committee, saying the committee does not plan to interfere in the central bank's monetary policy nor its independence.

"The new committee was established as a cooperation mechanism to tackle the ongoing uncertain global economy," Mr Somkid said. "Mr Uttama himself has already said he has discussed with the central bank's governor how to work closer together to bring about maximum efficiency in economic management."

Mr Somkid said the final five months this year will be difficult for economic management given a raft of negative factors, including domestic political instability and external headwinds.

The committee will be chaired by Mr Uttama. Other members include the permanent finance secretary and representatives of the Stock Exchange of Thailand, the Securities and Exchange Commission (SEC) and the National Economic and Social Development Council (NESDC).

After Mr Somkid announced the establishment of the committee, several parties queried the move, saying the central bank's independence, which is an important check on government-controlled fiscal policy, could be undermined.

"It's time for economic agencies, the private sector, the administration parties and politicians to join hands because economic management in the remaining part of the year is not easy," Mr Somkid said.

Mr Uttama said the committee's task is limited to consultation only, while decision-making still rests with policymakers and they still have a full mandate for policy decision-making.

The government will continue to give the central bank a free hand in monetary policy.

"The world has changed significantly, so each agency must jointly oversee the country's fiscal and monetary stability through information exchange," Mr Uttama said.

Several bodies, including the central bank, the Finance Ministry and the SEC, are involved in fiscal and monetary management and should have a mechanism for information exchange among themselves, Mr Uttama said.

He instructed the Fiscal Policy Office (FPO) to study the appropriate format for the panel and seek opinions from the central bank, the NESDC and the SEC on the issue.

Thirachai Phuvanatnaranubala, a former deputy governor of the central bank and finance minister, said on Facebook that Mr Uttama should hold meetings with the central bank more frequently instead of setting up of a fiscal and monetary committee.

Such meetings provide opportunities for the central bank and the Finance Ministry to exchange opinions, he said, and such actions appear to show respect for each other. 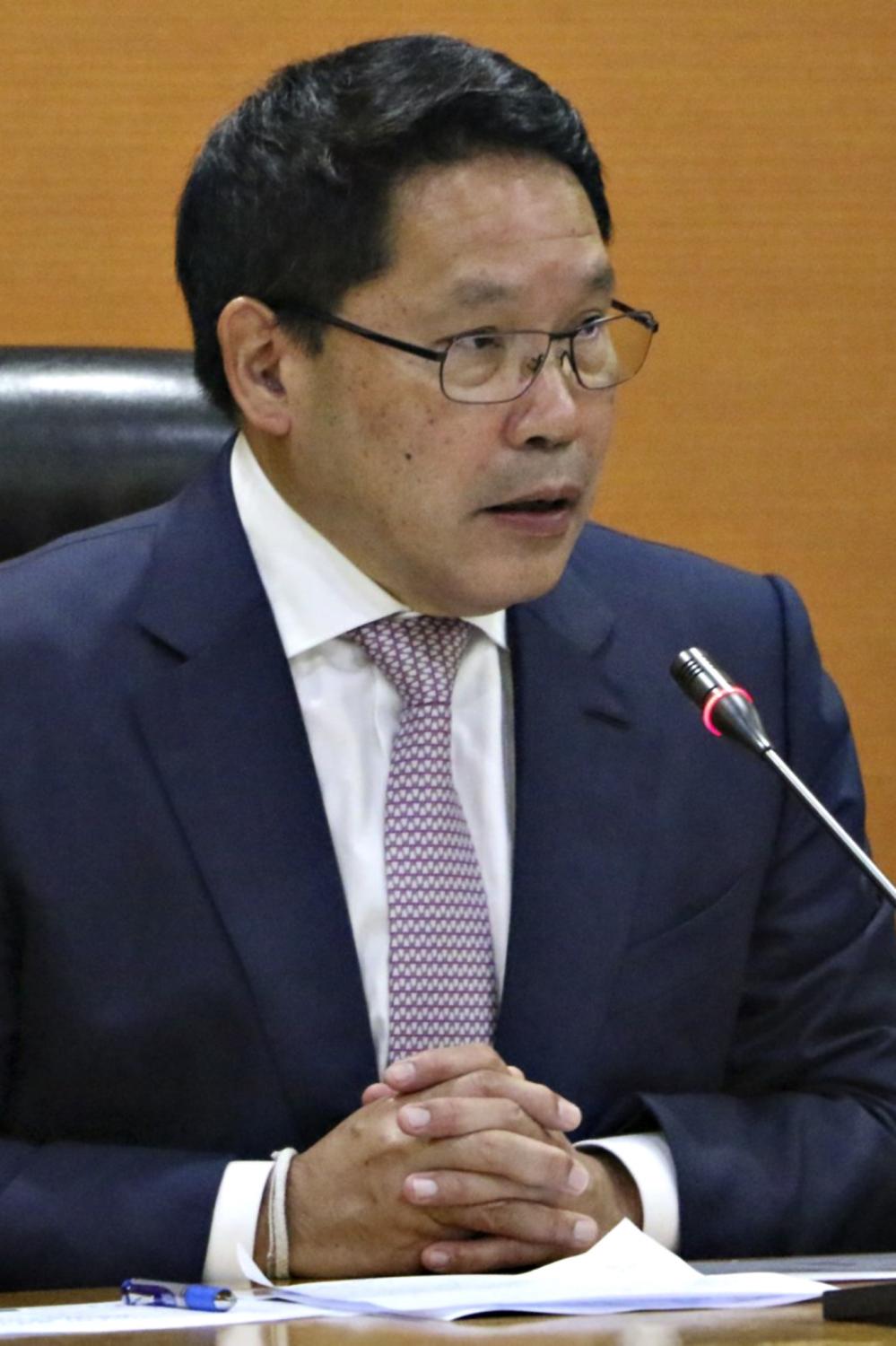 Uttama: Panel for consultation only

Mr Uttama said the Finance Ministry is studying a new stimulus package in which tourism stimulus measures are included in order to boost domestic consumption and the country's economy.

The FPO is studying details of the tourism stimulus measures, he said.

The Finance Ministry earlier this year proposed that the military-led government offer a 1,500-baht one-off cash handout for travel in 55 secondary provinces to 10 million people, aiming to boost tourism to these provinces.

The plan was scrapped, however, after coming in for criticism as being politically motivated.

The government is scheduled to introduce this month stimulus measures that cover all groups of farmers, small and medium-sized enterprises (SMEs), startups, low-income earners, community enterprises and citizens.

Mr Uttama said the planned personal income tax reduction is under review by the FPO and the Revenue Department.

The Finance Ministry said it was studying two options for the government's personal income tax cut campaign promise -- one an outright 10-percentage-point cut across tax brackets and the other a 10% cut across brackets.

Mr Uttama has not decided whether to renew the tax privilege for long-term equity funds or to replace LTFs with a different tax-saving fund, with LTFs' tax incentive set to lapse at the end of this year. A third option is for there not to be a long-term tax-saving mutual fund.

"We're considering the issue, and the type of the tax-saving fund might be tweaked," he said.

The Federation of Thai Capital Market Organizations (Fetco) has proposed replacing LTFs with a new fund, which has been dubbed the Sustainable Equity Fund.

According to Fetco's proposal, the ceiling tax deduction for the new fund will be lowered to 30% of annual income, not exceeding 250,000 baht, whichever is lower.

The lock-in period for the Sustainable Equity Fund would remain unchanged at seven calendar years.

The Sustainable Equity Fund must allocate 65% of net asset value in stocks that meet environmental, social or governance goals, or government infrastructure funds such as the Thailand Future Fund.

The combined net asset value of LTFs amounts to about 300 billion baht at the moment.

LTFs were set up in 2004 to promote long-term savings and add volume to the Thai bourse.

At that time, investors were allowed to deduct up to 15% of their total annual income, or a maximum of 500,000 baht a year, whichever is lower.

Capital gains from the redemption of units are also exempt from tax.

The cabinet in late 2015 approved an extension of tax incentives for LTFs for three years from 2016 to revive waning stock market sentiment and boost domestic savings, but the lock-up period was lengthened to seven from five calendar years.