Celebrating the 300th anniversary of the Principality of Liechtenstein
Business

Celebrating the 300th anniversary of the Principality of Liechtenstein

Nestled between Switzerland and Austria, the Principality of Liechtenstein is one of the richest nations in the world.

Liechtenstein occupies an area of only 160 sq km and has a population of 38,000 people, yet it has an impressive GDP per capita that is more than double that of the United States. This year, the country is celebrating its 300th anniversary. 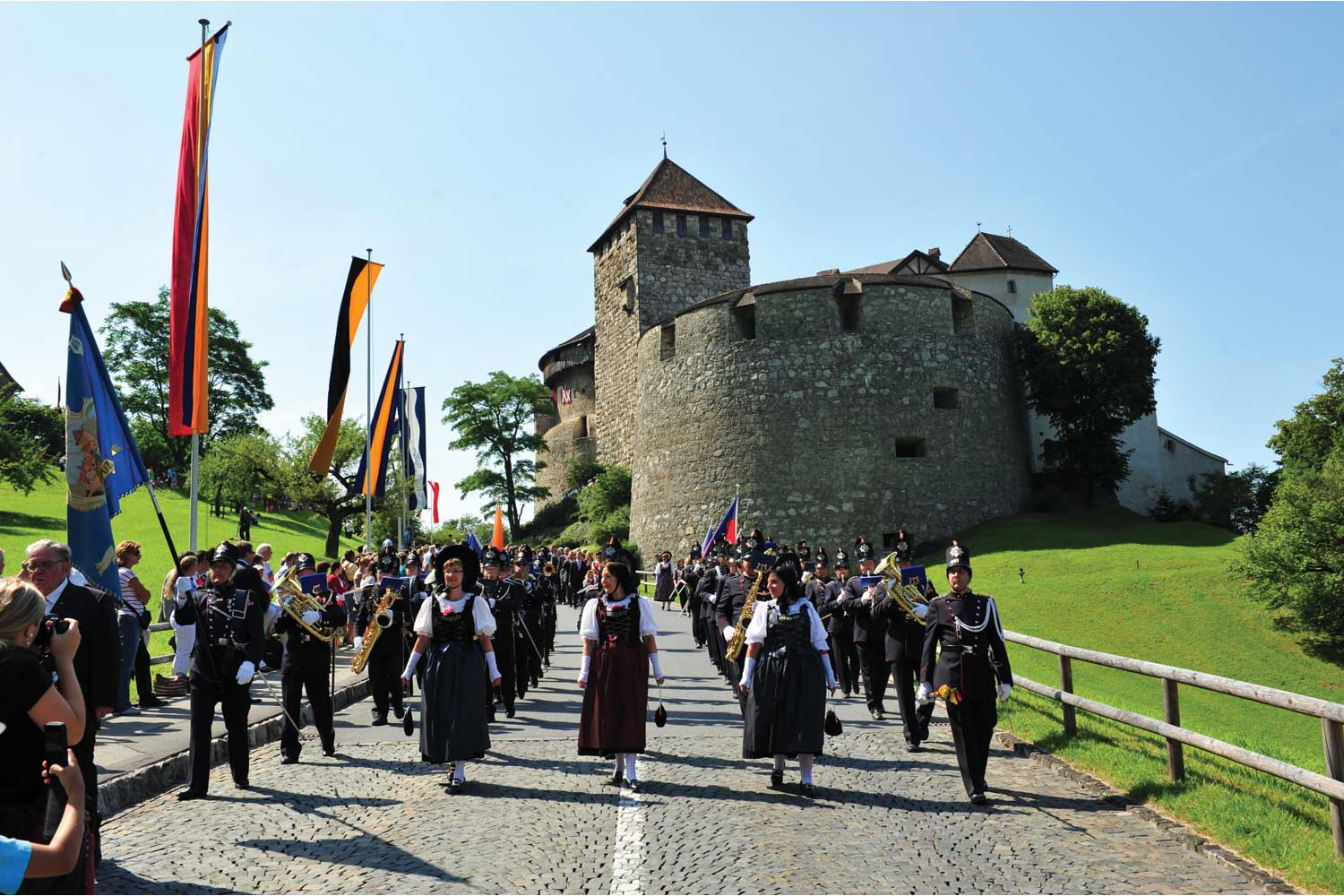 CELEBRATING NATIONAL DAY AT A COMMUNITY EVENT IN VADUZ

LIECHTENSTEIN’S FOUNDING AND THE PRINCELY FAMILY

In 1699 and 1712 they purchased the County of Vaduz and the Dominion of Schellenberg, after being ruled by various noble families that had built up huge debts. These two areas were then merged via Imperial Diploma issued by the Holy Roman Emperor Karl VI on 23 January 1719 to create the Principality of Liechtenstein.

Today, Liechtenstein is led by H.S.H. Prince Hans-Adam II, the present head of state, who preserves the royal family’s legacy by following in the footsteps of Prince Franz Josef II, his father. Drawing upon his family’s rich heritage, he has steered the course to push the nation forward while maintaining its prestige and solid national foundation. 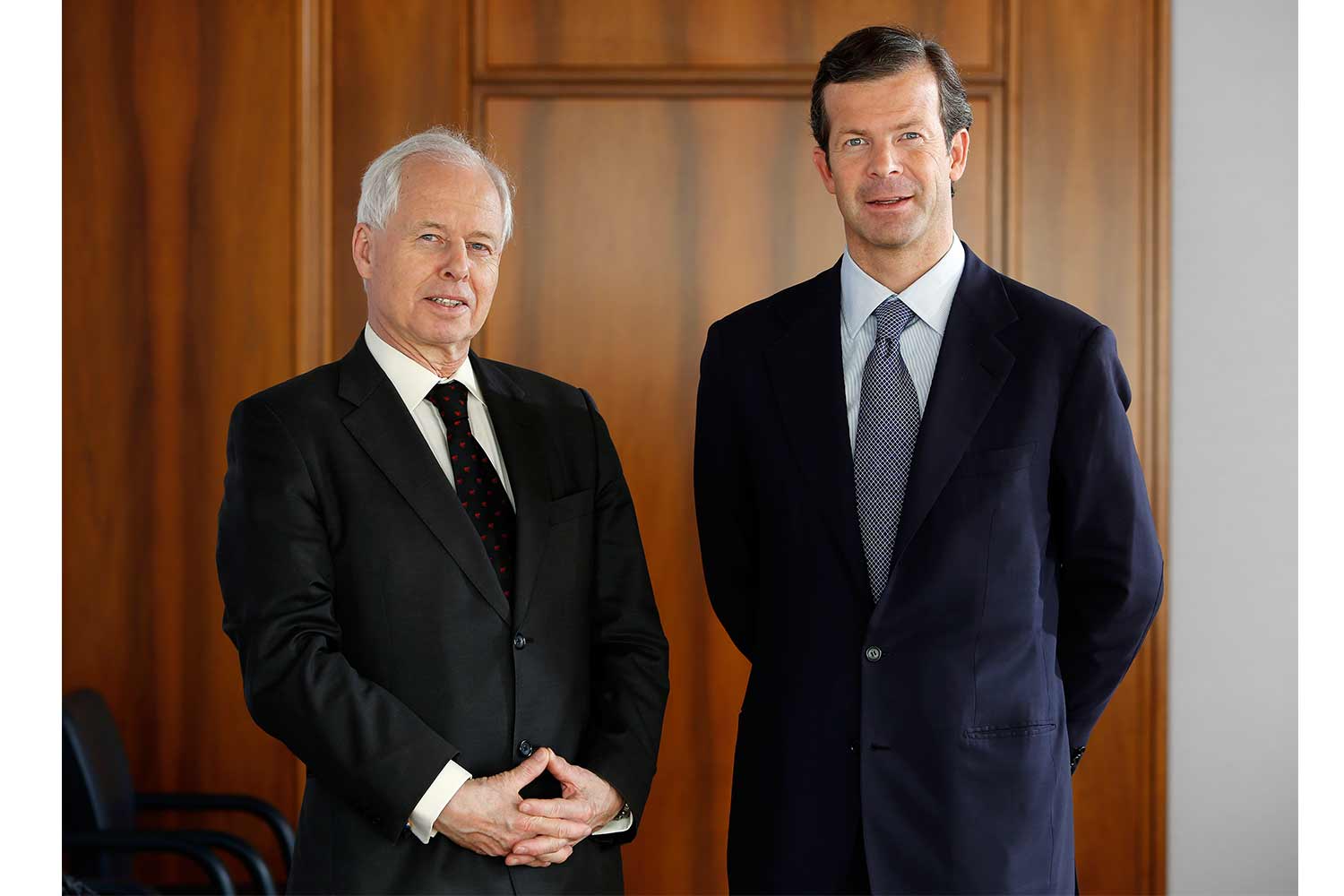 A FAMILY OF ENTREPRENEURS

For generations, the Princely Family, as active entrepreneurs, have led the country through numerous economic and political events, helping it become one of the most prosperous countries in the world.

The businesses of the Princely House include agriculture and forestry companies, industrial holdings and an extensive real estate portfolio comprising historic castles and palaces. A number of businesses make up the Prince of Liechtenstein Foundation: private companies, museums and art collections. 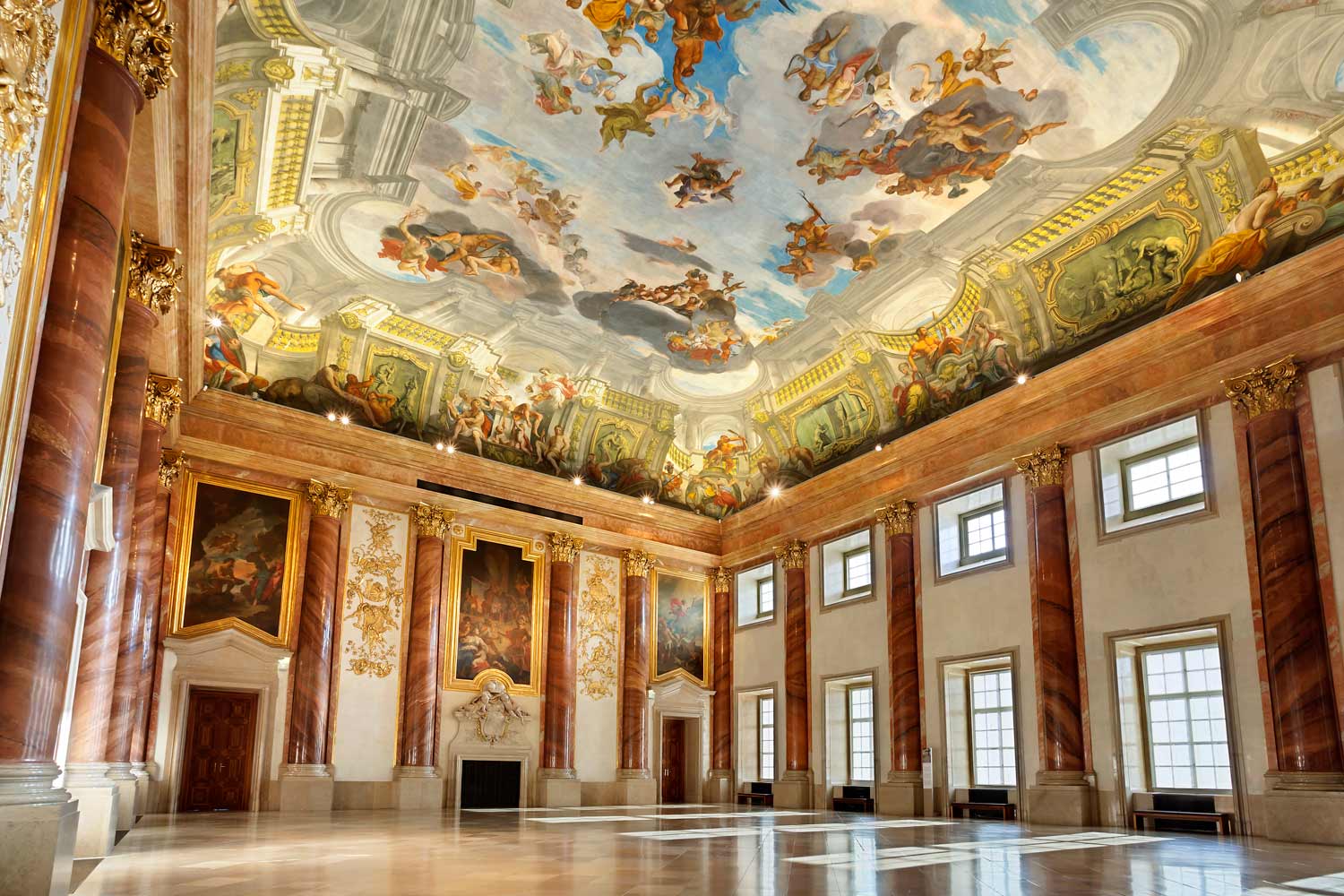 As investors, the Princely House has always pursued a broadly diversified investment strategy based on thinking and acting for the long term. The businesses belonging to the Princely House operate according to the principles of sustainable development and ethical standards.

Over the course of its 300-year history, the country has transformed into a leading player on the global economic stage, standing out as one of only five debt-free states around the globe today. Moreover, ratings agency S&P Global reaffirmed Liechtenstein’s top AAA rating with a stable outlook, making it one of just 10 countries in the world to receive this rating.

An excellent corporate environment and attractive growth prospects make Liechtenstein a great place to do business. It is no coincidence that it is home to more than 4,000 companies, including many global players highly successful in their respective niche markets.

Today, Liechtenstein is a highly industrialised country. Around 40% of the workforce is employed in the industrial sector, which together with the manufacturing sector generates almost 40% of the country’s gross value added. Though there are a number of large industrial companies in the Principality, it is the many small and medium-sized enterprises which form the backbone of Liechtenstein’s economy.

The country is home to a number of premium and niche high-tech companies offering innovative products, such as ceramic dental fillings made by Ivoclar Vivadent and Hilti’s cutting-edge construction technology.

The country’s focus on exports has made it an innovation hub, offering the perfect environment for creative ideas and entrepreneurial spirit.

It is also renowned for its world-class wine. The Princely Wine Cellars include the Hofkellerei in Wilfersdorf, Austria, and the Hofkellerei in Vaduz, Liechtenstein. The country has a climate ideally suited for the cultivation of wine. Its most popular white wines include Riesling and Grüner-Veltliner, while red wines mostly comprise of Merlot and Zweigelt.

A GROWING INFLUENCE IN WEALTH MANAGEMENT

Since its establishment in 1930, LGT Bank has grown from a regional bank into an international private banking player with over 3,400 employees and 20 locations worldwide. Given the exponential growth in domestic wealth in Thailand and the relaxation in investment regulations, LGT recently established LGT Securities (Thailand) Limited in central Bangkok, offering bespoke investment services to high net worth investors. This expansion into the Thai market is spearheaded by a team of experienced of local and international investment advisors. 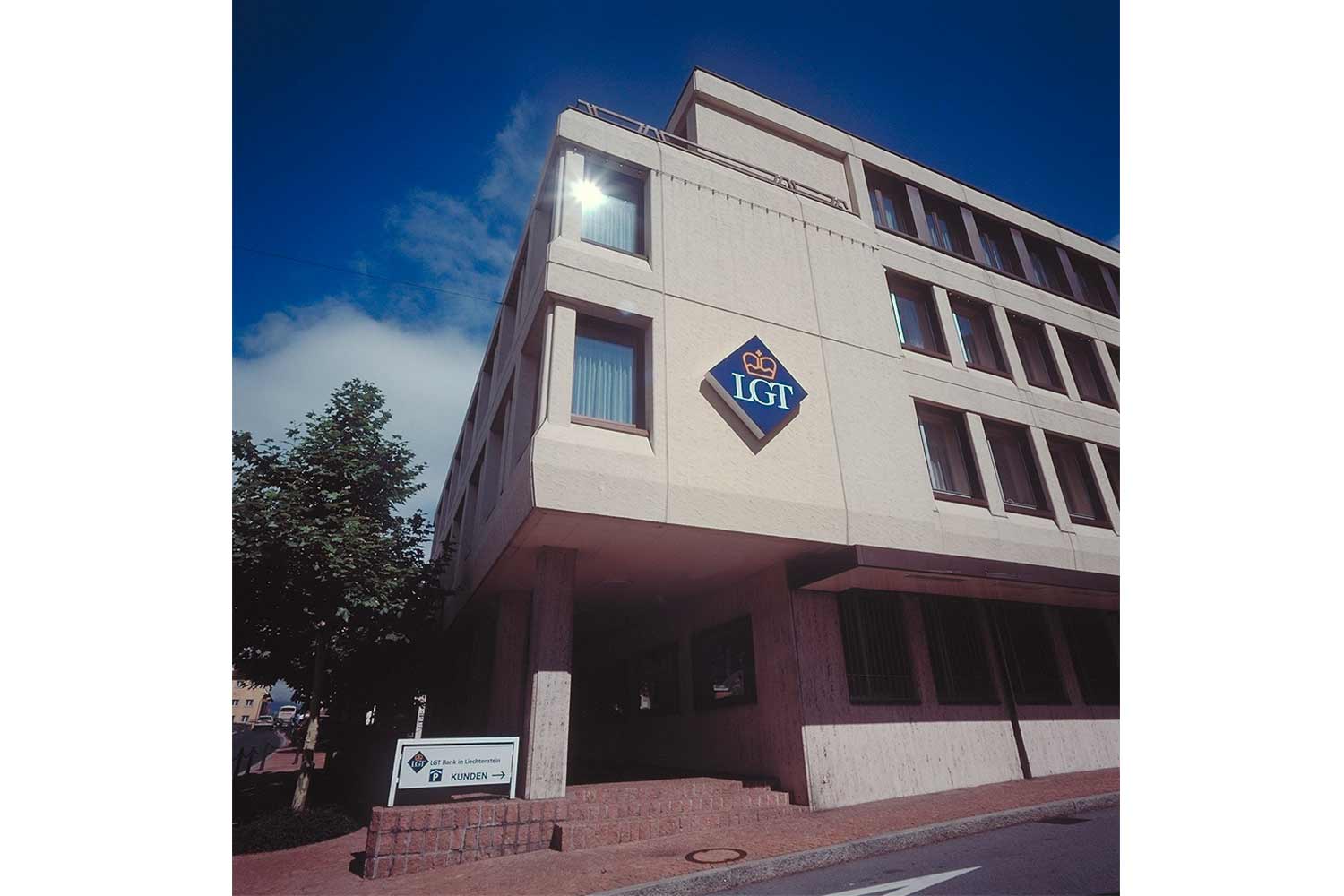 LGT has extensive experience managing wealth across 30 generations. Traditional values and bespoke, innovative solutions are the foundations of its success. The bank takes a long-term view to both its business strategy and approach to investments. As its Chairman, H.S.H. Prince Philipp von und zu Liechtenstein, once said, “We are not sprinters, we are marathon runners. We are in it for the long run.”

LGT is one of the few international privately-owned banks that allows its creditworthiness to be evaluated by independent rating agencies, and has consistently been awarded very high ratings, including an Aa2 from Moody’s and A+ from Standard & Poor’s.

It remains an independent family business owned by the Liechtenstein Princely Family, whose values ensure its integrity and reliability.

Alongside this economic dynamism is a high appreciation for arts and culture, and nowhere is this more clearly seen than the Princely Family’s fine collection of art. The largest and most important private collection in the world, the Princely Art Collection – built up over the course of 400 years – comprises European masterpieces that span five centuries, dating from the early Renaissance through to the era of Austrian Romanticism. 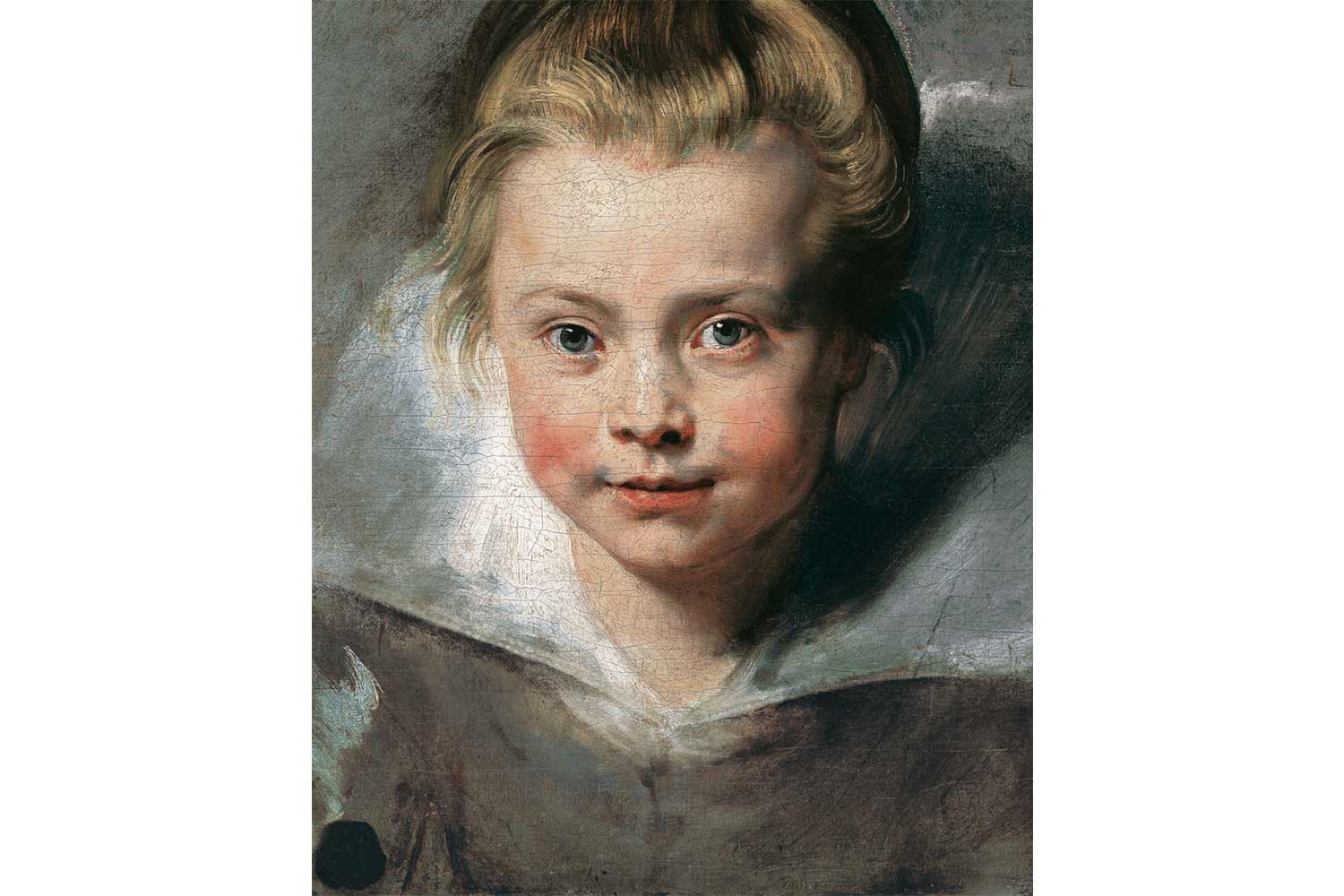 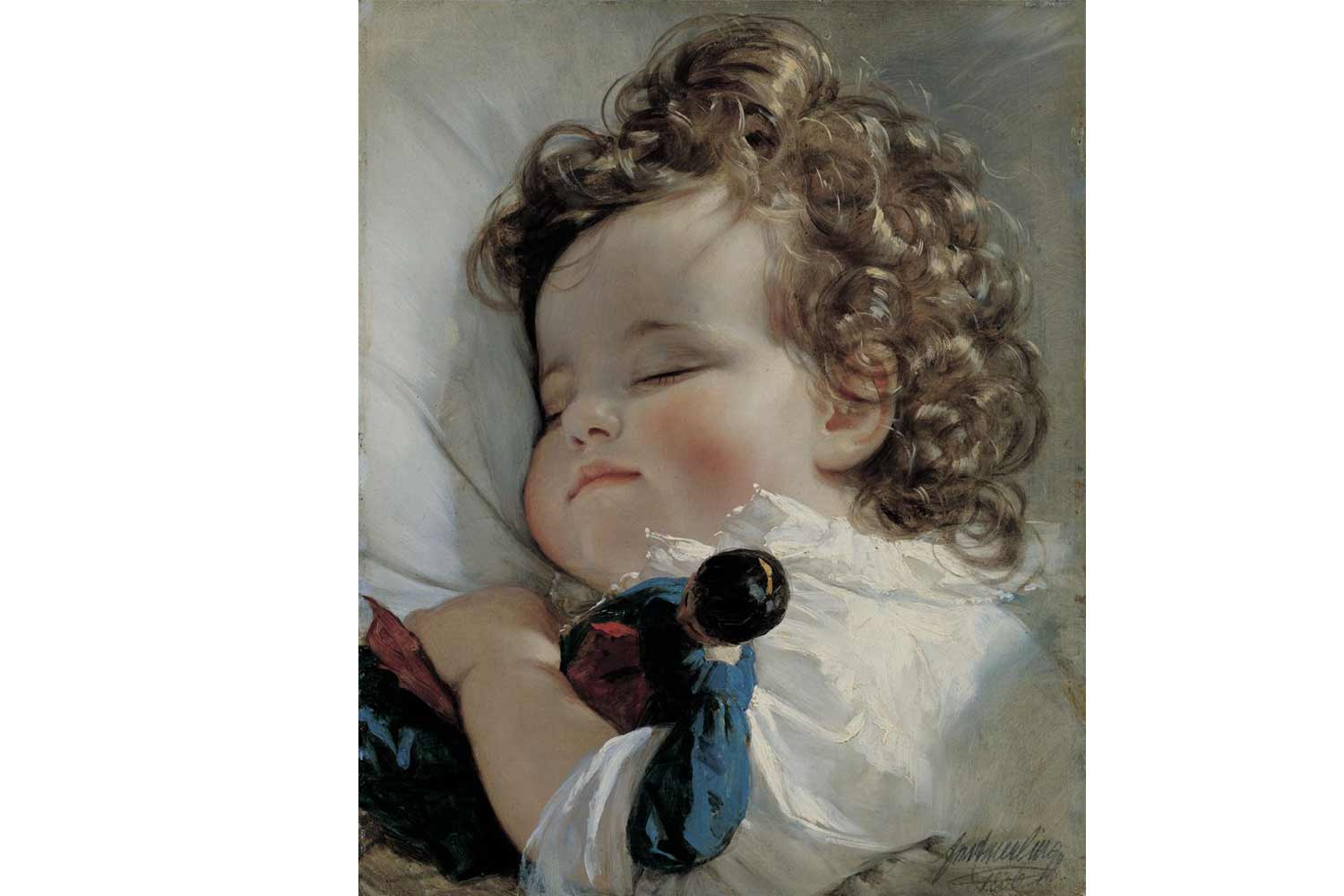 Carefully selected, the collection has its roots in the Baroque ideal of patronage, in which patrons made it their duty to promote and acquire fine arts. With some 1,700 paintings and sculptures, the collection includes masterpieces of Peter Paul Rubens, Raphael, Anthony van Dyck, Fras Hals and Rembrandt. Visitors to the Garden Palace in Vienna, which was established by Prince Johann I of Liechtenstein in 1810, can take exclusive guided tours of the collection.

Situated in the Alps, it is difficult not to be captivated by Liechtenstein’s picturesque beauty. Its mountainous terrain makes it a perfect spot for outdoor activities, whether one wishes to absorb the breath-taking views of the Princes’ Way Hike or engages in exciting winter sports.

Given its passion for wine, tourists can visit a wide range of vineyards around the country, where they can taste and purchase a wide selection of wine. The most famous of these is the Prince of Liechtenstein Winery.

It is also not short of landmarks to visit. For cultural lovers, the country has the Liechtenstein Museum of Fine Arts and Liechtenstein National Museum, while those interested in history can view the Vaduz Castle and Gutenberg Castle.

The Principality of Liechtenstein is also known for its exquisite and unique stamp collection, with its very first one released in 1912. Since then, it has been widely appreciated and is popular among stamp collectors. In 2011, it produced a “Chinese Signs of the Zodiac” series, which continues to be very popular with stamp enthusiasts.