New rate to be based on CO2 emissions

The Finance Ministry wants to revamp the structure of the excise tax on fuels to base it on carbon dioxide (CO2) emissions, with the aim of reducing greenhouse gas emissions to protect the environment.

Finance Minister Uttama Savanayana delegated the Fiscal Policy Office and the Excise Department to jointly carry out a study of the potential excise tax rejig, said a source familiar with the matter.

The move is aimed at conserving the environment rather than boosting tax income, the source said.

Oil refiners are making products that are friendlier to the environment than before, including unleaded fuel, but the potential change in the excise fuel tax is to encourage refiners to develop greener fuels, the source said.

The levy is 5.85 baht per litre on diesel, 2.17 baht on liquefied petroleum gas and 5.85 baht on natural gas liquids.

The source said that under the potential new tax structure, fuels which emit low CO2 will be charged at a lower rate than those that discharge higher greenhouse emissions.

The Excise Department has made strides by switching the base excise tax calculation for cars and motorcycles to consider CO2 emissions instead of engine size.

Cars with E85-gasohol compatibility are charged less than 5% excise tax at each CO2 emission level. The excise tax for eco-cars with less than 100g/km emission is at 12-14%.

Starting from early next year, electric and fuel-based motorcycles releasing emissions of less than 10 g/km will be taxed at 1%.

Separately, the Excise Department is considering setting up a battery fund to act as a charging fee for battery usage. 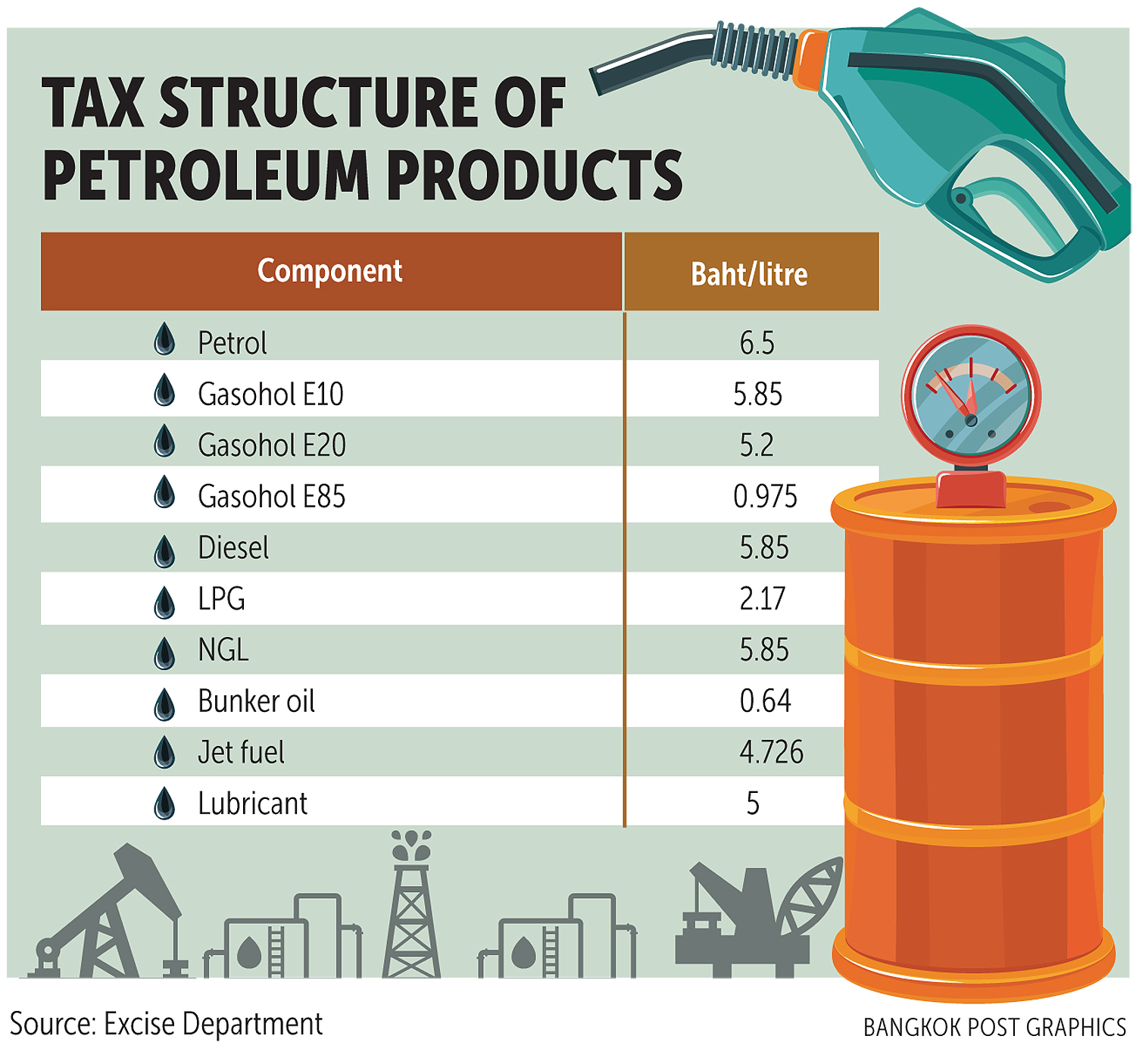