The Bangkok Airways chief says the airline has to tighten seat belts during turbulence.

After posting a net loss of 190 million baht for the first six months of the year, SET-listed airline Bangkok Airways has come up with plans to tighten its belt in hopes of turning a profit this year.

"I still have hope for regional routes within Cambodia, Laos, Myanmar and Vietnam because demand from foreign visitors to these destinations is still strong," said president Puttipong Prasarttong-Osoth.

"Thailand saw a significant drop in demand to popular destinations. The weaker forward booking of around 4% for the fourth quarter has made us aware of shifting consumer preferences."

Samui was one of the airline's dimming stars in the second quarter. Usually revenue from this route contributes 49% of the overall income of Bangkok Airways.

But the dip in international markets, especially China, has forced the airline to suspend operations from Samui to Guangzhou and decrease frequencies of charter services from Samui to Chongqing. Fewer Chinese tourists in Samui meant at least a 4-5% decrease in passengers to the island for the first six months.

Mr Puttipong said it was one of the worst half-years he has seen since taking command of the airline. 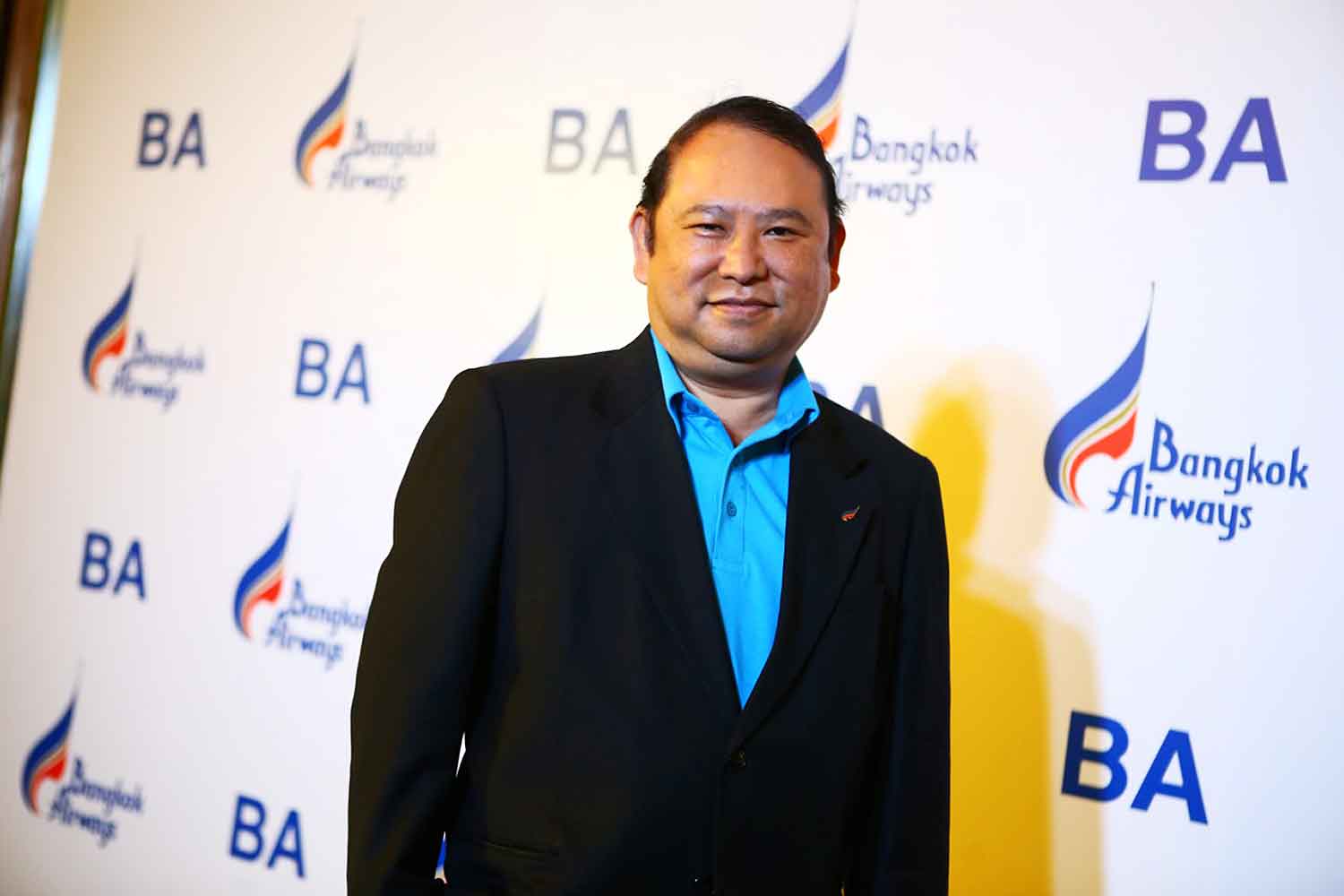 "Since listing, we have never posted an annual loss and hopefully our new marketing plans will help us avoid one this year." — Puttipong Prasarttong-osoth, President, Bangkok Airwarys

Bangkok Airways responded by putting the Bangkok-Samui route on a half-price sale for the first time in history. The promotion of 4,000 baht, 50% off the average price, will be offered in Thai Teaw Thai, a travel trade fair scheduled for this weekend.

The airline also reduced the frequency of the Bangkok-Phuket route from 56 flights to 49 per week, while decreasing flights from Bangkok to Chiang Mai from 39 to 35 flights per week.

Fleet expansion is another outlay shelved until next year. It is the second biggest full-service Thai airline with 40 aircraft, but at the end of this year Bangkok Airways plans to reduce to discharge two ATR 72-500s.

The two largest jet manufacturers, Airbus and Boeing, are competing for a deal for their A319, A220 and B737 MAX 7 aircraft. But the airline needs to consider its usage plan thoroughly before it decides on such large purchases, he said.

"We studied the efficiency of all new models offered by both companies and found the fuel-saving technology strongly benefits flights taking more than two hours. Unfortunately, most of our flights are 1.5 hours. We have to carefully plan to use aircraft that matches market demand," Mr Puttipong said.

The choice must also synchronise with code-share partners' scheduled flights as its code-sharing alliances have increased to 27 airlines.

"Since becoming a listed company, Bangkok Airways has never posted an annual loss and hopefully our new marketing plans will help us avoid one this year," he said.

Sales and marketing are seeking more relationships with OTAs and will start to implement a zero-commission agreement in proposing ticket deals to online consumers.

New changes in its approach to mobile customers should help to improve the yield because online ticket prices will be higher than those on the previous system.

"We developed the IT structure this July and use the Amadeus booking system, which will help us fully penetrate the online market. Our average ticket price is around 3,355 baht. Even though we used a sale to compete, we will not let it shrink to more than 3-5% of our desired price," said Mr Puttipong.

He said the company plans to start a new business, Bangkok Aviation Training Center. An investment of 200-300 million baht has been budgeted for the centre in Sukhothai province. The first batch of student pilots will start class early next year. The school also aims to attract foreign students.

Mr Puttipong is also keen on bidding for a duty-free concession if there's an opportunity at other airports.

The partnership of Bangkok Airways and Lotte failed to win duty-free shop contracts at Suvarnabhumi airport this year.

Any new partner will be determined based on the terms of reference for each airport contract, he said.

Bangkok Airways has decreased its passenger target to 5.8 million this year. From January to June it tallied 3.02 million.