The price of the cryptocurrency traded on bx.in.th fell by 3.6% as of press time on Monday and slumped below 200,000 baht per Bitcoin at one point.

Bitcoin Co Ltd (bx.in.th), Thailand's largest digital asset exchange, will cease its operations at the end of this month "to focus on other business opportunities", igniting a price slump for digital assets traded on the exchange.

The price of Bitcoin traded on bx.in.th fell by 3.6% as of Monday's press time. The price of the much-touted cryptocurrency fell below 200,000 baht per bitcoin at one point, touching a low of 199,999 baht.

Prices of other cryptocurrencies and digital tokens also plummeted across the board during the day, ranging from 2-60%.

"The company will not seek to hold a Securities and Exchange Commission [SEC] licence for digital asset exchanges for 2020, and we ask all customers to withdraw their funds before Nov 1, 2019," Bitcoin Co said on its website.

"After Nov 1, 2019, the company will operate the bx.in.th website only as a method for customers to contact the company about outstanding issues."

Founder and chief executive David Barnes did not respond to calls and a text message from the Bangkok Post. Phone calls made to Bitcoin Co were not answered on Monday.

The SEC has warned of a fraudulent Facebook page claiming to represent Bitcoin Co and to provide digital asset transaction services.

The SEC said Bitcoin Co announced at 6.06am on Monday it would end its digital asset exchange service on Sept 30. At 8.30am, a fake Facebook page appeared, claiming to be a Bitcoin Co channel to receive digital asset transfers.

Investors can also opt to transfer their digital assets holding to overseas digital exchanges. Those who make such transfers and receive fiat money can transfer the sum back into domestic territory via PayPal in US dollars or foreign currency deposit accounts opened with Thai commercial banks, with conditions in line with the Bank of Thailand's regulations, according to the SEC. 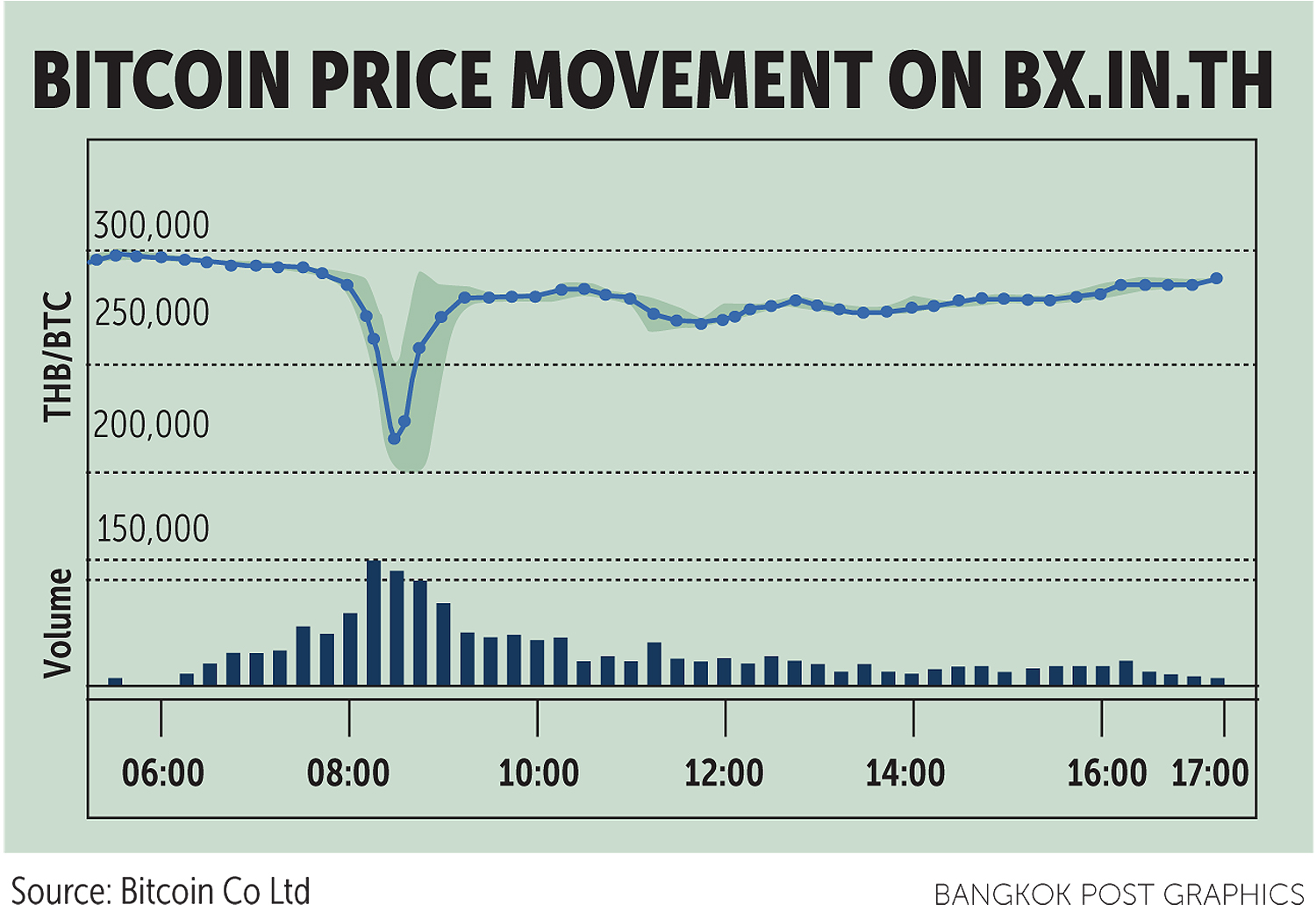 Bitcoin Co's assets are estimated in the billions of baht, while the company's cash is deposited at Kasikornbank, said a source in the digital asset industry who requested anonymity.

There have been problems with customers and the company may not be pleased with how it has to report its transactions to the SEC on a daily basis, said the source.

Jirayut Srupsrisopa, co-founder and chief executive at Bitkub Capital Group Holdings Co, said around 2,500 investors transferred their digital assets to bitkub.com one hour after Bitcoin Co's announcement to terminate its operations, causing the company to temporarily halt its operations because of heavy online traffic.

Launched in 2013, Bitcoin Co is among the pioneers of cryptocurrency trading in Thailand, starting from small-scale trading and reaching a zenith when the Bitcoin price peaked in 2017.

The company handled 1.5 billion baht worth of Bitcoin transactions two years ago, according to Mr Barnes.

Under the royal decree on digital assets that has been effective since May, 2018, Bitcoin Co was among the first three companies that have been approved as authorised digital asset exchanges in Thailand by the Finance Ministry. Exchanges, brokers and dealers are required to apply for licences from the Finance Ministry, while initial coin offering portals must be approved by the SEC.

At least 174 people were killed and around 180 injured at a soccer match in Indonesia after panicked fans were trampled and crushed trying to flee during a riot, authorities said on Sunday.