Seeing the (mangrove) forest for the trees
Business

Seeing the (mangrove) forest for the trees

Working on ecology issues has taught Mr Sanit how to deal with people.

Wit and intelligence were vital to the man's development, but for Sanit Aksornkoae, chairman of the government's planning unit, what's more important is a man's good heart and good spirits.

"We men should not act like Sri Thanonchai, my father always taught and instilled," says Mr Sanit, now 78 and head of the National Economic and Social Development Council (NESDC). "Those people, particularly with wit and intelligence, should try to behave the most and do only good things, otherwise they will cause collateral damage to the society, community or even country they live in."

Sri Thanonchai's tale is one of the most popular in several regions of Thailand: in the central region it's known as Sri Thanonchai, while in the North and Northeast it's called Chiang Miang. In either case, the main character is a man who uses his wit and trickery to deal with difficulties from childhood until death.

The protagonist adopts ploys to trick people and muddle his way through difficulty, assuming a posture that is contrary to the prevailing attitude.

Mr Sanit's personality has been shaped by this cautionary tale from a young age. He comes from a humble background, born into a family of rubber and rice farmers in Khok Pho district of Pattani. After his mother died of malaria when he was five years old, he was raised by his grandmother.

Mr Sanit says that while his father was not well educated, he taught his children to be good people and supported their education. After primary school, it was his father's initiative for him to attend junior high school in Muang district and stay with an uncle.

"I had to wake up at 4am to go to the market to get discarded food and vegetables for the pigs before going to school and then after school," Mr Sanit says. "It was a very difficult time, but it taught me to be patient."

After he finished junior high, his father had to work harder to raise money for further study at Wat Nuannoradit senior high school in Bangkok. Mr Sanit stayed with relatives who also gave him financial support because his father's income from rubber tapping was not enough.

After graduation, Mr Sanit chose to study forestry because of his familiarity with rubber and rice planting. He earned a bachelor's degree in 1965, but the festive moment was dampened by his father's death a year earlier from a snakebite.

Mr Sanit applied for work as a lecturer at Kasetsart University's Faculty of Forestry in 1967 because his mentor, Sagna Sabhasri, suggested this was the best opportunity for him to continue studying for a master's and a doctorate. 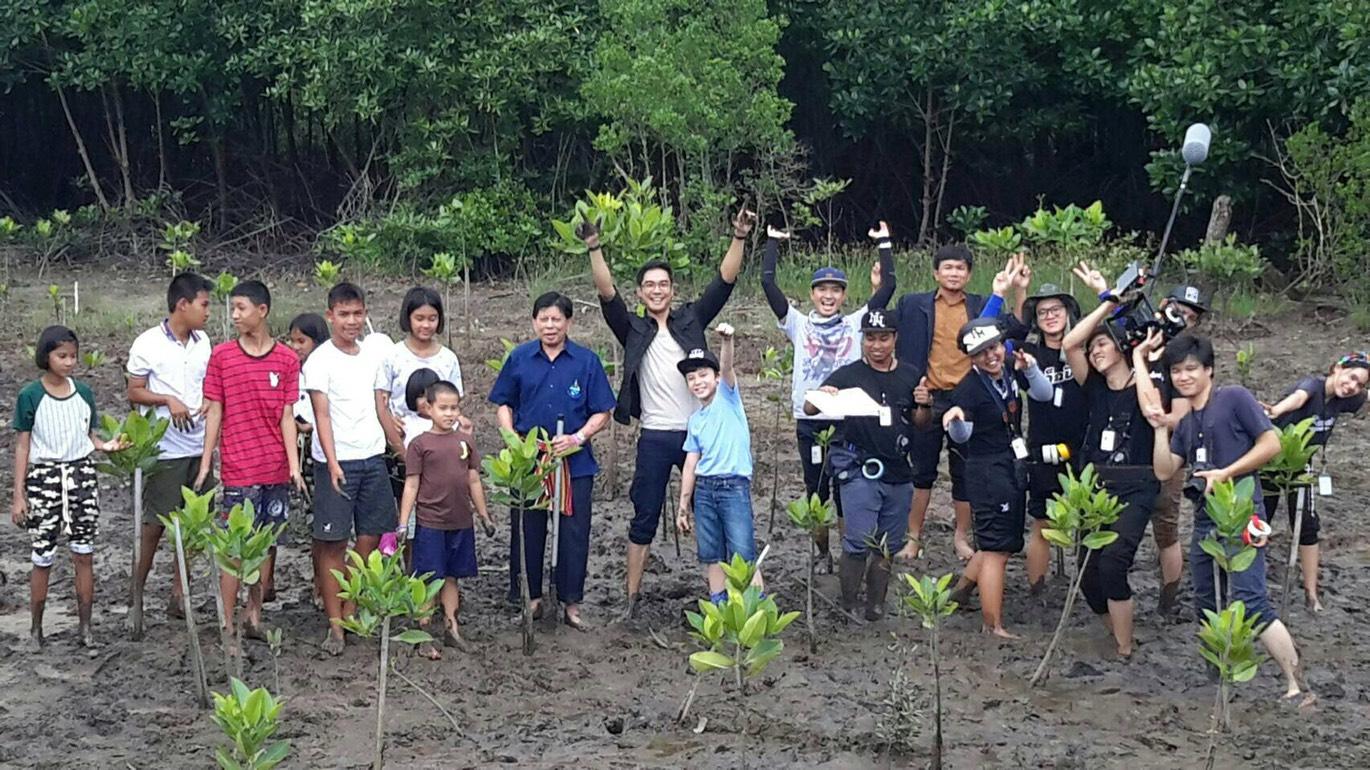 Mr Sanit (in indigo shirt) says nature is based on an equilibrium and the sufficiency economy is a key part of that equilibrium.

Mr Sanit was impressed by mangroves and decided to further his study with a PhD from Michigan State University. He did his thesis on mangroves in Khlung, Chanthaburi and was the first student from Thailand to get a doctorate with a concentration on mangroves.

Working on ecology issues has taught him how to deal with people.

"The way I live, work and administer the organisation is primarily based on three principles I've learned from ecology and mangroves: natural, simple and transparent," Mr Sanit says. "If you understand the meaning of nature, your decision will be balanced because nature is an equilibrium and interdependent, while 'simple' will make you humble and have an easy life without tension or depression, and transparency leads you to make the right decision."

According to Mr Sanit, the sufficiency economy is part of the equilibrium. So the priority task of the NESDC chairman is to drive the think tank to become an agency that the public and the government can rely on.

"The NESDC should be a leading agency to seek solutions for society and guidance for the country's development," Mr Sanit says. "The agency should also push the sufficiency economy philosophy to be widely applied not only in the country but also abroad. A wider application of the sufficiency economy is one of my dreams. I am ambitious to implant this philosophy in Thai society because this can create real happiness and a sustainable life, as well as a sustainable society."

Another of his dreams is to complete the 800-million-baht international botanical garden and mangrove learning centre at Ban Samet Ngam Village in Muang district of Chanthaburi in honour of His Majesty the late King Bhumibol Adulyadej.

A committee of the National Legislative Assembly surveyed a mangrove forest in Chanthaburi province before designating it as the first international mangrove botanical garden in Thailand on April 20, 2018.

The garden is expected to collect samples of plants from mangrove forests all over the world for study, learning and research. The garden aspires to set an example for sustainable mangrove forest restoration.

The garden should be completed in 2-3 years and is expected to be regarded as the world's first international mangrove botanical garden.