The sales rate for new condos launched in Bangkok in the second quarter fell to historic lows as loan-to-value (LTV) limits, a weak economy and stronger baht dampened demand, according to property consultant Knight Frank Thailand.

Risinee Sarikaputra, director of research, said the sales rate for new condo supply in the second quarter -- 15.7% -- was an all-time low. The previous low quarter was 35% in 2010 during a political crisis.

According to Knight Frank's market research, Bangkok hit a decade-long record for new condos entering the market, with 65,000 new units launched throughout 2018, up 11% from 2017, the highest since 2009.

In the first and second quarter this year, new condo supply launched in Bangkok totalled 12,882 units and 14,988 units, respectively. 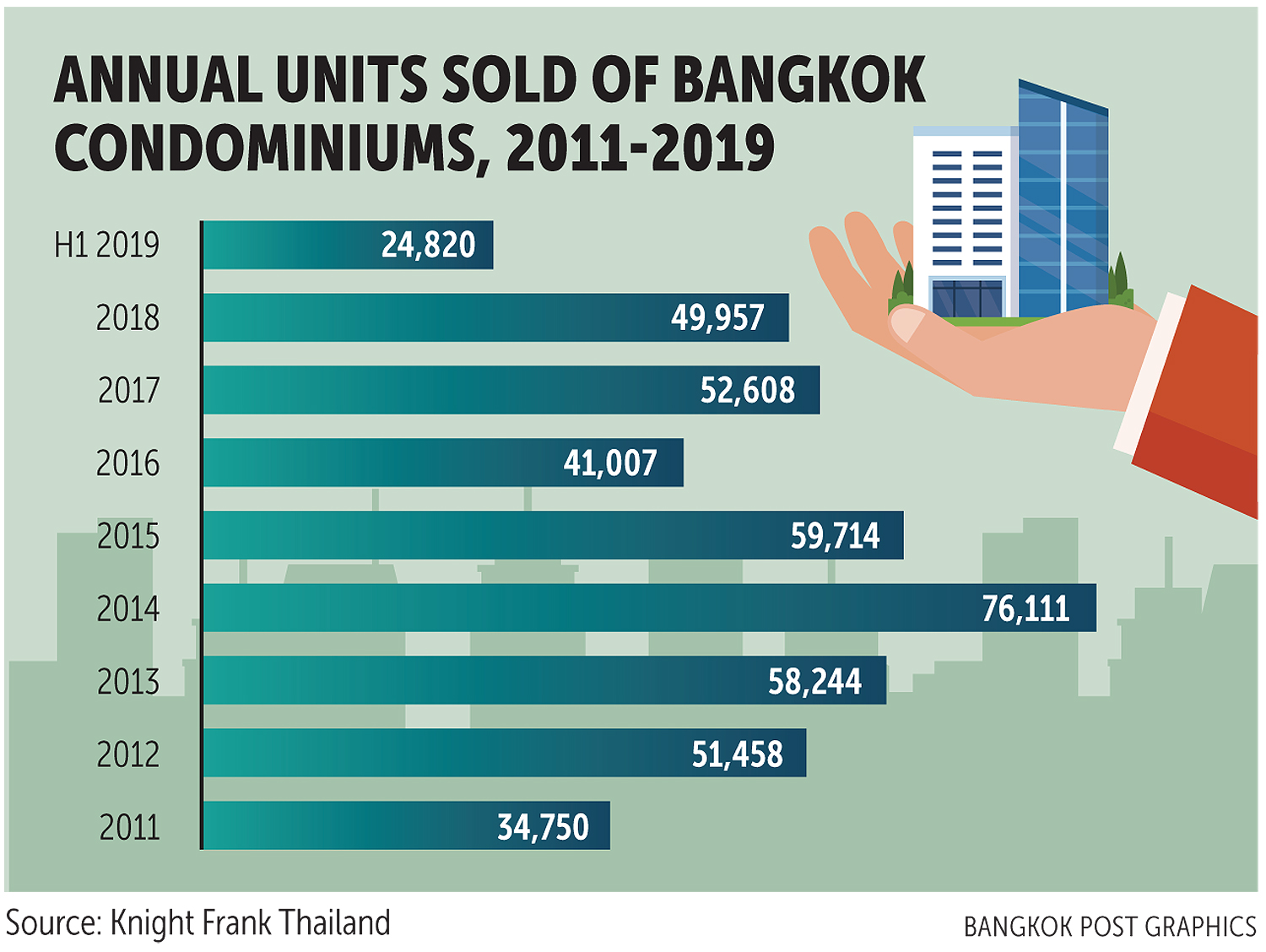 To avoid a glut and a low sales rate, Ms Risinee suggested the optimal number of units launched per year be no more than 50,000, the same level as average annual demand.

"New condo supply being launched in the second half should be lower than in the first half -- no more than 27,000 units," she said.

The largest amount of unsold condo units was in northern Bangkok, in Rangsit, Don Mueang, Sai Mai and Chaeng Wattana, with a total of 21,284 units unsold, accounting for 23% of the total.

This was followed by eastern and southern Bangkok with 15,972 and 15,728 units unsold, respectively.

The highest cumulative sales rate for condos in the first half this year was in Tao Poon-Bang Sue with a 90.2% rate as the location had only 487 units launched in the first half. Demand in the period was 593 units.

Ms Risinee said a large volume of new condo supply is planned for locations between Sukhumvit sois 105-113 and Charoen Nakhon-Thon Buri-Talat Phlu areas, but developers are being cautious and holding off on launches.

"These two locations should not have launches as their sales rates are not strong enough to warrant new supply," she said. 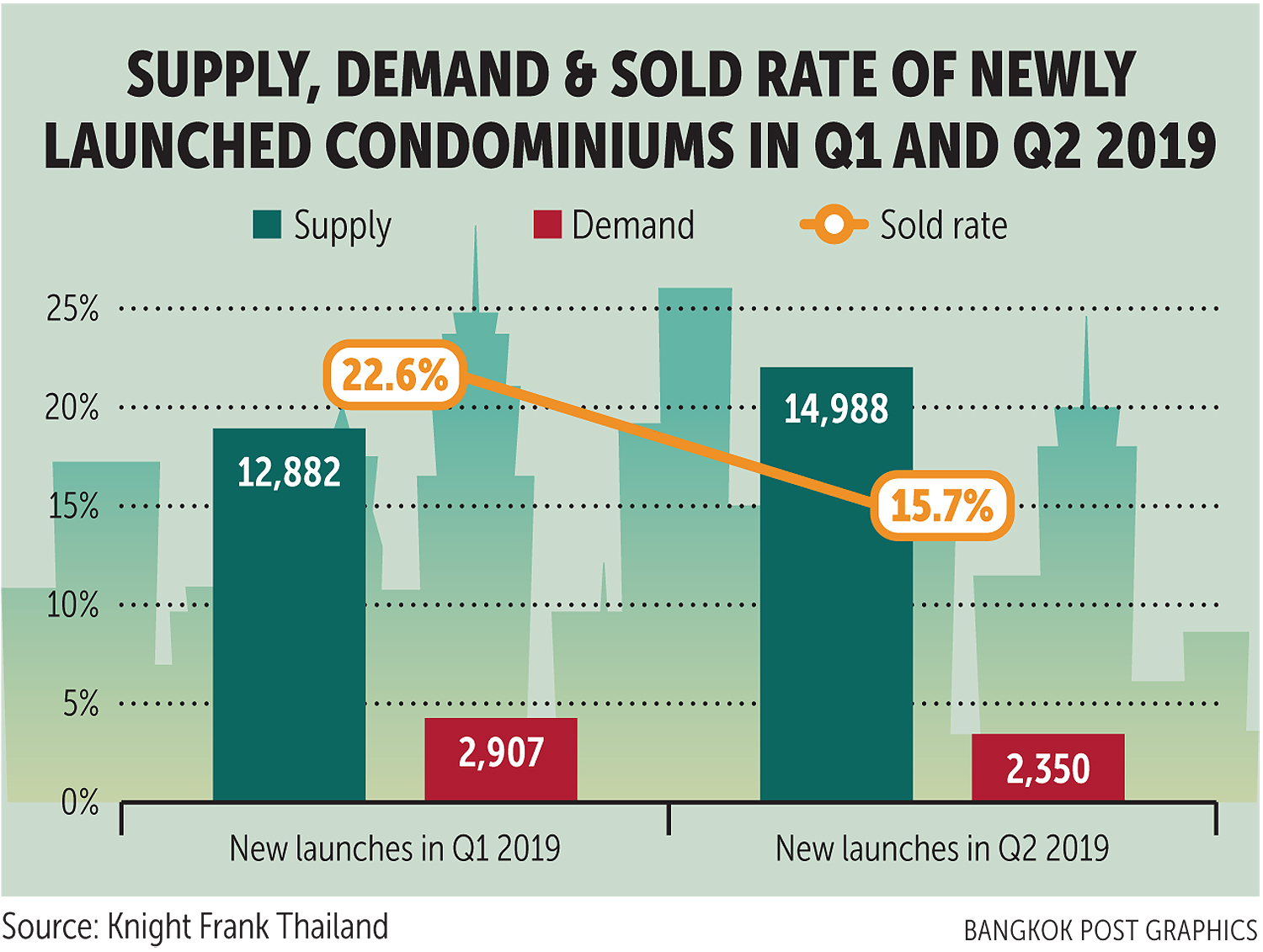