Average daily new short-term corporate bond issuance and short-dated corporate bond trading in secondary markets slumped by 75% and nearly 50%, respectively, after a 15% withholding tax on gains from investment in fixed-income funds came into force on Aug 20.

During Aug 20-30, issuance of short-end corporate bonds averaged 1.12 billion baht a day, down significantly from the year's daily average of 4.53 billion baht, according to Thai Bond Market Association (TBMA) data.

While too early to exclusively blame the withholding tax on fixed-income funds for the sharp decline in new corporate bond offerings and trade turnover, the tax is a negative factor, said Ariya Tiranaprakit, the TBMA's senior executive vice-president.

Individuals who invest in debt securities or make deposits in banks are subject to a 15% withholding tax rate on interest, profits or discount, while gains from investment in mutual funds with an asset allocation in debt instruments were tax-exempt before the 15% withholding tax went into effect.

Ms Ariya said the Revenue Department has yet to respond to a TBMA proposal to waive the withholding tax for mutual funds that gain from investment in bonds issued before Aug 20.

The department should not have a double standard for investment in the same bond, she said.

Ms Ariya said the yield gap between Thai 10- and two-year bond maturities is narrow at 0.08%. Normal practice is for investors to shun long-term investment and seek safety in short-dated notes, deposits and other asset classes amid an economic slowdown, she said.

Regarding offshore fund flows, Ms Ariya said foreign investors as of Tuesday had cashed out 115 billion baht from short-dated bonds with maturities of up to one year, but they bought a net 59.9 billion baht worth of long-end notes, leaving capital outflows of about 55.5 billion baht.

Thai bonds held by foreign investors have an average maturity of 8.86 years, longer than the 7.68 years seen last December.

As of Tuesday, outstanding bond holdings amounted to 934 billion baht, down from 1 trillion baht in early 2019. 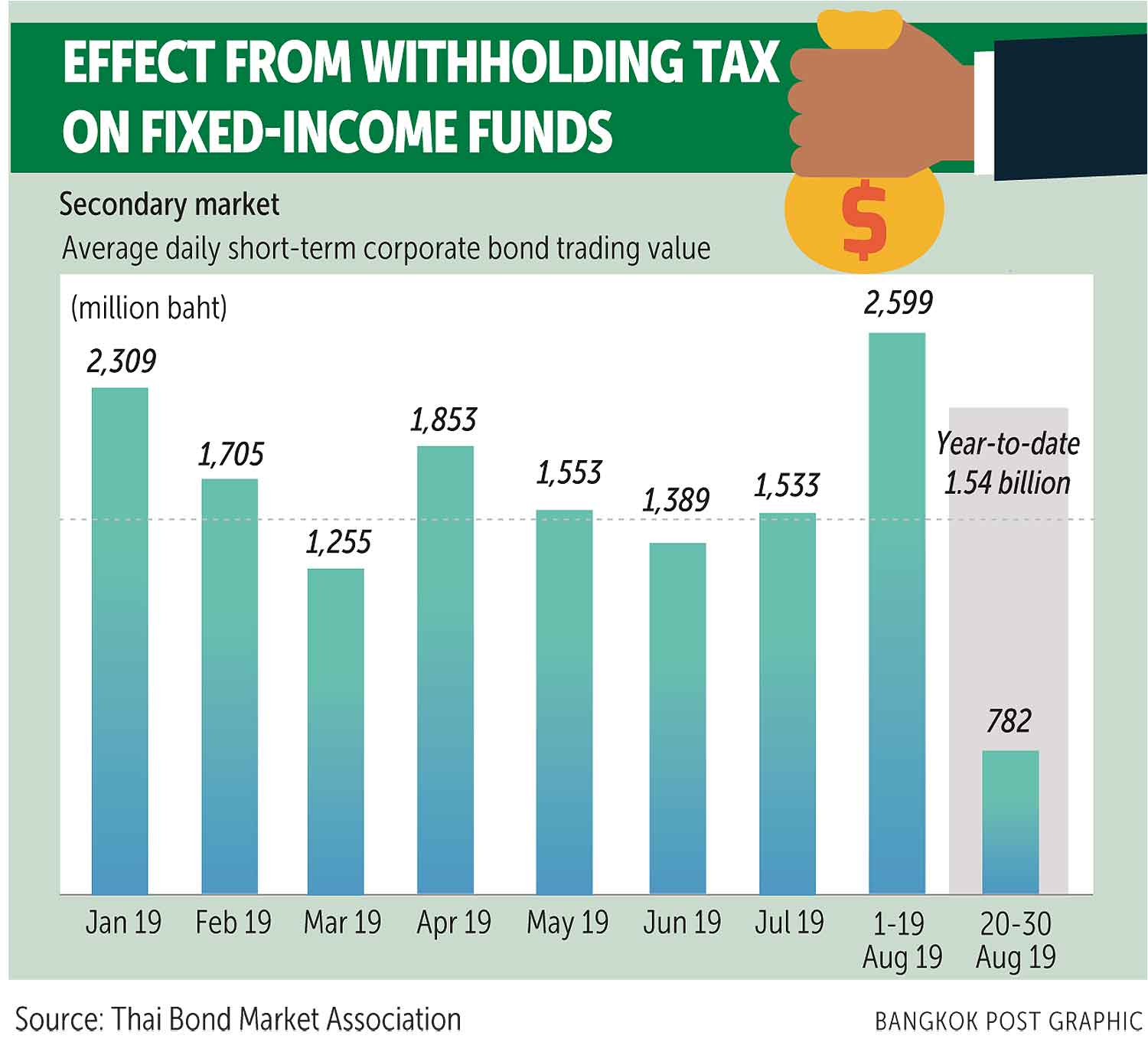