#SEAYOUTOMORROW : the future of the ocean
Business

#SEAYOUTOMORROW : the future of the ocean

AT THE RECENT 2019 ASEAN SUMMIT, THAILAND WAS RANKED AS THE WORLD’S SIXTH LARGEST CONTRIBUTOR TO MARINE DEBRIS, AND FOURTH IN ASEAN.

The question arises whether Thais are able to break free of long established and habitual plastic bags usage or to accept the higher cost of environmentally-friendly containers.

Since 2016, this lingering environmental issue has been challenged by an initiative launched by Singha Estate Public Company Limited aimed at preserving the intricate balance between ever-growing tourism and long-term sustainability of relevant ecosystems. 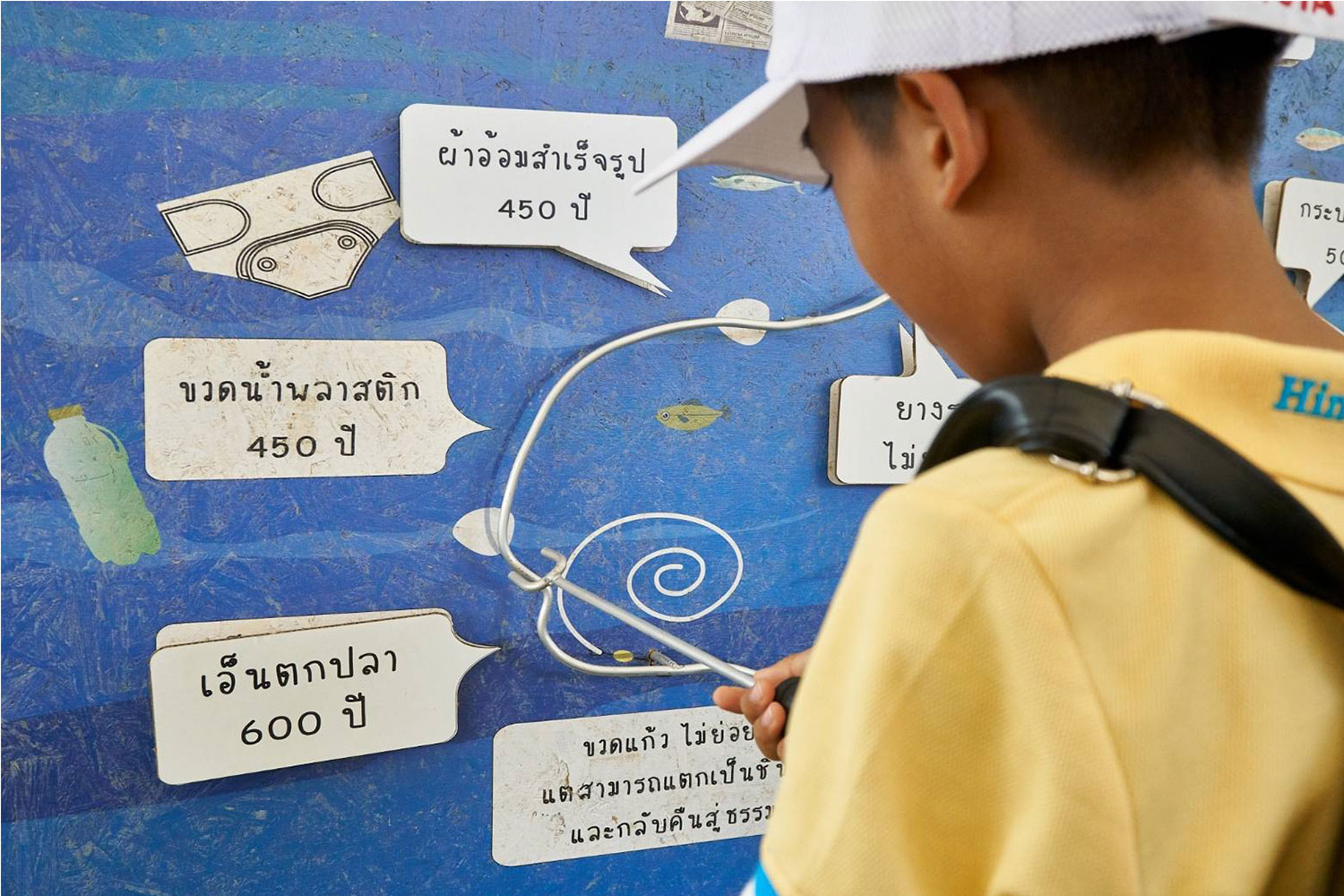 For decades, Singha Estate businesses have been built upon the success of expanding its kingdom of luxury seaside vacation resorts and residences at the world’s most acclaimed tourism sites, including Phi Phi Island in Krabi, Samui Island in Surat Thani, The Maldives, and Mauritius.

“Phi Phi Set to Change” was therefore the first environmental CSR campaign fulfilling the company’s desire to contribute to the conservation and restoration of Nopparat Thara Beach and Phi Phi Island National Park where bleached corals were highlighted as a critical agenda.

Research in marine zooxanthellae and the restoration of bleached corals were required to initiate the ocean rescue mission. The first of its kind in the world, the research was conducted by Dr. Thaithaworn Lirdwitayaprasit, Head of the Marine Science Department of Chulalongkorn University’s Faculty of Science.

While the ecosystem rehabilitation campaigns gained wide public interest, the goal of a fully restored ocean free of garbage has not yet been realised. 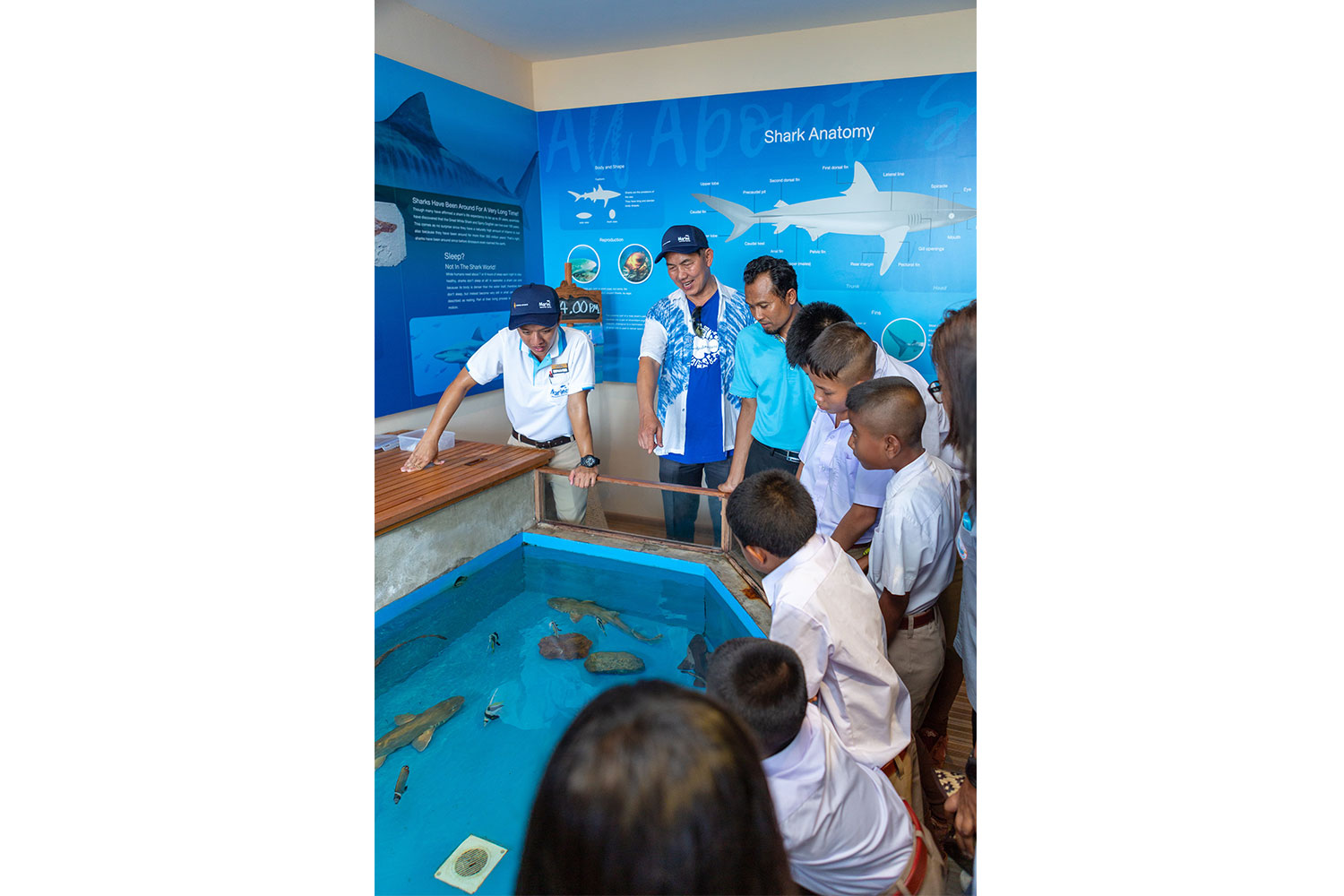 Accepting that the massive devastation is caused largely by human activity, the coral restoration programme and clownfish breeding are not the best solutions to the marine biodiversity degradation issue, the Zero Waste concept, effective wastewater management, and marine biodiversity restoration are key factors to achieving success.

#SeaYouTomorrow: The Future of the Sea Is in Your Hands, the third campaign launched in 2018 under the Singha Estate CSR programmes, is aimed at raising public awareness of waste management and the consequences of failing to achieve it.

“21 Days Challenge” was first launched in 2018 for 21 days. Throughout the campaign period, some 10,000 plastic bottles were collected and a record 5,000+ tote bag usages were logged. Highlight activities included “Nemo Story Short Film” and the “Christmas Without Waste” event.

“Marine Discovery Center (MDC)” was established at Phi Phi Island Village Beach Resort in collaboration with Kasetsart University’s Faculty of Fisheries to provide medical treatment for rescued sharks. The project was also expanded to include a clownfish breeding farm and a coral reef restoration initiative. MDC also has plans to become a learning centre for disseminating knowledge about ecosystems to affected communities and environmental activists.

“Carbon Neutral” is a pilot campaign established at Santiburi Koh Samui to promote reduction of GHG (Greenhouse Gas) emissions and combat global warming. Santiburi has recently been certified as a “Carbon Neutral Resort”. 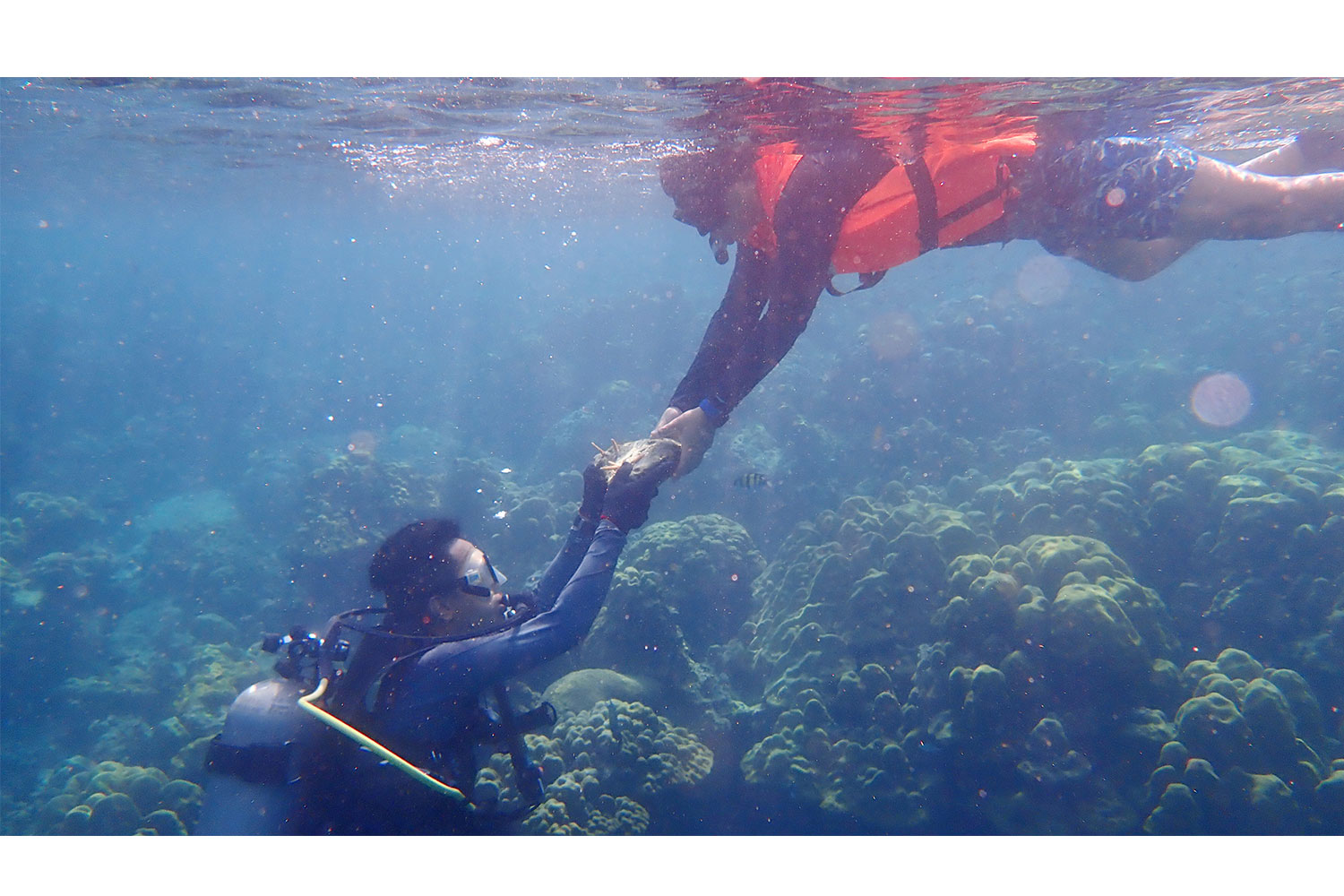 Guaranteed by “THAILAND TOP COMPANY AWARDS 2019”, Singha Estate Public Company Limited is recognised by the public and private sector for its contributions to promoting environmental and social concerns.

In 2019, the company launched new campaigns in response to requests by its global nature conservation-related partners to assist in their efforts to protect marine biodiversity.

While the picturesque, history-inspired designs can be seen on most façades of CROSSROADS’ attractions, it is at the Maldives Discovery Center in Maldives that true respect is paid to Maldivian history and culture. The interactive educational-centre-cum-museum not only promotes environmental conservation knowledge but seeks to entice visitors with unique cultural attractions that showcase local arts and crafts.

As much as CROSSROADS is honouring the remnants of a great ocean-going trading nation with a stunning interpretation of its history on land, Marine Discovery Center is rebuilding the empire beneath the deep-blue sea that is the lifeblood of the Maldives. Biologists based here carry out research and longitudinal studies on sea-life and coral propagation and are building a coral nursery area that spans 64,000 square metres. To do this, they recruit broken corals from damaged or sick colonies, rehabilitate them in the nursery by attaching the fragments to natural substrates such as rocks. They then release them into the ocean without use of invasive materials such as metal frames commonly employed in coral propagation.

To help move the campaign forward, the #SeaYouTomorrowRun initiative was launched by the Royal Thai Navy-Air and Coastal Defence Command in collaboration with Singha Estate. The foot-race event, to be held on 27 October 2019, is aimed at raising public awareness of the importance of creating sustainable systems of marine debris management. With help from environmental activists and partners, the event is expected to attract some 2,000 participants from all sectors, and will mark the start of waste management innovation. 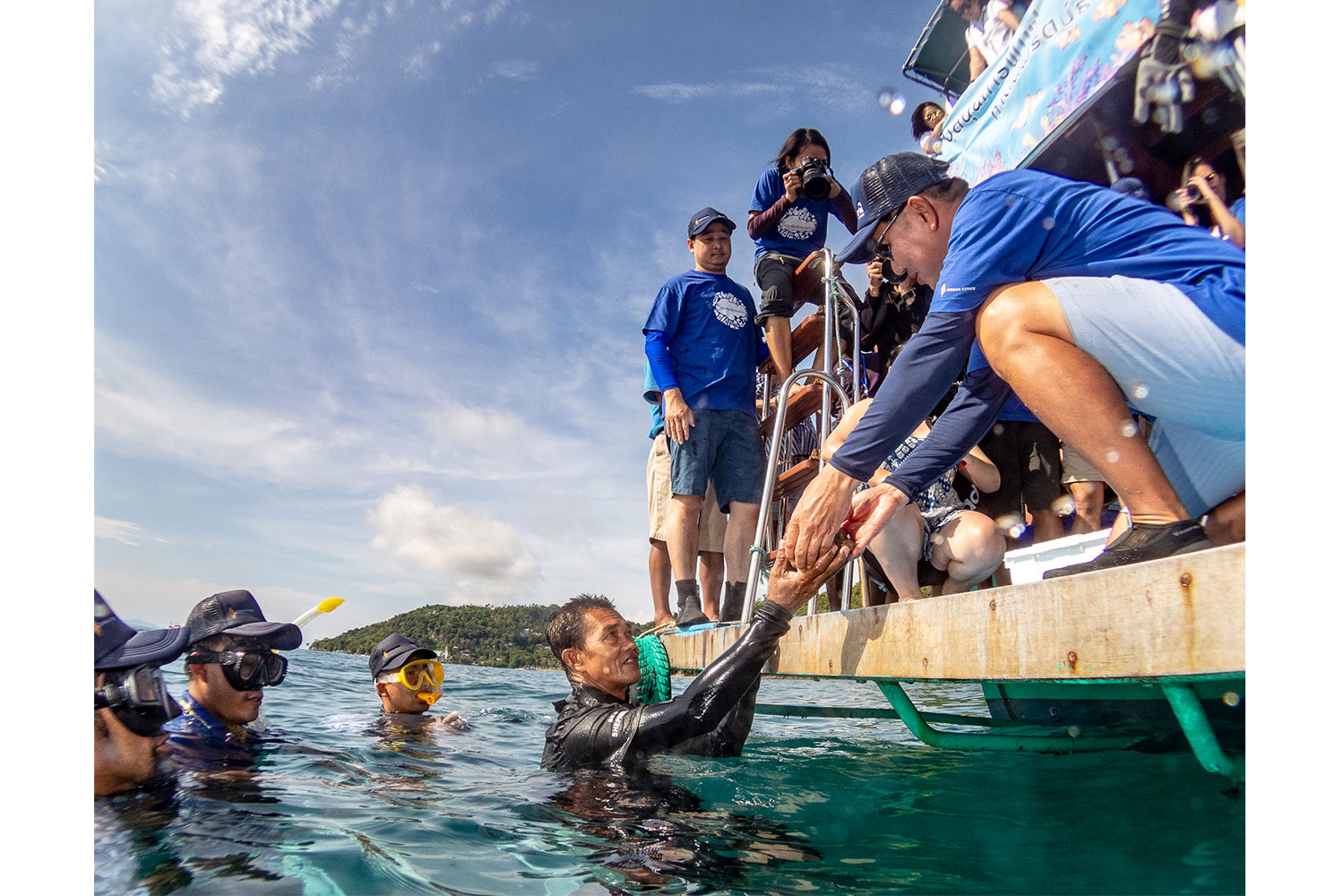 For the main event, dubbed “Plogging Run” - or picking up rubbish while jogging – runners will be asked to collect litter they encounter along a one-kilometre route. All plastic bottles, straws, and bags collected during the event will be upcycled to make road barriers.

Other activities include educational exhibits on marine debris solutions and waste recycling, a product upcycling demonstration, and a series of talks by marine experts entitled “S Talks: The Future of the Sea Is in Your Hands” by

Singha Estate Public Company Limited CEO Naris Cheyklin said: “Creating equilibrium between business conduct and environmental preservation requires a great amount of capital, and recovering the investment is considered a long-term goal. Even if we are not funding the mission, the public will have to share the financial burden. Our efforts to build awareness may not see returns in the near future, but we hope these initiatives will be rewarded in the long run”. To be part of the campaign, please visit www.singhaestate.co.th.