Thailand slipped one place to 40th in the World Digital Competitiveness Index 2019, partly because of a lack of public access to digital public services and subpar participation in public decision-making. 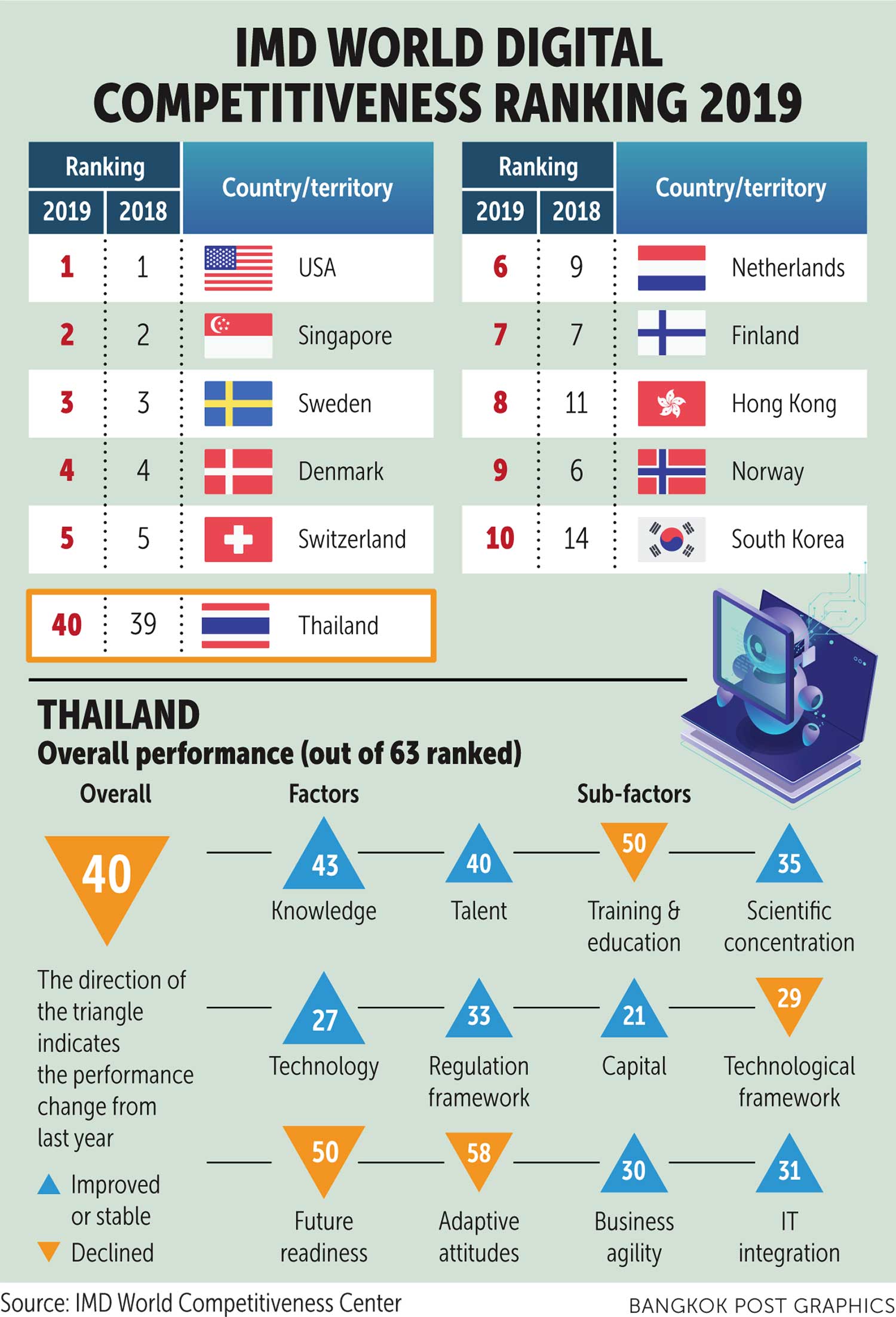 The rankings, which cover 63 countries, were released on Thursday. The index was commissioned by the IMD World Competitiveness Center, a think tank under the IMD business school in Switzerland and Singapore.

The top five are the Uninte States, Singapore, Sweden, Denmark and Switzerland, unchanged from 2018.

Hong Kong and South Korea jumped to the top 10 this year, while several other Asian countries also advanced.

China climbed eight spots to 22nd this year, while Malaysia and the Philippines each rose one position to 26th and 55th, respectively. Indonesia jumped from 62nd to 56th.

Thai future readiness fell one position to 50th, while knowledge and technology rose one rank to 43rd and 27th, respectively.

While both in terms of business agility and IT integration Thailand advanced by four places from last year, the adoption of technology in society seems to have margin for improvement, Mr Bris said.

The e-participation index, which measures citizen access to information, public services and participation in public decision-making, is a key element in adaptive attitude.

"Future readiness is the digital factor where policymakers can make a difference by incentivising technology diffusion in society and adopting e-government solutions in its processes," he said. "Other areas of intervention to sustain future world digital competitiveness levels are public education and talent development."