The 15% withholding tax collected on gains from fixed-income funds could affect the long-term trading structure of both the primary and secondary bond markets, says the Thai Bond Market Association (TBMA). 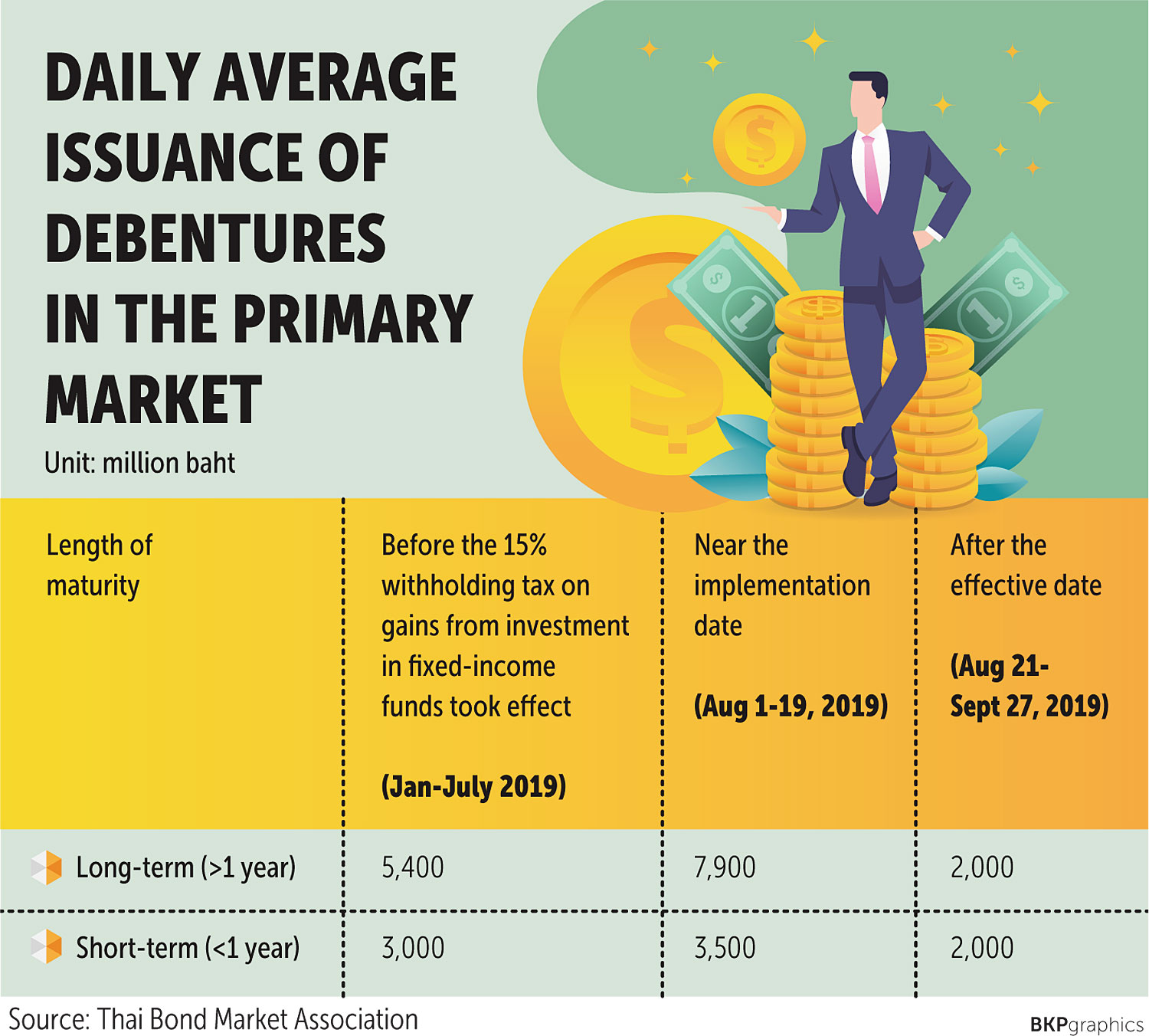 Mutual funds had not been defined as a taxable unit for many decades, with investors in mutual funds reaping gains from the 15% tax privilege. But a change occurred when the cabinet in August 2018 approved the 15% withholding tax on gains from fixed-income funds.

"We have seen a drastic increase in short-term debenture issuance over the periods [before the withholding tax implementation date]," said senior vice-president Sirinart Amornthum. "It [the tax measure] could affect the trading structure of both the primary and secondary bond markets."

For the secondary bond market, the average daily trading value rose to 2.6 billion baht during Aug 1-19 from 1.5 billion baht in the first seven months. Trading value then dropped to 800 million baht a day after the effective date.

The trading behaviour of investors in the bond market could change in the long run because of the tax liability.

The tax tweak could backfire on the government or the Bank of Thailand in terms of funding costs when either of them wants to undergo bond reopenings, a process to issue an additional amount of previously issued bonds to increase liquidity, Ms Sirinart said.

"Asset management companies may not be tempted to buy reopened government bonds, since the 15% withholding tax is collected on the coupon rate," Ms Sirinart said. "This means that the net return will be lower than it should be, due to the excessive tax payment."

The same principle also applies to bonds issued by the central bank.

"The lower return would affect demand to buy the Bank of Thailand's bonds by asset management companies," Ms Sirinart said. "I do not know how the central bank would compensate for this, but at the least this means that the cost of the monetary policy has to increase."