Thai commercial banks were rated fully compliant by the Financial Sector Assessment Programme (FSAP), jointly conducted by the World Bank and the IMF, but the multilateral lenders pointed out that household debt, specialised financial institutions (SFIs) and cooperatives still need to improve.

Under FSAP's Basel Core Principles for Effective Banking Supervision (BCP) for 2018-19, Thai commercial banks were scored fully compliant for 24 topics and largely compliant for five topics, said Bank of Thailand governor Veerathai Santiprabhob, who also noted there is were no categories assessed as non-compliant or materially non-compliant.

The Bank of Thailand, Securities and Exchange Commission (SEC), and the Office of Insurance Commission (OIC) applied to FSAP on a voluntary basis for the second time after an initial test in 2007.

Thai commercial banks' ratings were similar to two regional financial centres: Hong Kong and Singapore. They were also rated fully compliant for the BahtNet system in 16 topics and largely compliant for principles of financial market infrastructure.

The central bank has good collaboration with commercial banks and regulatory bodies both locally and internationally, he said.

"The World Bank and IMF support the central bank's implementation of macroprudential policy to supervise and strengthen SFIs and cooperatives to commercial banks' standards," he said.

The Bank of Thailand was recommended to improve risk management standards, corporate good governance and SFIs' market conduct to be on par with commercial banks in the long term.

"They also advised regulatory bodies to clarify and improve regulatory roles for SFIs held by the central bank and the Finance Ministry," said Mr Veerathai.

Ruenvadee Suwanmongkol, secretary-general of the SEC, said the FSAP assessment of the Organisation of Securities Commission rated Thailand No.1.

OIC secretary-general Suthiphon Thaveechaiyagarn said the country's insurance business was rated to be on par with the US, China and Hong Kong. 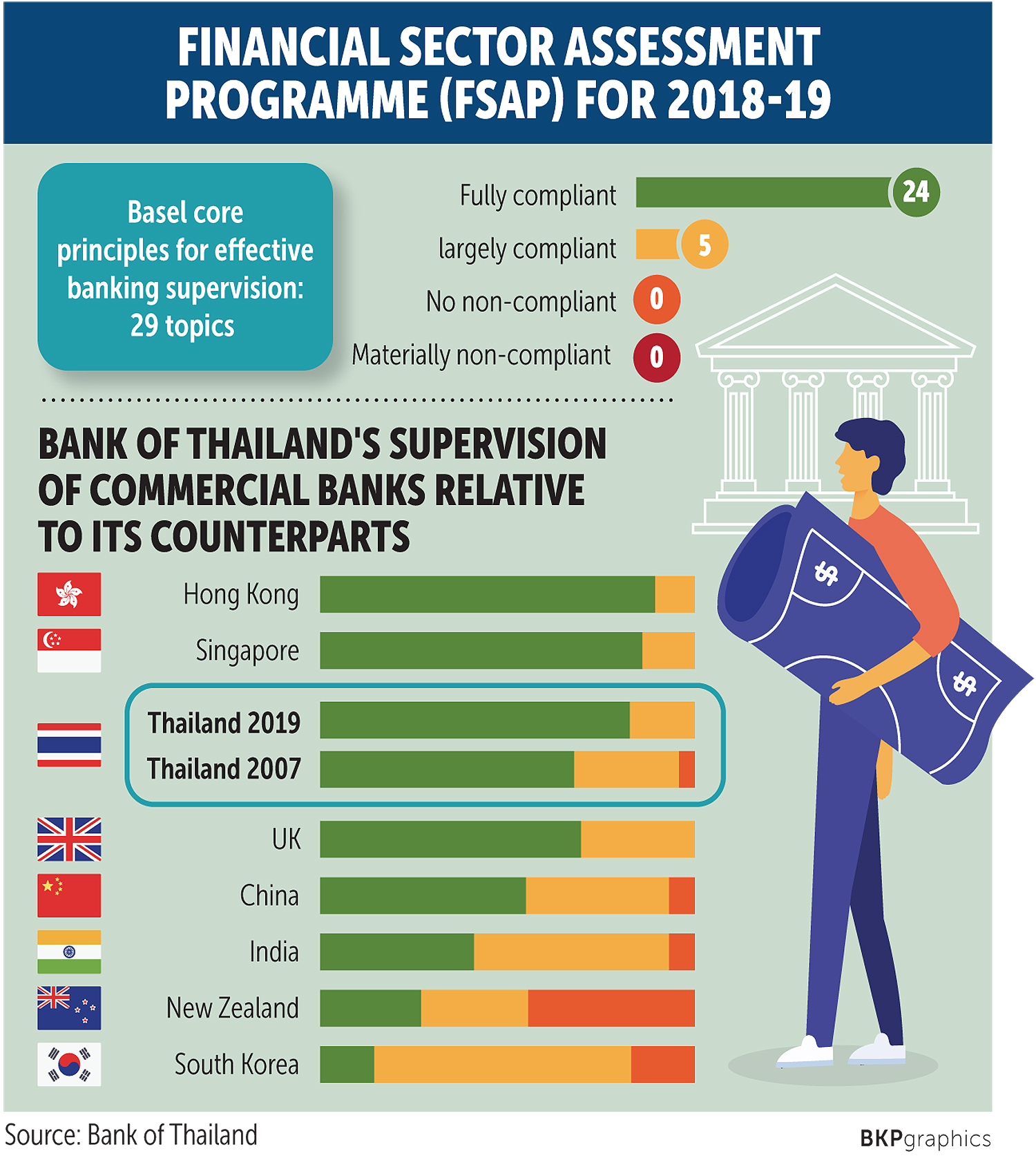