Thailand ranks second after Japan on the popularity of Alipay used by Chinese tourists for transactions during the "Golden Week". (Post Today photo)

Alipay, the world’s largest mobile payment and lifestyle platform, operated by Ant Financial Services Group, announced on Wednesday a summary of overseas transactions by mainland Chinese during "Golden Week", Oct 1-7. Thailand was surpassed only by Japan in transaction volume this year.

According to Fliggy, Alibaba’s travel service platform, most Chinese tourists visiting Thailand are from Guangdong province, followed by Shanghai and Beijing.

Cambodia and the Philippines joined the top 10 list, thanks to more merchants accepting Alipay. The Philippines experienced 26 times the volume of transactions this year than in 2018. 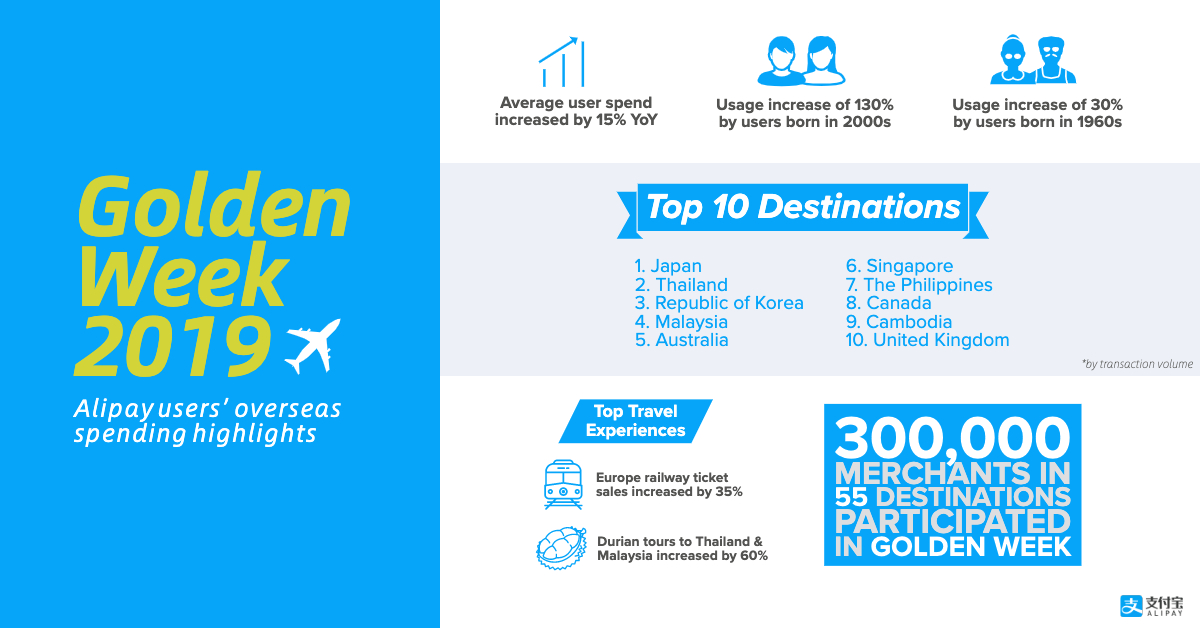 Sales of “durian experience” packages in Thailand and Malaysia increased by 60% from last year.

More than 300,000 merchants in 55 countries and regions took part in Alipay’s "Golden Week" campaign this year. 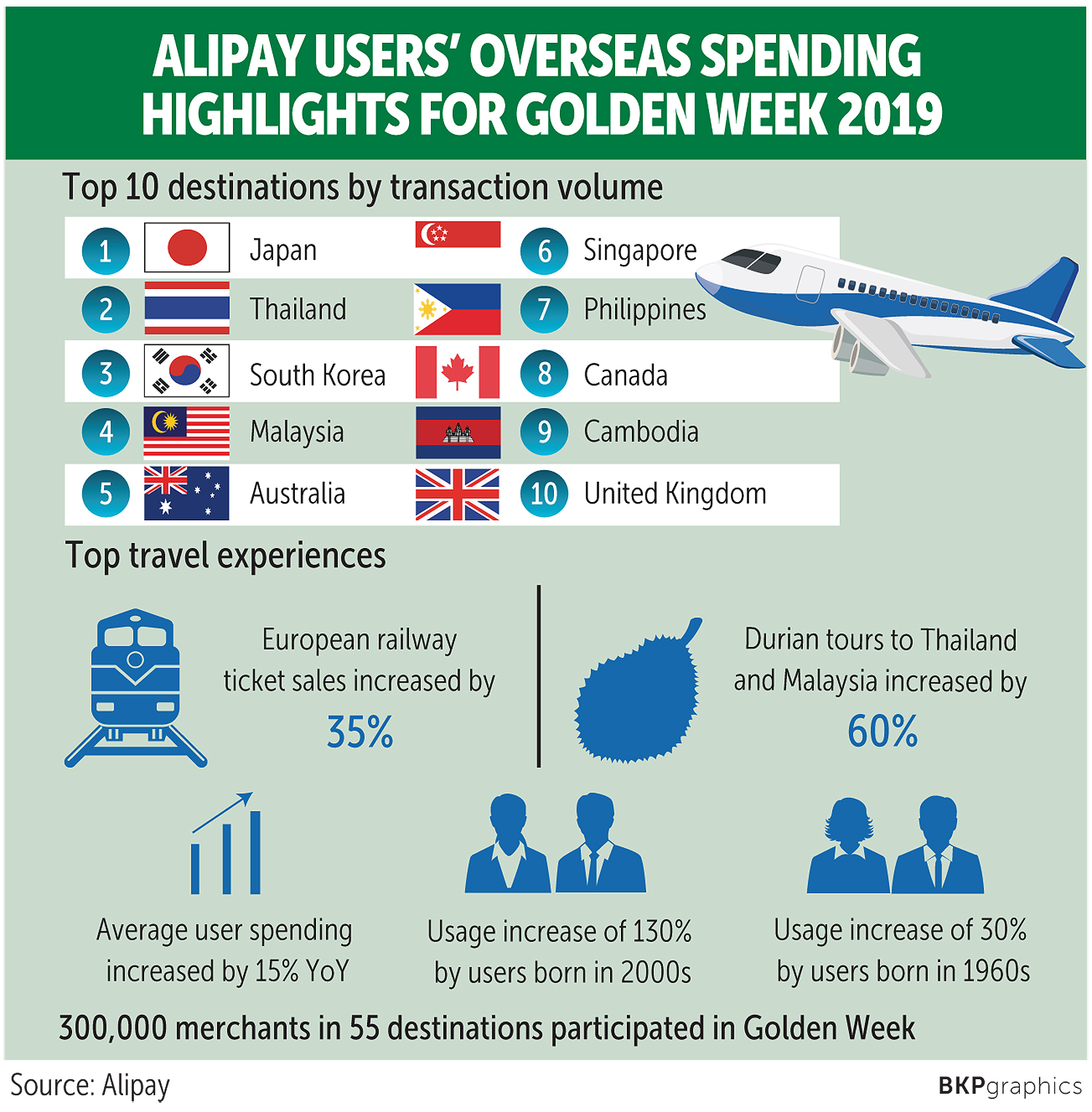