Thailand placed in the bottom five out of 47 countries ranked for privacy protection, according to a study by Comparitech, a website that researches and compares tech services. 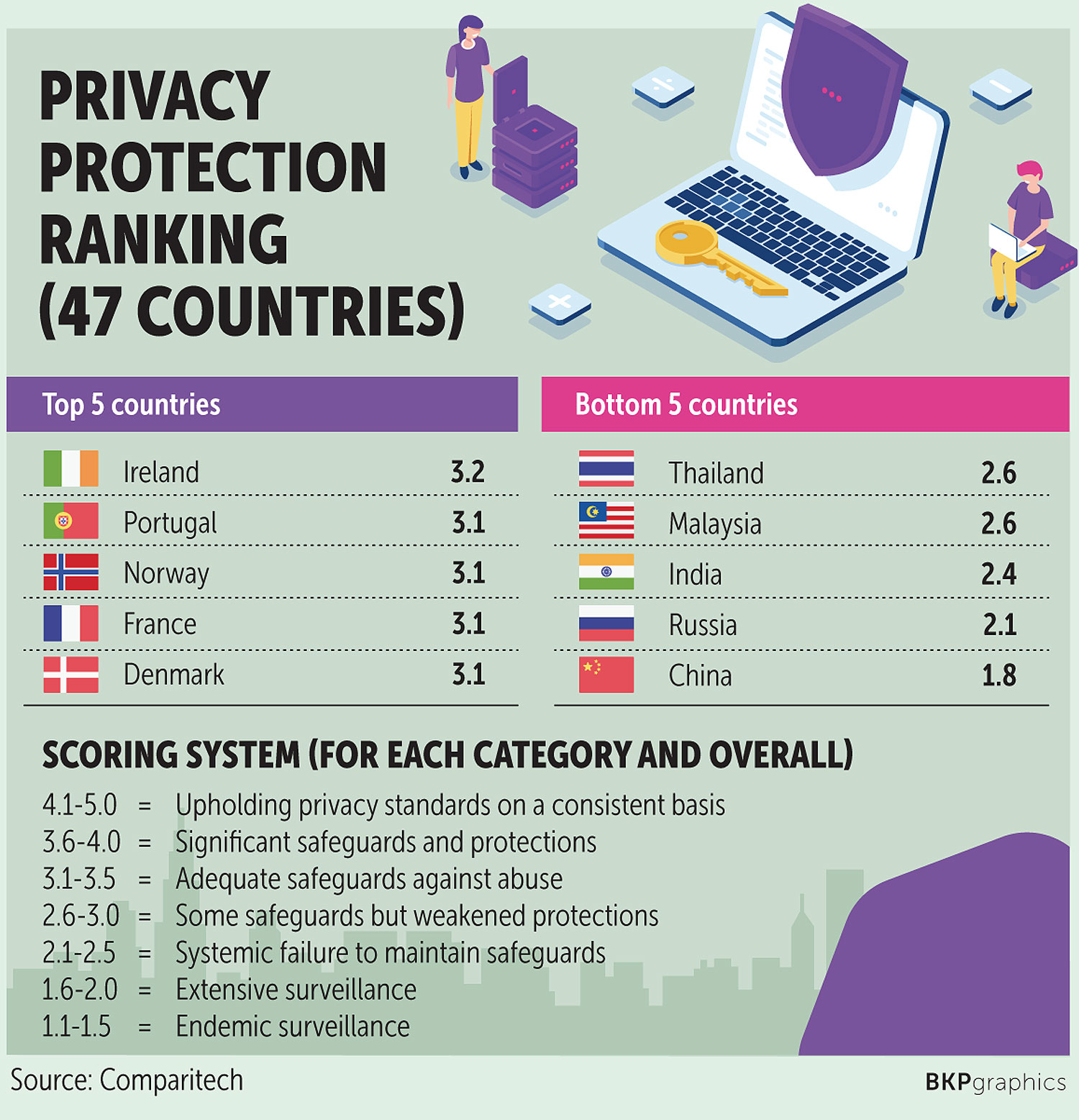 Ireland ranked first with a score of 3.2, followed by Portugal, Norway, France and Denmark, all of which scored 3.1.

Comparitech assessed privacy protection and the state of surveillance in 47 countries to determine which governments are failing to protect privacy.

The study took into account a number of categories, ranging from use of biometrics and CCTV to data-sharing and retention laws.

According to the website, biometrics are used and required for many day-to-day proceedings, such as biometric checks when buying a SIM card.

Thailand's Computer Crimes Act lets officers of the Digital Economy and Society Ministry request documents and computer data from service providers without a warrant, Comparitech said. With a warrant, they are able to request much more information.

Comparitech said many believe the new cybersecurity law "will be used by the government to silence critics".

Thailand's Personal Data Protection Act was published in the Royal Gazette on May 28 and is due to come into force a year later.

"It is hoped this will create Thailand's very first consolidated data protection act, but people are being given a one-year grace period to adjust to these new laws," Comparitech said. "Workplace monitoring and data retention policies should improve."

Thai cafes are now forced to keep a log of customers' browsing data for at least 90 days. This, according to the government, is to help identify users who might abuse the laws.

According to the website, China relies on biometrics and artificial intelligence.

"For example, facial recognition cameras are now catching jaywalkers, triggering a text message and sending their image to large screens to publicly shame them," Comparitech said.

In addition, state intelligence has the power to request data from any organisation or citizen, while surveillance cameras with facial recognition are now the norm in China.