Making a mark on social media

Thai influencers are distinguishing themselves with conventional and wacky content, all while adhering to a largely consistent set of principles 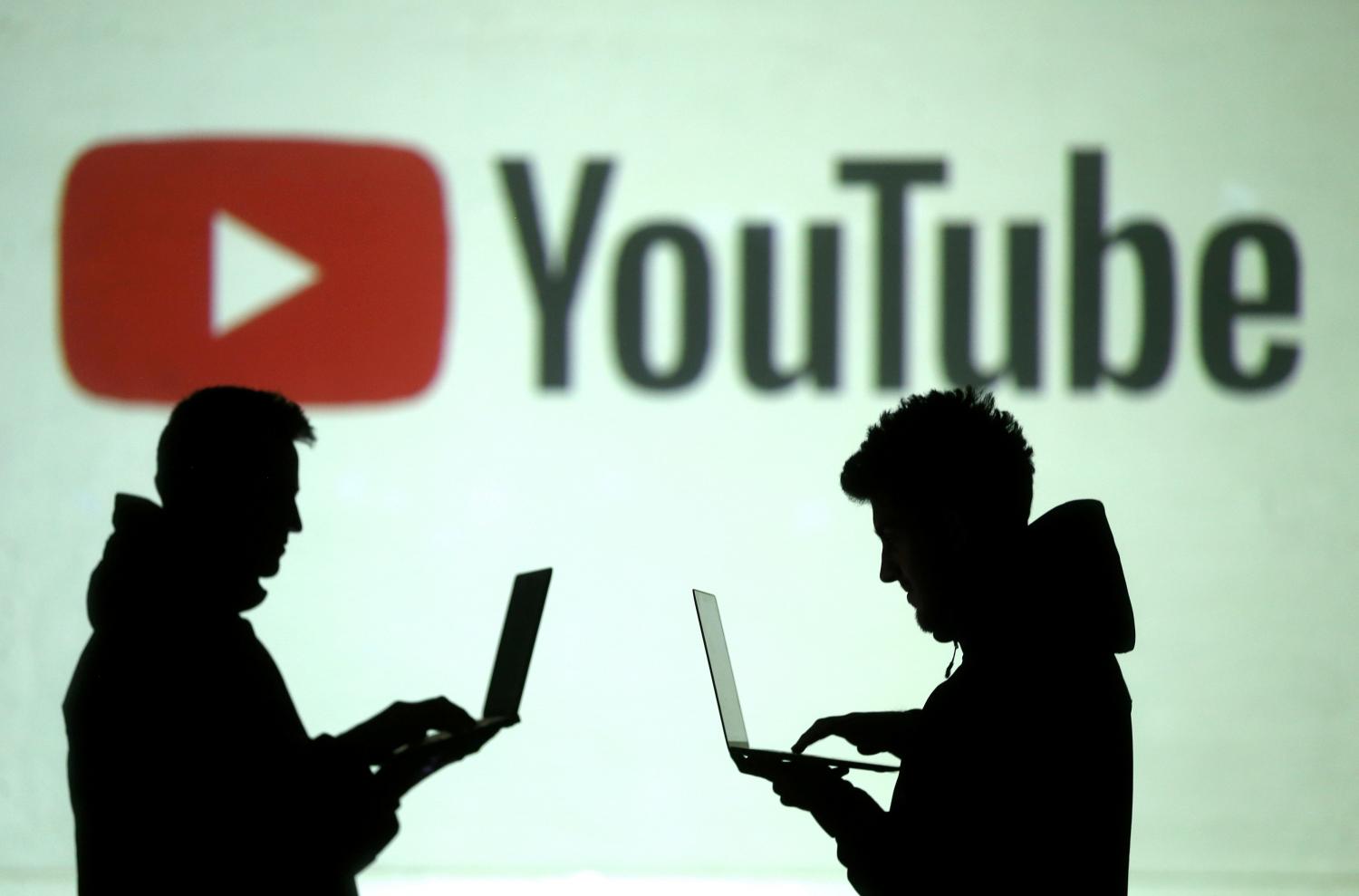 Silhouettes of device users next to a screen projection of the YouTube logo. Reuters

In Thailand, six YouTube channels have gained more than 10 million subscribers. Some 90% of Thais use YouTube when they go online.

Krit Boonyarang, a fun-loving video maker who goes by the name of Bie The Ska, has drawn 10 million subscribers to his YouTube channel.

His video-making journey started when he was an engineering student at university.

At that time, he shot a video for fun by lip-syncing a song by popular singer Sukrit Wisetkaew (whose nickname is Bie), going by the moniker "Bie The Star", just to entertain his friends -- but the clip went viral online. 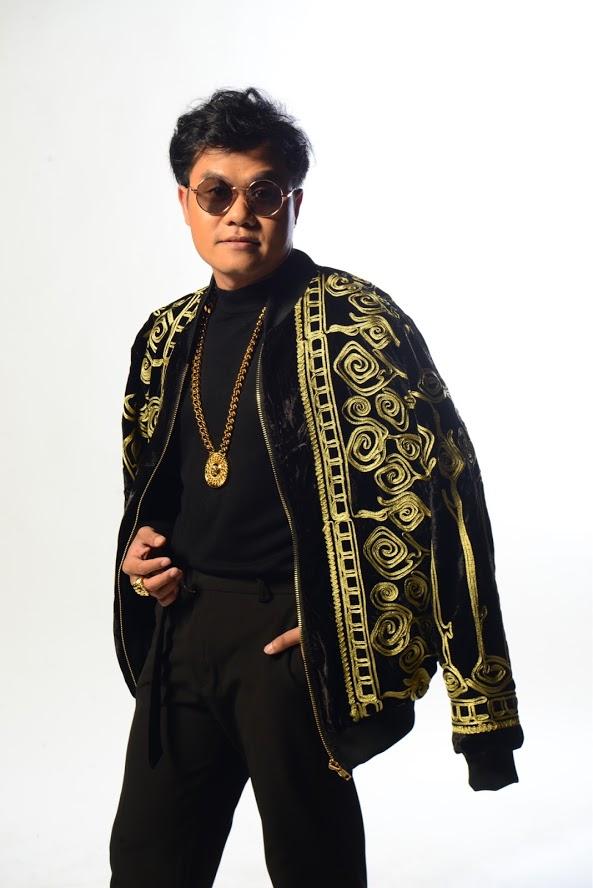 Bie The Ska's video-making journey started when he was a student.

After graduating, he worked as a computer programmer for a while but then decided to embark on video production as he realised that online content was gathering steam.

"This fosters an opportunity for influencers," Mr Krit said.

Success was not immediate. His videos hardly gained traction in the first six months, and he considered returning to programming.

Within a day of uploading, his parody of the Korean megahit Gangnam Style blew up, gaining 300,000 views. This was the start for brands and sponsors approaching him.

With a variety of content and channels, reaching a greater audience becomes easier and makes working with brands easier.

"Digital advertising continues to grow, and there is still room for newcomers to benefit," he said.

According to him, content creators needs to be "honest" with their audience and followers to gain a place in the hearts of their fans for the long term.

They need to upload content consistently and develop a variety of content, Mr Krit said, adding that he also needs to be sincere with brands and work with them to help promote sales.

He said his image is that of a funny and entertaining guy for audiences, and he must refrain from doing anything that would hurt others or the country.

"Online users may be bored easily, and content creators need to develop their content to be able to stay afloat in the long run," Mr Krit said. "Always remember that content is king."

He said he has to keep up with global trends online and movements to come up with fresh content.

For YouTube, Mr Krit said 10-15 minutes of content is best. There are other platforms available as well, and content creators need to make video clips suited to them.

Creators must also be socially responsible, he said, and avoid creating content that might attract viewers but has a negative impact.

If creators make negative content, brands will not want to be involved with them due to the risk of tarring their reputations, he said.

According to Mr Krit, there is no need to invest in expensive camera equipment in the beginning, now that advanced smartphones are capable of editing videos.

The creators should have good connections with talented people who can help them grow their business, Mr Krit said 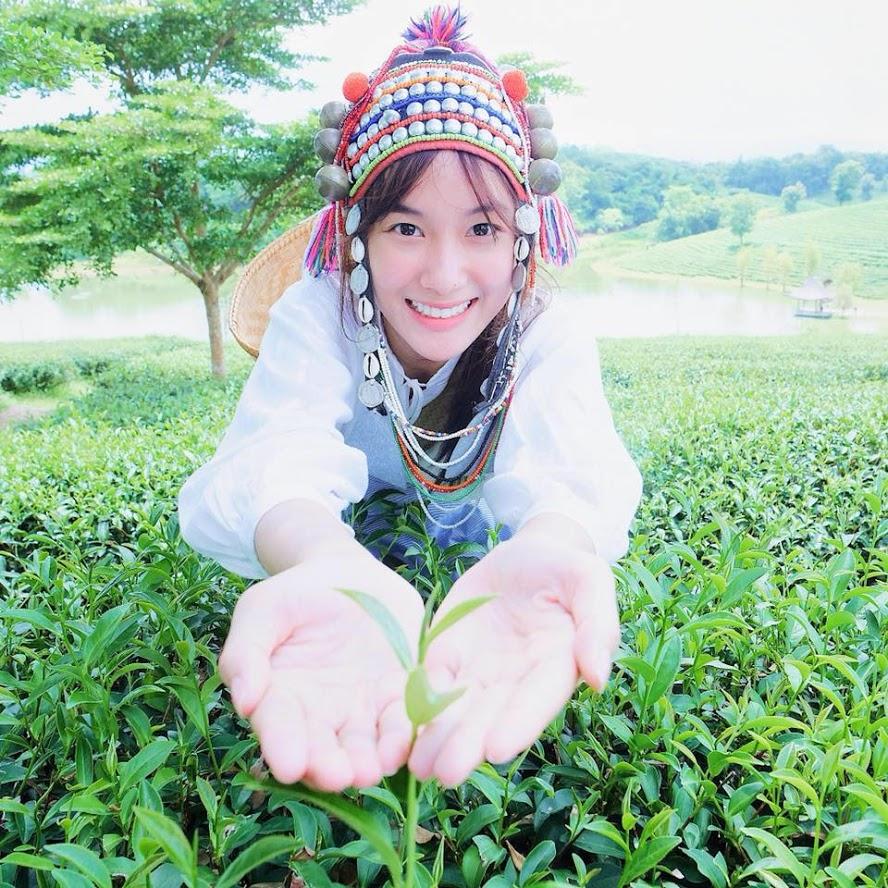 She began her journey in 2016 when she made a video clip of her family travelling together, which drew viewers.

"I made a clip that was simple, but natural and fun," Ms Natnicha said.

She earns revenue from advertising, reviewing products and attending events.

She said there are rapid changes in the online business and "nothing will last forever".

"It's important to save, keep learning and dare to try new things to ensure a sustained career," Ms Natnicha said.

She said consumers tend to focus more on education, self-learning in finance, psychology and attitudes, and video content is trending in that direction.

"To stay in this career, you need to have a sense of social responsibility, and avoid bullying or using foul language," Ms Natnicha said.

She said creators need to keep their unique positions and styles. Ms Natnicha said she uses limited scripts when reviewing products, but most of the time she's totally unscripted. 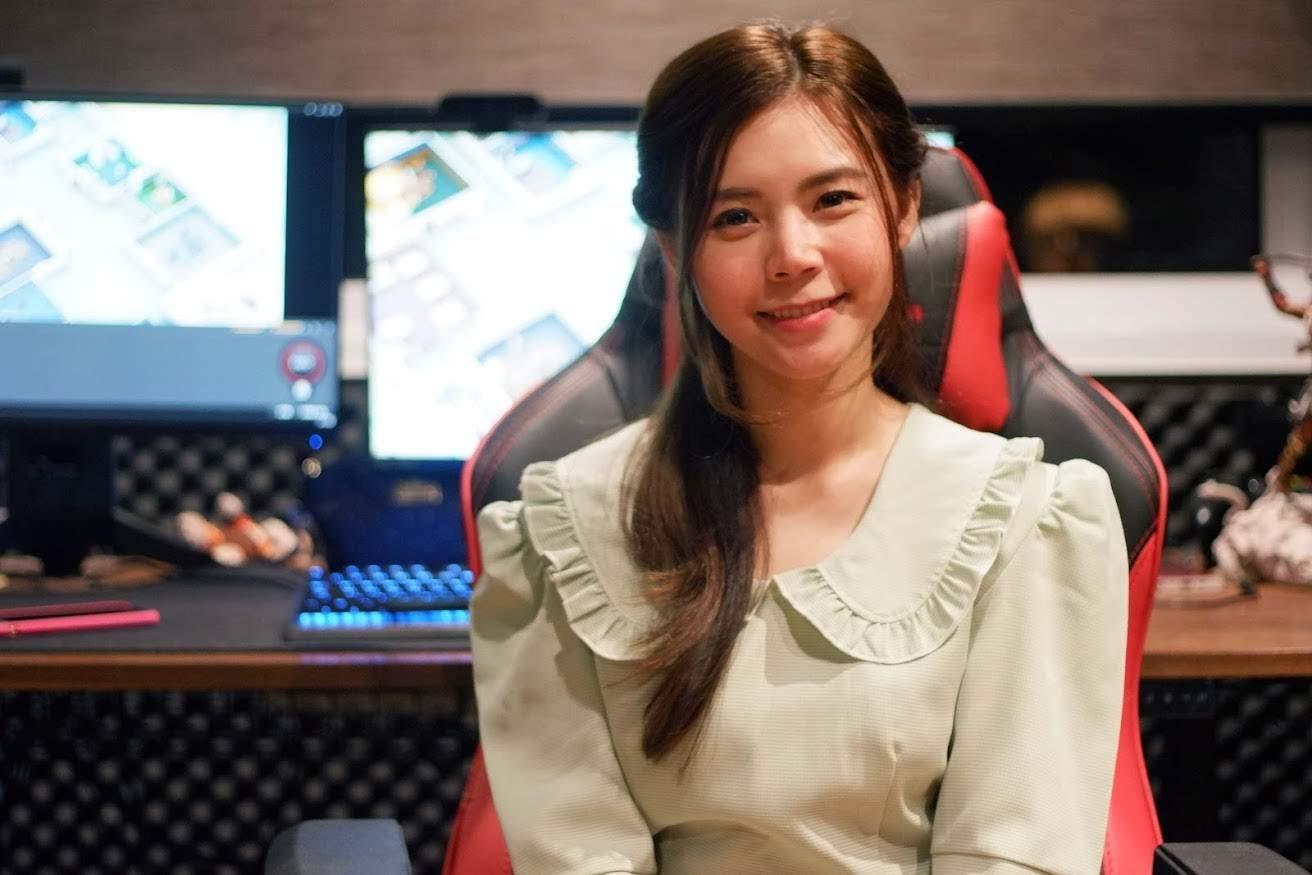 Zbing Z says foul language and violence are not suitable for YouTube.

One of a handful of Thai female game casters on YouTube, Naiyarat "Pang" Thanawaigoses's YouTube channel Zbing Z has been operating since 2012.

She's been playing computer games since she was 4 or 5 years old.

During game casting, she does running commentary in both male and female voices, dubbing different characters in games as she plays.

"YouTubers are in the field of express ourselves and our identities while making money for a living," Ms Naiyarat said. "Today I can take care of my whole family through this work."

Today her income comes from game casting, advertisements, product reviews and the sale of game equipment.

She spends a few hours casting games every day, and her boyfriend edits them. She uploads videos every day.

If a video doesn't meet her standards, she reshoots. She said foul language and violence are not suitable during the casting.

"Game casters should also refrain from smoking or drinking alcohol when they are being filmed," Ms Naiyarat said.

She always thinks about new content and never stops improving.

Ms Naiyarat has nearly 10 million followers and 3.7 billion views. Apart from game casting, she also has another YouTube channel for travel videos. 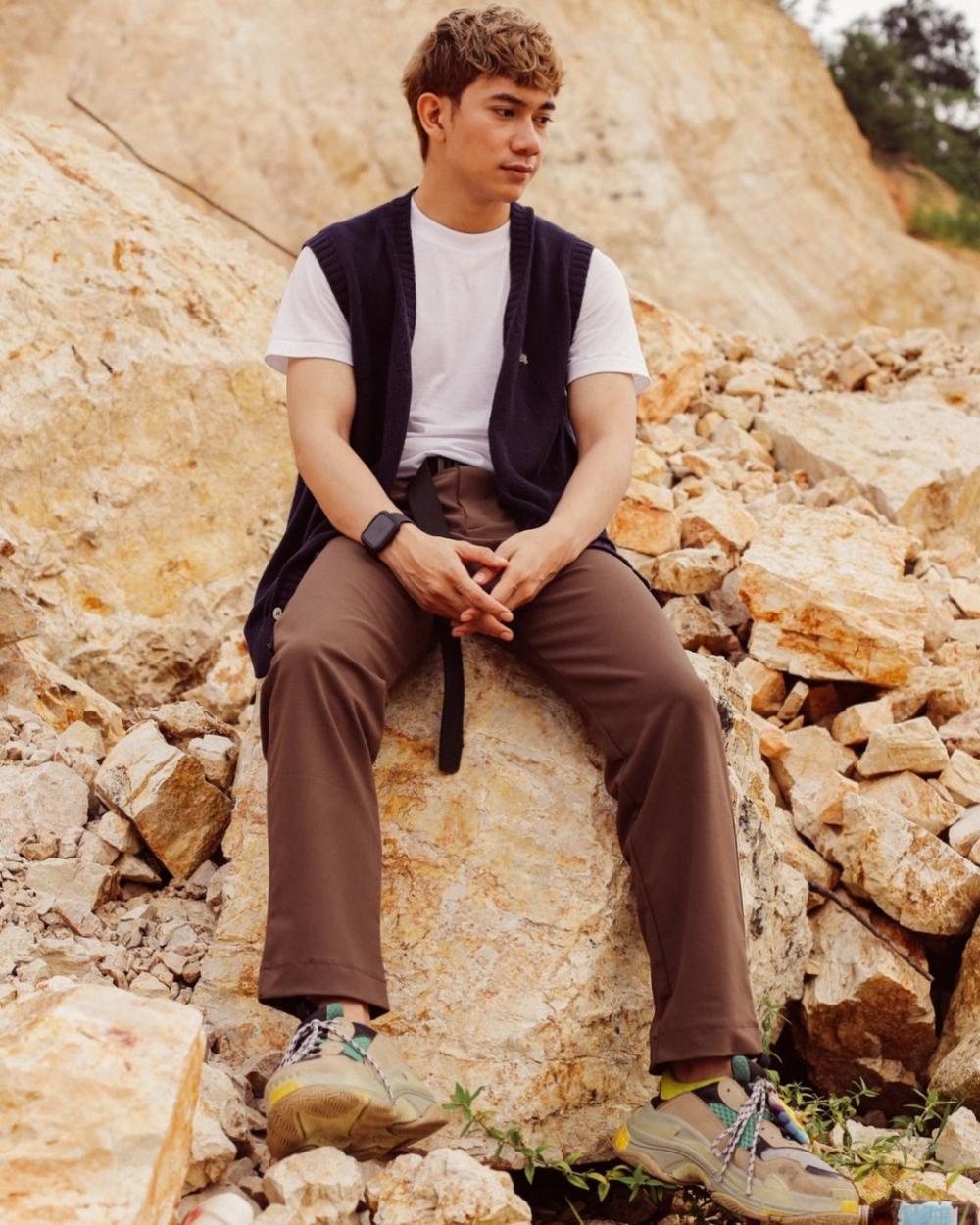 Chalee11 shot to fame after participating in TikTok's global and local content challenges.

Amadkuchiree Doloh from the southernmost province of Narathiwat has drawn about a million followers through TikTok with the handle chalee11.

Since starting on TikTok in 2018, he has rapidly built up his fan base with daily uploads of comedy content.

His everyday life, friends and family members are featured in his videos. His clips feature stories he plans and produces himself, based mostly around his daily life.

He shot to fame after participating in TikTok's global and local challenges. His video clips have drawn millions of views from people around the globe.

Mr Amadkuchiree also keeps in mind that the things he presents must not go too far.

He learned one big lesson when he made fun of bombs in a video, saying he was used to these kinds of things, and faced a lot of backlash from viewers.

"I will have to be careful about sensitive content," said Mr Amadkuchiree, who supports himself entirely by being an online influencer. 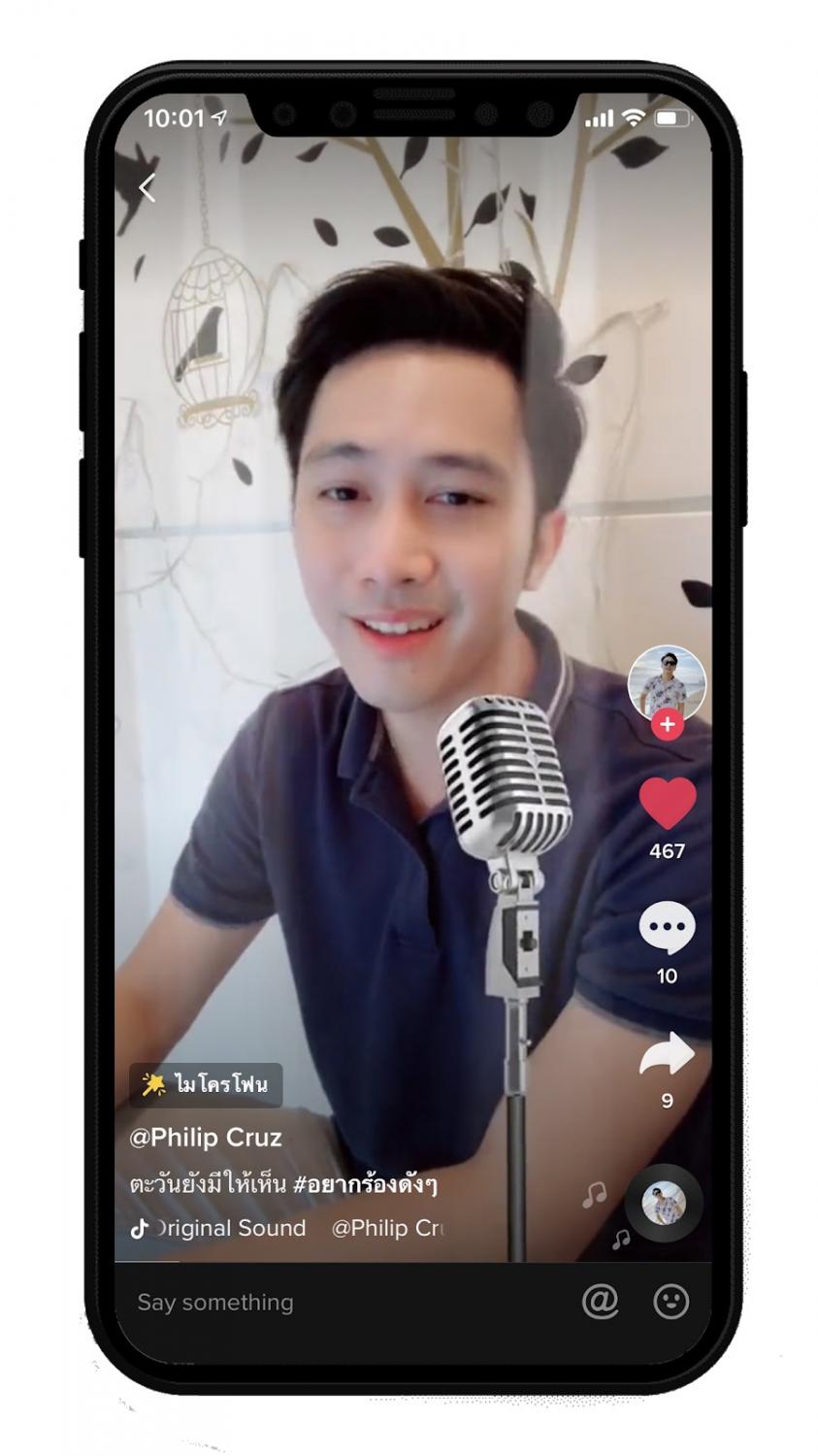 Chownwath Sakulwongprakhun, known as Philip Cruz on TikTok, came into the spotlight by posting videos filled with comedy, pets, music and dance.

Mr Chownwath said he began producing videos through the platform on his friend's advice.

He started sharing singing and lip-sync videos on TikTok, but videos featuring his dog drew thousands of followers and fans.

He said content about pets, food and fashion draw viewers on TikTok. He does not earn directly from TikTok, but instead depends on brands for income.

Mr Chownwath said the online world is an open space where people can express themselves and produce creative content that is fun and unique without causing trouble.

"You might sometimes face criticism, but you can handle the situation by being calm and not taking the comments too seriously," he said.