The telecom regulator wants to proceed with all 5G spectrum auctions in February 2020 to become a first mover in ultra-fast internet technology in Asean. 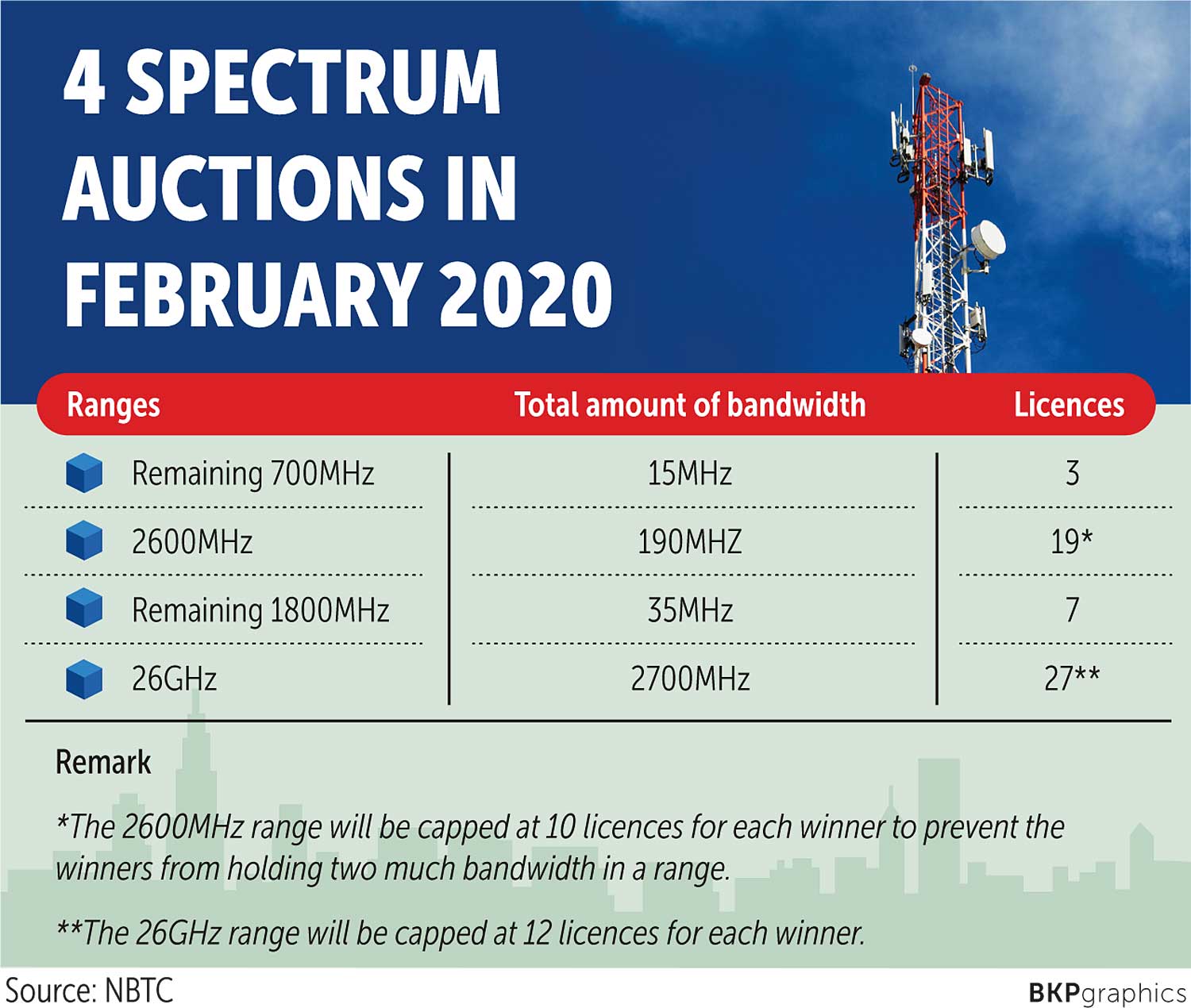 Yesterday, Takorn Tantasith, secretary-general of the NBTC, said the regulator's working team responsible for formulating the auction plan will finalise the auction's draft conditions by December.

With auctions scheduled for February, the regulator wants to see winning bidders granted spectrum licences in March, he said.

The NBTC has hired advisers to study auction conditions, including suitable prices for the 2600MHz and 26GHz ranges.

The 2600Mhz range is held by state-owned broadcaster MCOT, which is on the verge of returning 190MHz of unused spectrum bandwidth to the NBTC in exchange for compensation.

The 26GHz is now unused.

For the remaining bandwidth on the 700- and 1800MHz ranges, Mr Takorn said the reserve prices for the two spectrum ranges will be based on the winning prices in previous auctions.

The previous winning bid for the 700MHz licence was 17.5 billion baht for 5MHz of bandwidth, while 5MHz on the 1800MHz range was won for 12.5 billion.

With the four spectrum auctions, bidders would be allowed to bid for any ranges they want.

The NBTC will put a cap on the number of licences for the 2600MHz and 26GHz ranges bidders can compete for to ensure individual bidders do not hoard bandwidth.

Mr Takorn said the 2600MHz range will be capped at 10 licences for each winner, or a combined 100MHz of bandwidth.

A maximum of 12 licences for the 26GHz spectrum can be acquired per winner, or a combined 1200Mhz of bandwidth.

The NBTC wants to award the licences by February 2020 to allow telecom operators start network roll-out from the second quarter, he said.

The Internet of Things and related devices could potentially help turn telecom businesses and vertical industries around, he said.