RECAP: Geopolitical tensions, weak economic data and mixed earnings weighed down global stocks and crude oil prices on Friday, with the SET bourse closing at a nine-month low below 1,600 points. 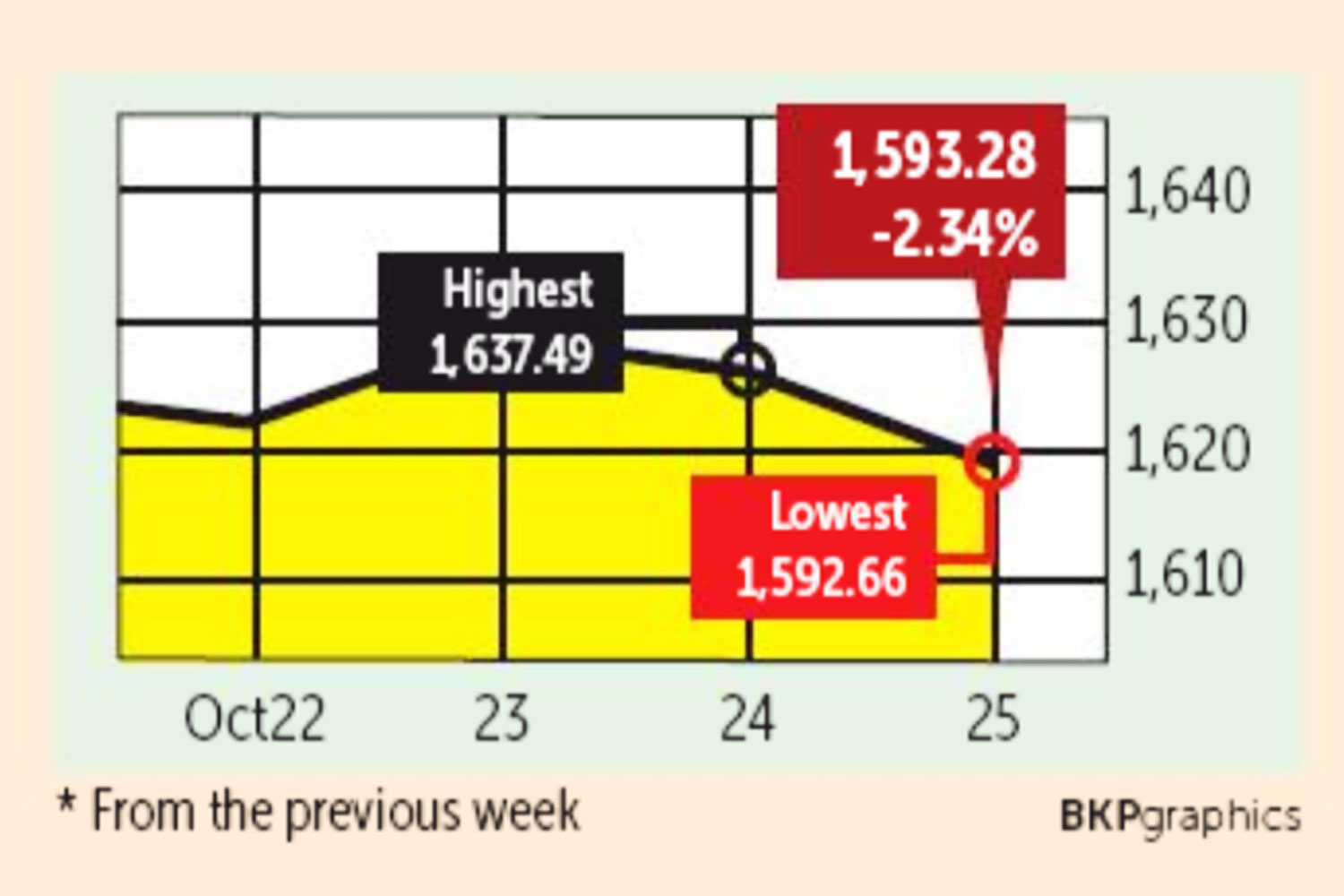 The Thai bourse sank 1.71% on Friday alone on fears of a weak earnings season after a poor third-quarter showing by major banks.

NEWSMAKERS: British MPs will decide on Monday whether to approve a general election on Dec 12, as Prime Minister Boris Johnson looks for a new way to break the Brexit logjam. Chances of leaving the EU with a deal on Oct 31 are fading, and opposition MPs say a no-deal exit is not an option. The EU, meanwhile, is said to be leaning towards extending the Brexit deadline until Jan 31.

COMING UP: The EU will release October business confidence on Thursday, with the US announcing preliminary third-quarter GDP data and Germany releasing October preliminary inflation the same day.

STOCKS TO WATCH: Capital Nomura Securities recommends an 82% weighting for equities in a portfolio, with a focus on firms expected to see earnings recover in the fourth quarter, such as CPF, GFPT, AOT, ERW, AMATA, WHA, ADVANC, JMART and ICHI. Stocks poised to benefit from low interest rates are SAWAD and AMANAH.

RIO DE JANEIRO: Brazil on Saturday surpassed 100,000 coronavirus deaths and three million cases of infection, according to the latest tally from the Ministry of Health.