Majority frozen in Series A and B stage

As regional and global players take over Thailand's internet economy, local startups appear to be struggling as only US$50 million was raised to help them in the first half of this year, unchanged from the same period a year earlier, according to the e-Conomy SEA 2019 report.

The recent e-Conomy SEA 2019 report, jointly commissioned by Google, Temasek and Bain & Company, monitors the growth of the internet economy in Asean.

"This is a challenge for startups to scale up."

In Thailand, Series C and D funding -- amounting $25-100 million -- is still lacking as the majority comprises Series A and B funding, she said.

Some $37 billion has been raised in the region between 2015 and the first half of this year.

Although the majority of the funding has gone to e-commerce and ride-hailing unicorns, investment in 3,000 early startups in the region remains "sizeable", she said.

Ms April said Singapore continues to serve as an established gateway for funding in Asean, with more than $23 billion raised since 2016.

Unicorns such as Grab and Sea Group as well as companies -- Carousell, GoBear, ONE Championship, PropertyGuru, ShopBack and Zilingo -- have chosen to be based in Singapore, where there is a supportive business environment and surfeit of talent, she said. 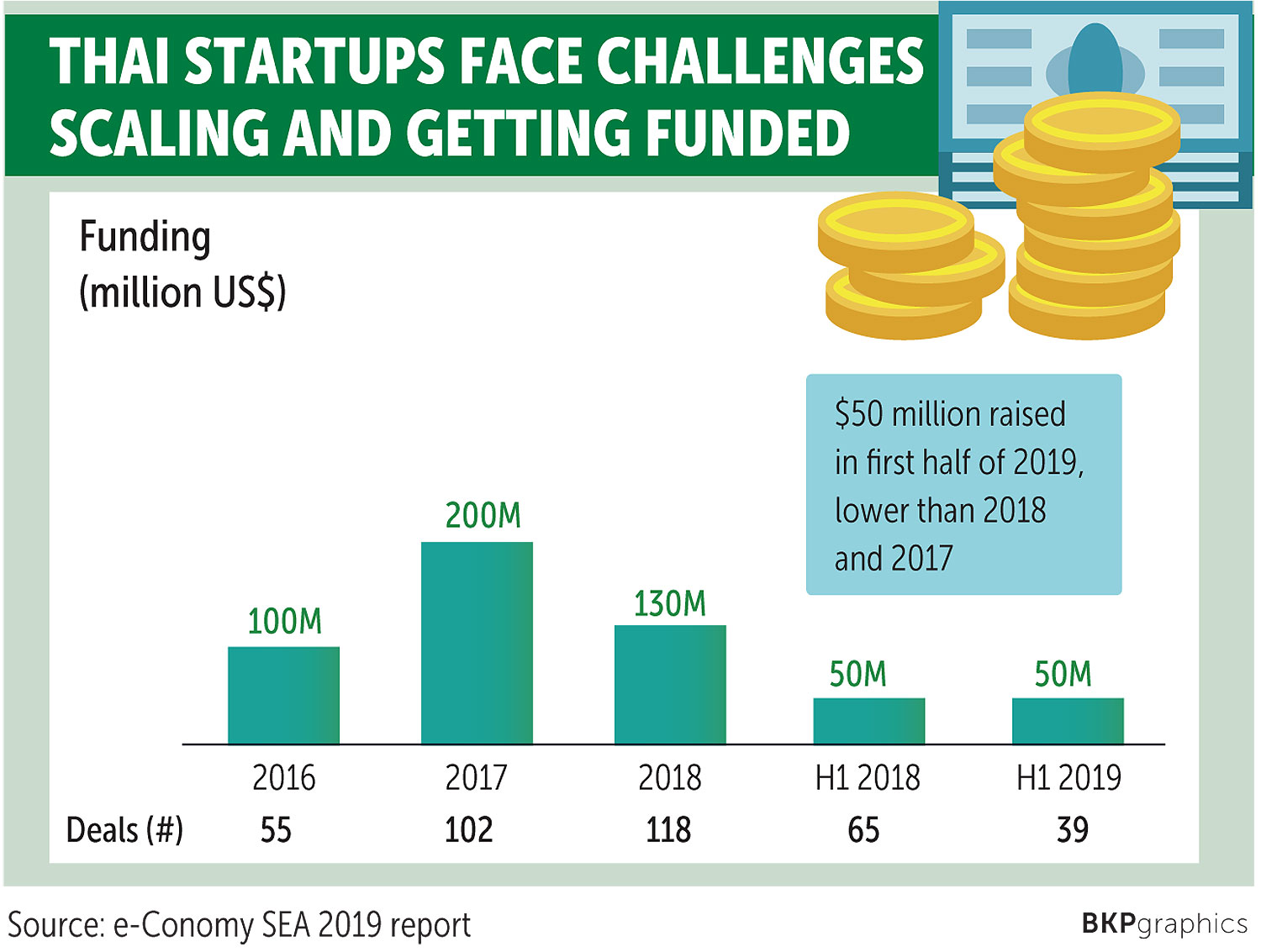 All three countries strongly engage in the internet economy and several companies, such as Grab, Lazada, Shopee and Traveloka, invest in these countries through their subsidiaries, she said.

Pun-Arj Chairatana, executive director of the National Innovation Agency (NIA), said he believes angel investors and corporate venture capital firms are unwilling to disclose investment values and that is why the funding figure did not grow significantly.

He stressed the startup scene in Thailand has shown strong momentum, with the largest number of corporate venture capital firms.

The NIA aims to groom startup entrepreneurs at the university level to boost the startup segment, said Mr Pun-Arj.

The Youth Startup Fund was recently established by the NIA, offering 100 million baht in funding throughout 50 universities in its network.

"These early startups need to form companies within 24 months and seek new funding," he said.

The NIA wants to see 100 startups launched every year through this funding, mainly focused on deep tech, said Mr Pun-Arj.