Salaries in Thailand are estimated to grow at a stable rate of 5% this year, according to a report by Mercer Thailand. 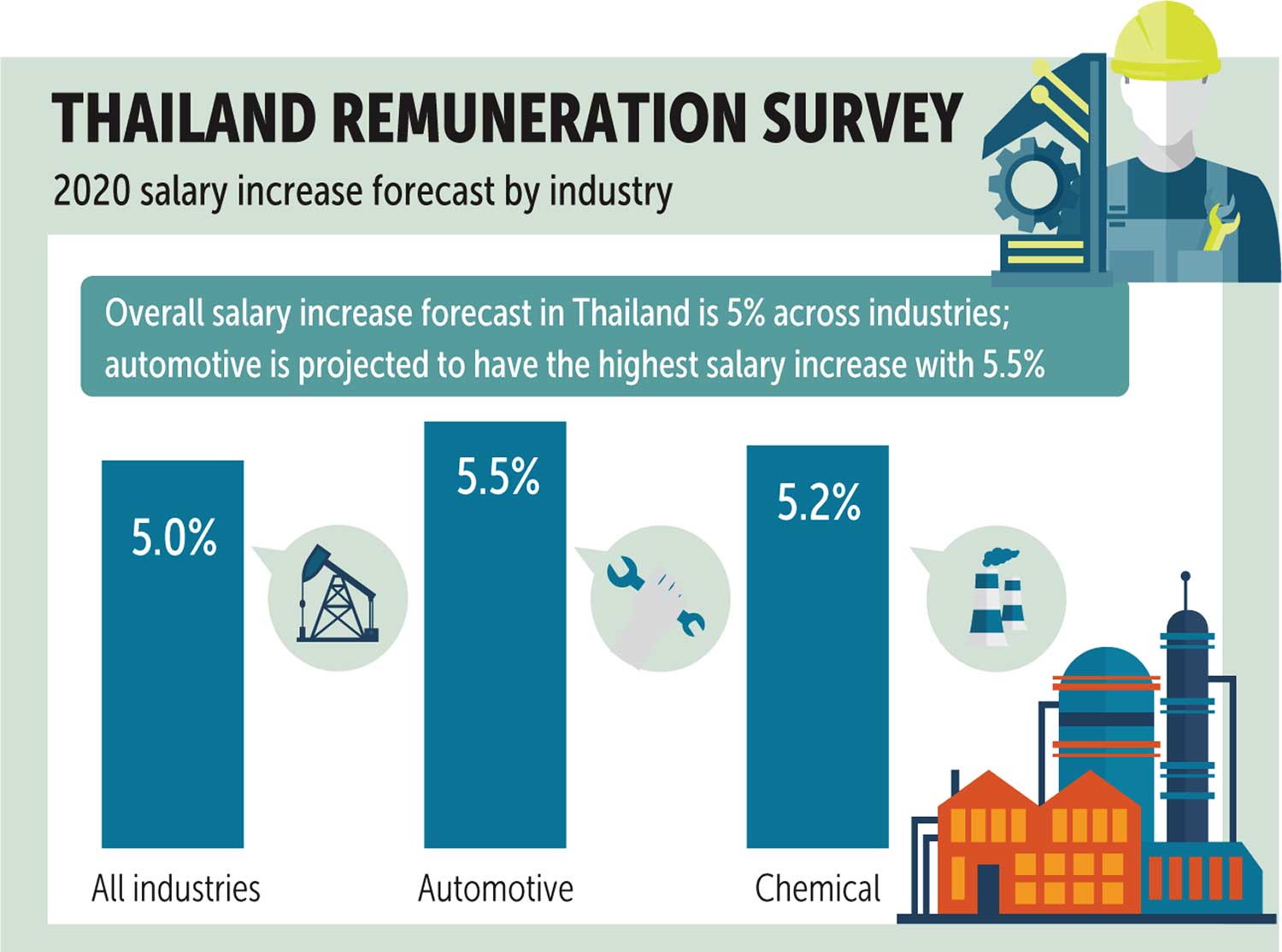 Mercer announced the results of its annual "Thailand Total Remuneration Survey", a study that makes hiring and pay increase predictions for 2020.

The chemical industry is forecast to grow its salaries by 5.2%.

The forecast variable bonus trend across all industries that plan to pay for 2019 performance is 2.3 times the monthly base salary.

Across industries, voluntary turnover rates were on the rise last year with the turnover rate increasing to 12.8% in 2018 (as compared with 12.5% the previous year).

The top reasons cited for employees leaving their organisation in Asia varies by age group and gender. 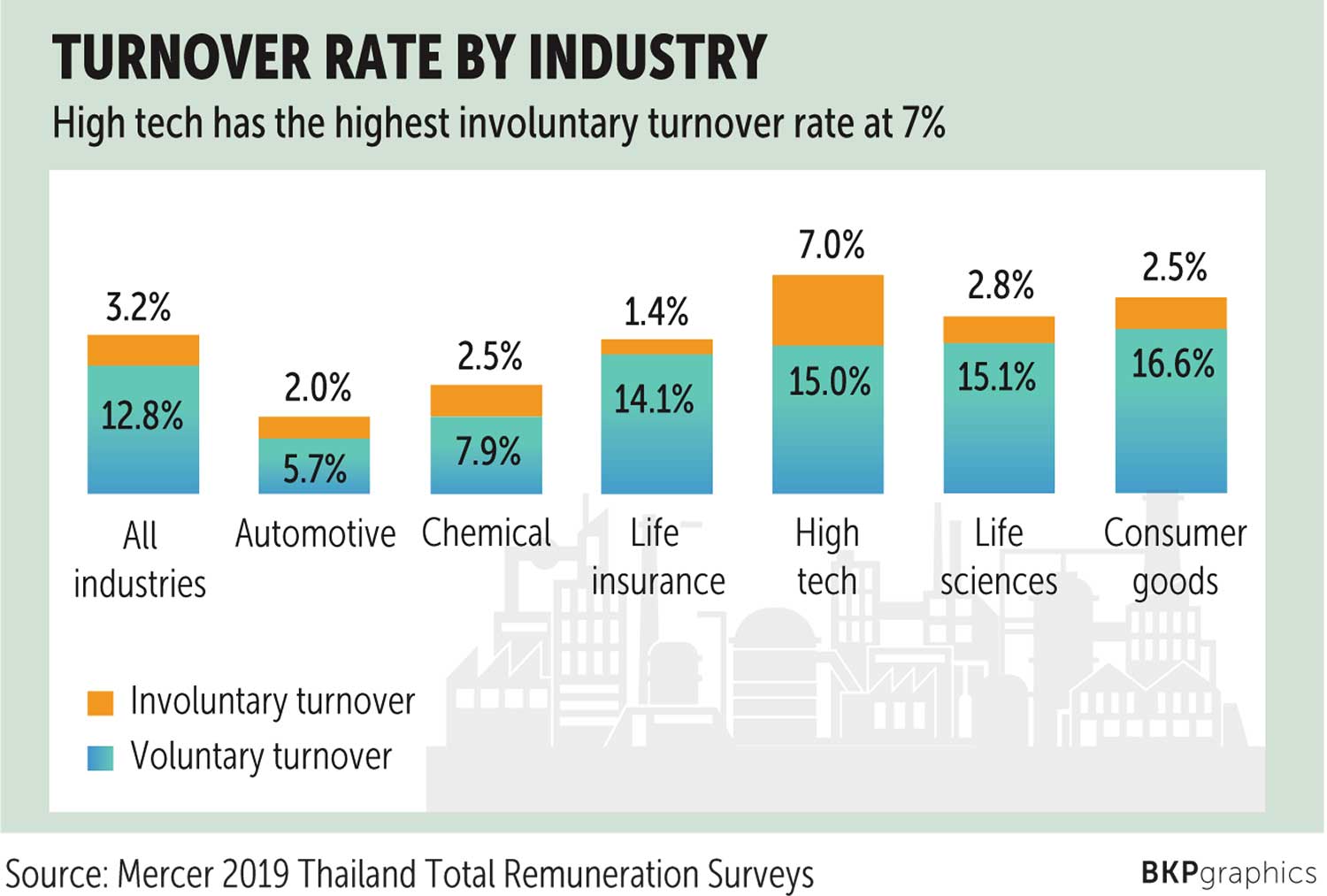 However, in general the top three reasons for employees choosing to quit their organisation are competitive pay, manager interaction, and a clear career path and job security.

The high-tech industry in Thailand has the highest involuntary turnover rate at 7% and this can be attributed to the increasing role of technology and the need for organisations to adapt to automation and digitalisation.

The hiring trend in Thailand in 2020 is expected to drop slightly, with 29% of organisations planning to add new hires compared to 31% in 2019.

"In order to attract, retain and grow, companies need to adapt to the new digital reality and an evolving workforce.

"Faced with changes including digital disruption, an ageing population and so-called gig or contract workers, companies in Thailand need more than ever to revisit their total rewards and compensation, and personalise and incentivise the experience for each of their diverse employees."

The Digital Economy and Society (DES) Ministry says it will file a defamation lawsuit against the Move Forward Party (MFP) over its harsh criticism of the prime minister.

The Bangkok Metropolitan Administration (BMA) is expanding Covid-19 mass testing across the capital.

Life-saving oxygen supplies sponsored by Their Majesties the King and Queen for Covid-19 patients will be flown to India today.