Putting society up front at the DES Ministry
Business

Putting society up front at the DES Ministry

Without an entrenched tech background, Buddhipongse Punnakanta acknowledges that he had to study hard and learn vigorously from various experts before assuming the role of digital economy and society (DES) minister in July. 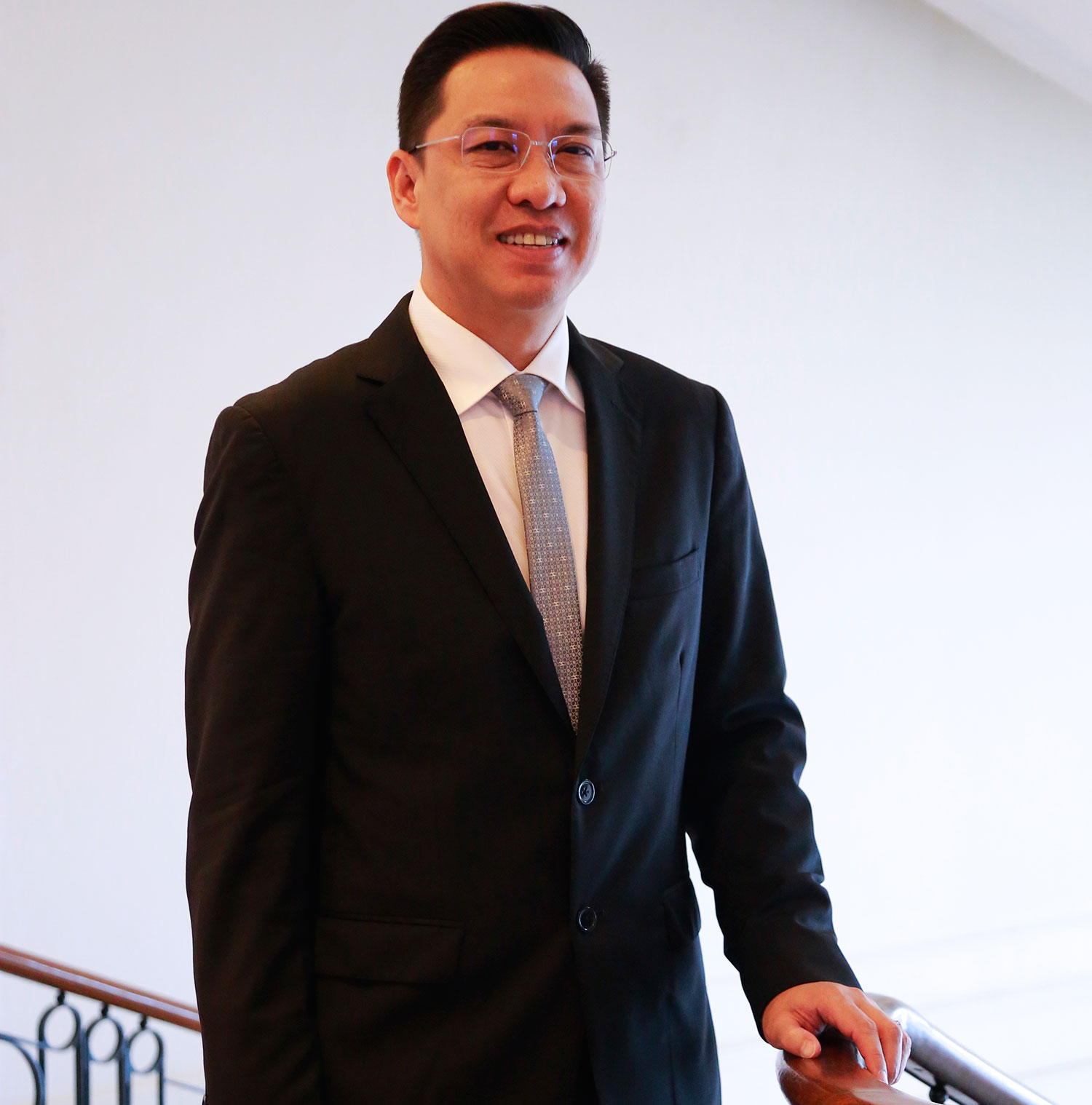 The 52-year-old tells the Bangkok Post he was made aware of the ministerial role he would be given only a few weeks before being officially endorsed, so he was initially concerned about the responsibility he would have to shoulder at the ministry.

But his concerns have gradually dissipated after intense study about the field.

"I accept that I have to study very hard again for the first time since graduating," Mr Buddhipongse says. "I am not that knowledgeable about the DES field, but this is also a good point because I have to listen a lot to tech veterans, startups, officials from related agencies and members of the Digital Council of Thailand."

His advisory team consists of 20 people from digital-related fields who update him about the industry's movements every Saturday at meetings.

"I am not a kind of one-man show in management style," Mr Buddhipongse says. "I prefer discussion and jointly seek practical solutions."

The minister says his role model in politics is his grandfather, Gen Pongse Punnakanta, who served as minister of transport and industry and had a strong character like Prime Minister Prayut Chan-o-cha.

Mr Buddhipongse's political journey began when he was approached by former Democrat leader and ex-premier Abhisit Vejjajiva to stand as an MP candidate for Bangkok's Constituency 4 (Phaya Thai district) in 2002.

The invitation came when Mr Abhisit was the minister of the PM's Office in charge of the Board of Investment, where Mr Buddhipongse had worked.

"I had been interested in politics since I was a teenager," he says, and he became the member of parliament for that constituency.

Since that time he has held several political posts, including as spokesman for the Bangkok Metropolitan Administration, assistant to the industry minister and deputy spokesman for the Democrat-led government. The DES minister aims to usher in a project supporting the use of drones for agriculture in the second quarter of 2020.

He was elected in 2011 as an MP for Bangkok's Constituency 7 (Huai Khwang district).

Mr Buddhipongse also played a leading role in the People's Democratic Reform Committee, which rallied against the Yingluck Shinawatra government during 2013-14.

He was made spokesman for Gen Prayut's government during 2018-19.

"The DES ministerial position is a new opportunity for my working life," Mr Buddhipongse says. "Surely it comes with pressure and challenges. The DES Ministry's work involves stakeholders in the public and private sectors, and the ministry serves as a key driver of the country's competitiveness through digital tech."

Mr Buddhipongse has made clear that he wants technology and innovation to improve quality of life, particularly for the poor.

He aims to usher in a project supporting the use of drones for agriculture in the second quarter of 2020 through small and micro community enterprises.

According to the minister, almost half the country's population is employed in the agriculture sector and must be supported to enjoy the benefits of digital transformation.

Before assuming office, Mr Buddhipongse couldn't recall any technology plans from governments that would cater to people in the society. "It is crucial to take into account well-being, creation, privacy and security among the people," he says.

"It is time to lift up not only the digital economy, but also digital society, so as to lift people's living standards and improve ways of doing business. Poor people must really benefit from digital tech adoption."

Referring to the drone project, Mr Buddhipongse says the equipment will be provided by local tech startups, with five operators now in talks with the ministry to hammer out the details.

"People in the agriculture sector could rent these drones at affordable fees to help boost their productivity and reduce costs," he says.

Many agriculturists are aware of the benefits of drones but still can't envision the mass use of them.

"The community enterprises will serve as a centre for training on drone use and maintenance," the minister says.

Mr Buddhipongse launched the anti-fake-news centre at the TOT head office in Laksi district on Nov 1.

Under the scheme, 200 organisations and the Police Cyber Taskforce will work with the ministry to combat disinformation spreading online.

The ministry also plans to roll out training courses and workshops to boost media literacy among the public and help ward off fake news.

"Fake news via social media platforms is having a nefarious impact on both the economy and society," Mr Buddhipongse says. "It is also threatening people's privacy."

He underlines that the centre is not to be used to violate citizens' right of expression.

The National Broadcasting and Telecommunications Commission (NBTC) has said the auction of four spectrum ranges meant for 5G networks will be held in February. These are the 700MHz, 1800MHz, 2600MHz and 26GHz ranges.

But the regulator also plans to take the 3400-3700MHz range back from Thaicom Plc, the country's sole satellite service provider, for the 5G spectrum auction. The NBTC is studying how much Thaicom will be compensated when it vacates the range.

Thaicom holds the range under a concession made with the ministry until 2021.

Satellite business is now in the transitional period from concessions to licence regimes under the public-private partnership (PPP) model.

The DES Ministry has to complete a draft regulation for the possession of assets linked to satellites and control stations under the PPP model by next year before Thaicom's concession ends.

Mr Buddhipongse says he's concerned about the maintenance of the government's national broadband scheme for local villages, known as Net Pracharat, as well as a plan to add one digit to all nine-digit fixed-line telephone numbers nationwide by 2021.

"These two projects require serious cooperation with the NBTC," he says.

The DES Ministry has launched the office of a committee handling personal data protection in the country in line with the Personal Data Protection Act, which will come into force next May.

The ministry will also seek members for the Office of the National Cyber Security Committee.

Both panels will complete their recruitment by next year, Mr Buddhipongse says. Subordinate laws or regulations in connection with the two committees are to be formulated in parallel with recruitment.

State telecom enterprises TOT and CAT Telecom are set to merge into a single entity, called National Telecom Co, which is expected to start operations from the second quarter of 2020.

The merger plan was formulated in 2018 as a way to keep the two state enterprises afloat.

Mr Buddhipongse stresses that the plan is not only aimed at staving off investment redundancy among the two organisations, but there are other factors involved as well.

The two organisations have a combined 20,000 employees, and it's important to change their structures and management to enable their survival in the competitive industry, he says.

As a politician, Mr Buddhipongse notes that it's common to be criticised by the public.

"It's not easy for any politicians to be loved or listened to by the people, especially when you are an MP," he says.

Malaysian Prime Minister Mahathir Mohamad submitted his resignation to the king on Monday after a bid by his political partners to bring down the government.

Three more suspects arrested for the suspected abduction-murder of a brother of the judge handling a 300-million-baht share theft case against a former deputy commerce minister.