The telecom regulator has backed away from the 2G mobile system shutdown planned for October 2019, saying the three major mobile operators are still willing to provide services to customers. 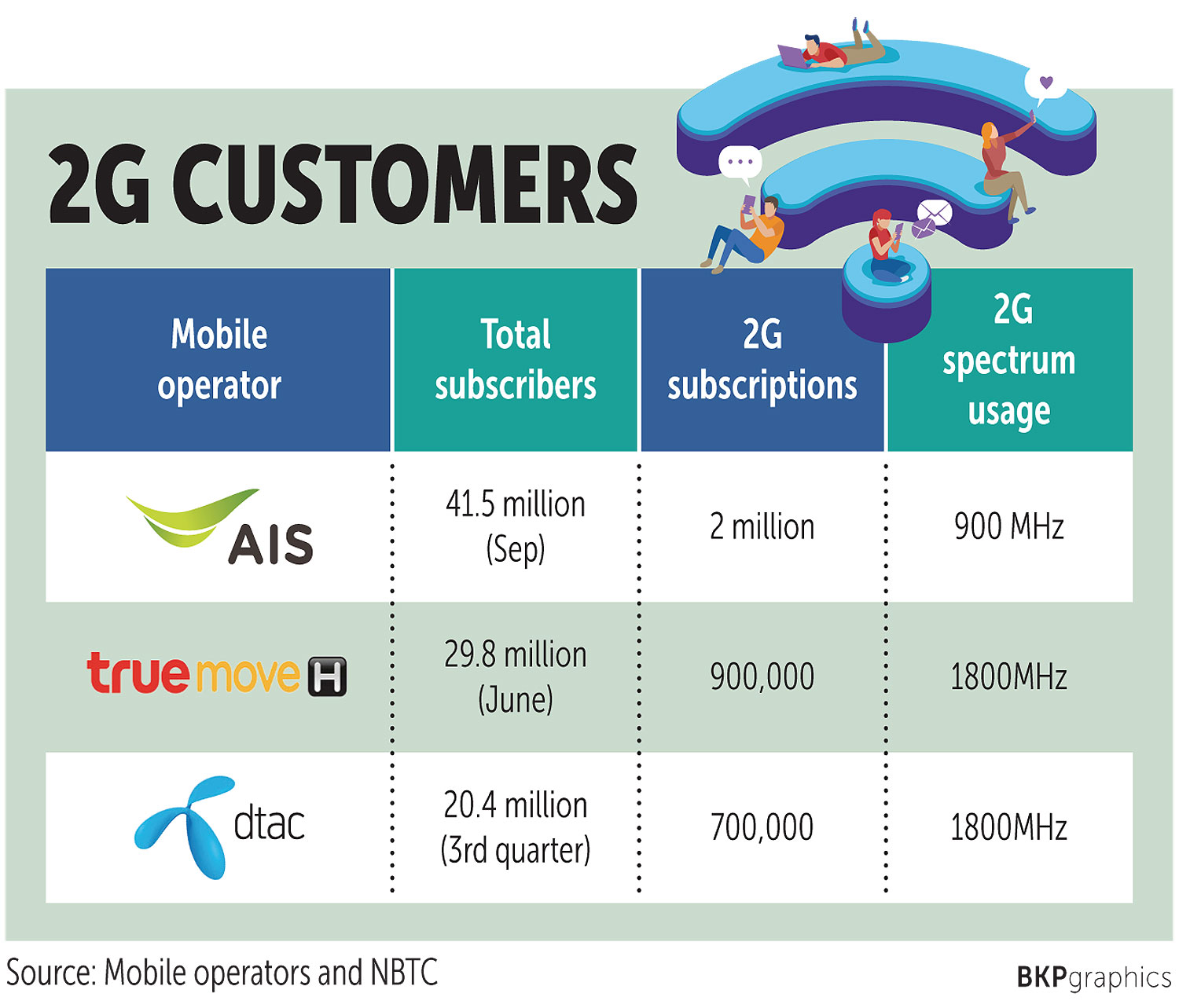 Takorn Tantasith, secretary-general of the National Broadcasting and Telecommunications Commission (NBTC), said the NBTC board in January came up with a resolution to end the 2G mobile system nationwide by October, but has decided to scrap it.

"Operators have agreed to continue providing 2G service for remaining users, even though they earlier urged the NBTC to enact the resolution," said Mr Takorn.

In 2018, the operators urged the NBTC to consider terminating the 2G service for more efficient use of the spectrum.

The average revenue per user of the 2G service is reported as very low, compared with earnings from 3G and those expected from 5G services, where more data will be consumed.

Mr Takorn said the NBTC decided to put aside the resolution as the operators expressed their intent to continue providing the service to ward off any problems that customers could face.

He believes the 2G system could be shut down in a few years as it does not fit in a digital economy.

Mr Takorn said if the operators decide to scrap their 2G operation, they need to be prepared for the transfer of 2G subscribers to 3G or 4G systems, including new promotion packages.

Operators may need to subsidise the cost for users to transfer from 2G, including providing new handsets for them, he said.

Pisut Ngamvijitwong, a senior analyst of Kasikorn Securities, said he was surprised by the operators' move, noting 2G service provides revenue of only 100 baht per number per month.

Each operator has to reserve 2.5 megahertz of bandwidth on spectrum ranges for the 2G service. AIS provides the 2G service through its 900MHz range, while DTAC and TUC use the 1800MHz range for the network.

Mr Pisut said these operators may believe using 2.5MHz of bandwidth would not cause any problems for them.

Another concern is possible backlash from consumer protection groups on social media if they stick to the 2G deadline, he said, as 2G users exceed 3 million people.

He said the 2G shutdown may not be a good call for AIS, whose subsidiary Advanced Wireless Network (AWN) recently signed a 10-year contract to rent 13,198 telecom towers from TOT, running until 2029.

Entering the contract allows AWN long-term use of the towers to support the company's telecom services, providing a lower rental rate than the earlier deal, said Mr Pisut.