The currency's rise is expected to continue well into 2020 and bring far-reaching consequences to an already sputtering economy.

The baht is the top-performing currency in Asia, gaining almost 8% year-to-date against the US dollar. Apichit Jinakul

More than two decades ago, the baht suffered heavy devaluation as a result of speculation, forcing Thailand's central bank to de-link the local currency from the US dollar and adopt a managed floating exchange rate.

Fast-forward to the present and the baht's value has become a challenge for the trade-reliant economy. This time the local currency's strength is the issue, as opposed to drastic depreciation during the 1997 financial crisis.

The last time the baht's value against the greenback touched 29 was in 2013. The currency appreciation irked many businesses and policymakers to the point that there was a public rift between Finance Minister Kittiratt Na-Ranong and former central bank governor Prasarn Trairatvorakul, as the latter did not acquiesce to the former's demand to cut the policy interest rate to curb the appreciation.

The strong baht in 2019 is a result of Thailand's massive current account surplus. The surplus, worth US$26.4 billion (797 billion baht) on a year-to-date basis as of September, stems from lower import value compared with export value, inflows of tourism revenue and near-record foreign reserves of about $222 billion.

Ample foreign reserves have made Thailand stand out as a safe haven to park capital, either for actual investment or speculation, amid the US dollar's significant retreat, rattled by the shaky future of the global economy, the Federal Reserve's monetary easing and a tit-for-tat trade dispute between the world's two biggest economies.

The baht is the top-performing currency in Asia, gaining nearly 8% against the greenback year-to-date, even as Thailand bears the brunt of subdued growth yet again.

Domestic economic growth was 2.4% year-on-year in the July-to-September period, up slightly from the second's quarter 2.3% reading but down from the first quarter's 2.8%. 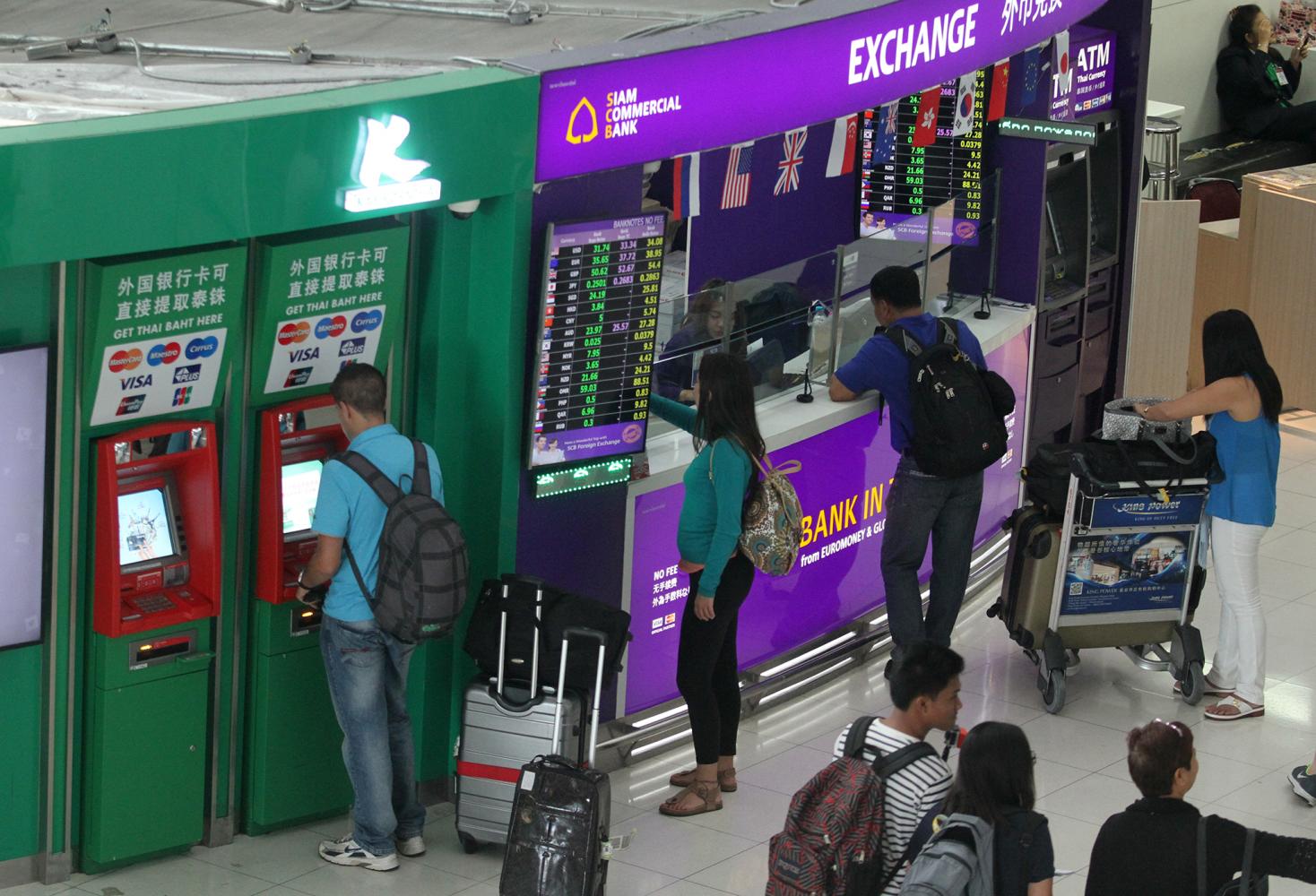 Bank of Thailand governor Veerathai Santiprabhob said recently that the baht was surging beyond the economy's fundamentals and the central bank was concerned about its strength.

Given that capital inflows should be balanced against outflows to ease pressure on the baht, the central bank aims to radically overhaul the Exchange Control Act.

The act, which has been in place for more than 70 years, was drafted based on a perspective of positive risk, referring to how local investors, who are eligible to invest abroad, must meet the stipulated criteria.

The existing paradigm of global financial developments should register negative risks, since investors can freely invest in overseas assets as long as they are not involved in prohibited activities such as speculation. This fits well with the modern world because there is a high degree of flexibility, Mr Veerathai said.

The central bank is also poised to change its outdated foreign reserve management, as asset allocation is restricted to traditional asset classes.

To curb the baht's strength, thinking outside of the box is needed because Thailand is a small economy, said Jittipol Puksamatanan, chief strategist at Krungthai Bank.

He suggested the central bank encourage banks to offer cheap-rate loans to importers or any companies planning to invest or acquire businesses outside the country to accelerate capital outflows and ease pressure on the baht.

The central bank could also offer to absorb foreign exchange hedging costs for institutional investors, including the Government Pension Fund and the Social Security Fund, to encourage them to plough more money into overseas markets, Mr Jittipol said.

He agreed with Mr Veerathai that the central bank should change the way foreign reserves are managed and focus on investments other than US treasury bills.

"The baht is managed against only the US dollar, and the dollar's weakness is the problem as market players shun it," Mr Jittipol said.

He gave Singapore as an example. The Monetary Authority of Singapore will do nothing if the US dollar becomes weaker or firmer, as the regulator manages the Singapore dollar against a basket of currencies of major trading partners.

Moreover, the Bank of Thailand should clearly communicate with market participants that it will manage the currency until the baht moves to a level considered appropriate and seriously take action to thwart a one-sided bet, Mr Jittipol said.

"I think the central bank might be concerned that the US will include Thailand on its watchlist of currency manipulators, so only a handful of activities in managing the baht have been spotted," he said.

Monetary policy easing has a minuscule effect on the baht against the backdrop of an existing low-rate environment, but a negative policy rate would blunt the baht's gain.

"The central bank, however, would avoid cutting the benchmark rate to below zero because it could pose a threat to the economy," Mr Jittipol said. 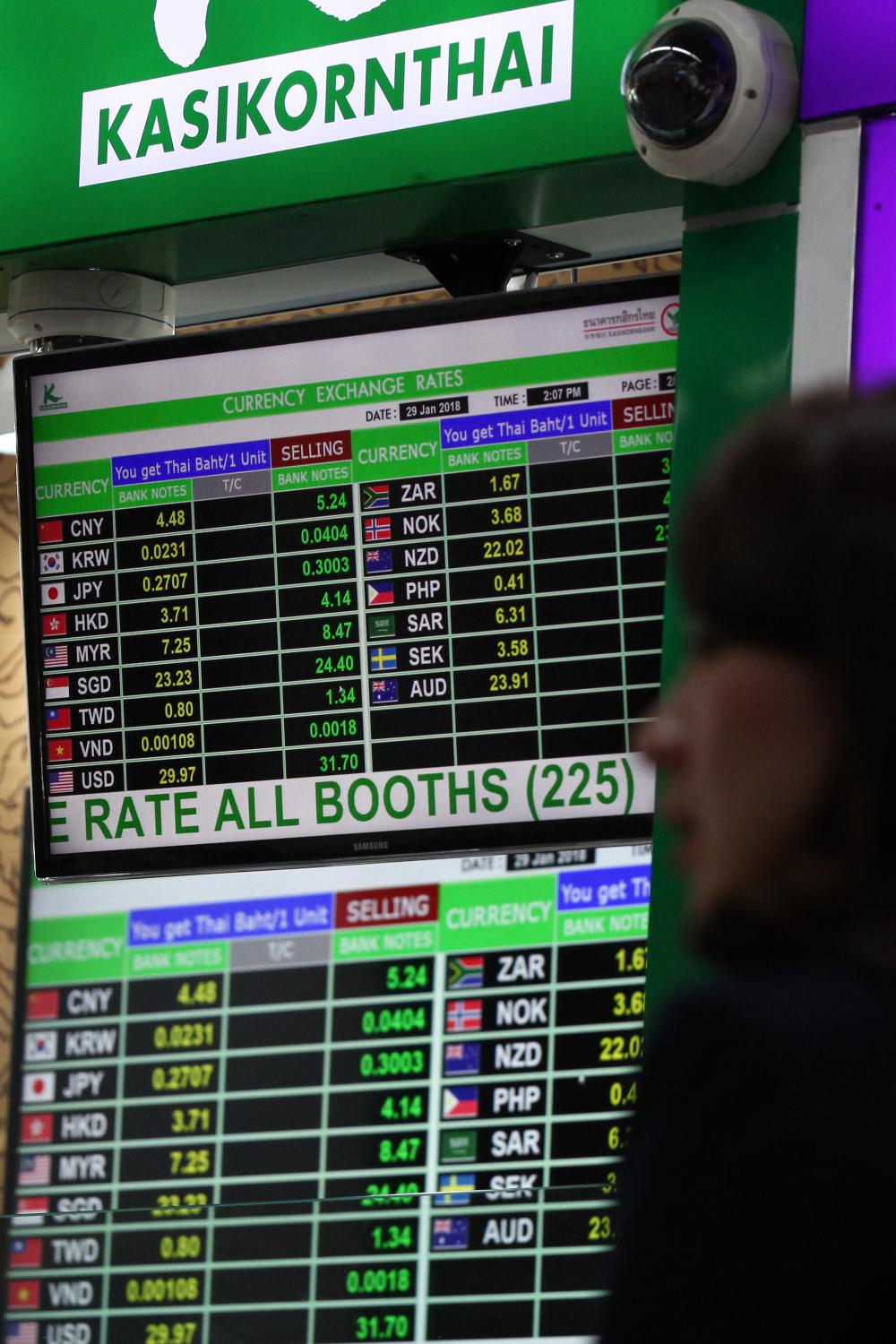 Despite a slew of measures to stem the baht's strengthening value, such as cutting the policy interest rate and short-term bond supply of the central bank, coupled with lowering the cap on the outstanding balance of non-resident accounts by a third, the local currency's value remains a pain point for the export and service sectors.

The baht's value is expected to keep rising in 2020, but the strengthened pace will be slower than what was seen over the past couple of years, Mr Jittipol said.

The baht is projected to reach 28.70 against the dollar next year on assumptions that exports will start to rebound and the number of inbound tourists will outpace outbound volume.

The local currency is estimated to hover narrowly at 30-30.30 to the dollar for the remainder of this year on anticipation that no trade deal is confirmed between China and the US.

Commenting on whether the baht is overvalued, Mr Jittipol said the baht is still far below fundamentals relative to foreign reserves, as Thailand's international reserves account for 10 months of import value, well above the global standard of three months.

The baht, however, is considered overvalued relative to export competitiveness, he said.

Kobsidthi Silpachai, head of capital market research at Kasikornbank, sees the baht rising to 29.25 against the US dollar by the end of 2020.

The baht is expected to march past the 30-mark to 29.75 versus the dollar in the first half of next year, up from 30.50 predicted at the end of this year, Mr Kobsidthi said.

Trade tensions between the US and China, the 2020 US presidential election, the Fed's future rate cuts and Brexit are key factors pressuring the dollar, he said. 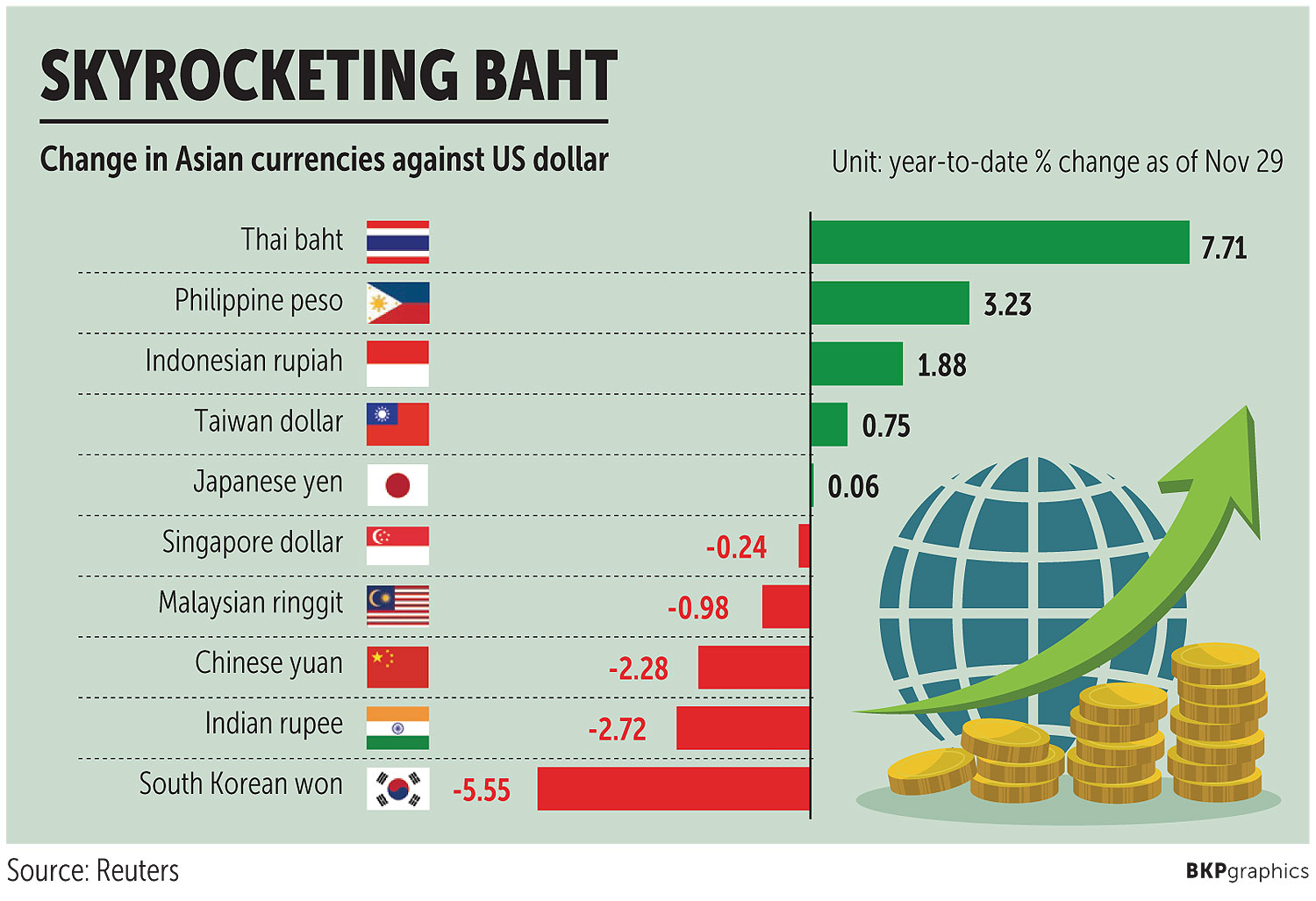 As the baht is expected to continue appreciating into 2020, Thai shipments will continue to suffer as a result, said Kriangkrai Tiannukul, vice-chairman of the Federation of Thai Industries.

Next year, exports will continue facing higher risk as the economic slowdown extends to major trading partners, oil prices fall and the baht strengthens, according to the Commerce Ministry.

Thailand relies heavily on the export sector to mobilise the economy, with shipments accounting for 70% of the country's GDP.

Although measures to ease upward pressure on the baht from the central bank are appropriate, it takes time to yield positive results, Mr Kriangkrai said.

"We agree with the central bank's measures, but the appropriate level for the baht should be 32 versus the dollar," he said.

Visit Limlurcha, vice-chairman of the Thai National Shippers' Council, said the authorities should use financial policies to rein in foreign capital inflows, while continuing to relax some regulations to encourage capital outflows from local investors.

Thai exports have been on the losing end as a result of the strengthening local currency, Mr Visit said.

"Other countries can dump their prices to increase export value, but Thai exporters have a lesser gap of margins to use this method," he said.