The more we have, the harder it is to store and protect. Whether data is in the cloud or on the edge, security comes first.

In the digital world, data is king. Businesses now understand that in order to stay relevant and ahead of competitors, they need data to know more about their customers. The more you know, the more products and services you can sell in a more personalised way, which is what buyers want.

But with data accumulating at unimaginable rates in the world of connected devices, artificial intelligence and 5G, how do you store and protect all of it? Many companies are moving their data into the cloud and others are talking about going to the edge, a less familiar concept that has started to gain traction. Both strategies present challenges.

As they plunge into digital transformation, businesses are expecting even more from information technology. They want things to be done faster in the virtual world via the cloud. They want to be more customer focused so they can deliver analytics-driven experiences, and they want it at low cost.

How much data are we talking about? According to International Data Corporation (IDC), the collective sum of the world's data has grown from 2.7 zettabytes in 2012 to 33 zettabytes last year. By 2025, the figure will reach 175ZB.

A lot of data means a lot more headaches involved in keeping it secure. Veritas, a California-based backup, recovery and archiving software company, says malware attacks are on the rise all over the world. The company has more than 50,000 enterprise customers globally including 99% of the Fortune 100 with revenue of more than US$2 billion last year.

"The growth is exponential and in many places, it is still growing very rapidly and I am seeing more and more companies coming to us for the protection of their data," Chris Lin, a senior vice-president of sales for Veritas Asia Pacific and Japan told participants at a company seminar in Bali last month. "We are also seeing more medium-sized and even small companies coming for protection because data is becoming more critical for everyone."

According to Cisco, there are seven types of malware: viruses, worms, trojans, spyware, adware, fileless and ransomware. Veritas has singled out ransomware for special attention, with Mr Lin saying it has become a $33-billion problem. Records to date show that only half of all data held hostage is recovered, even after the ransom was paid.

"For all the countries in Asia Pacific, I don't think there is any difference," he said when asked how big a problem ransomware is and how protected companies in this region are. "A lot of customers do not proactively talk about it … but it is definitely becoming more and more common."

As recently as 2017, ransomware attacks were intended more for publicity and creating widespread impact than for collecting money, said John Abel, senior vice-president and chief information officer of Veritas. One of the biggest attacks in that year was WannaCry, in which high-profile targets around the world received a note demanding $300 in Bitcoin in return for their hijacked data.

Last year and this year, Mr Abel said, the ransom sums being paid have been rising and the targets becoming more specific. This is happening in parallel with a rise in a closely related phenomenon known as cryptojacking. According to Symantec, cryptojacking is "the unauthorised use of a computer, tablet, mobile phone or connected home device by cybercriminals to mine for cryptocurrency".

In its latest Internet Security Threat Report, the provider of Norton antivirus software said it blocked 69 million cryptojacking events in 2018, four times as many as in 2017. And while ransomware infections actually fell, dropping more than 20% year-on-year, enterprise detections increased by 12%, demonstrating that ransomware continues to be a problem.

As the number of attacks of ransomware has been increasing, their success rate has also risen since they are attacking smaller companies that lack the right protection.

"The companies that are being targeted are getting smaller as cybercriminals are moving down the food chain as they know that the larger players have the right defences in place," Mr Abel said.

Mr Lin believes manufacturing is increasingly being targeted by ransomware, while Mr Abel says that cybercriminals have moved on from sectors that people believe to have tighter security, such as financial services and healthcare. The latter was a major casualty of WannaCry and that proved a wake-up call for the sector.

"Veritas is the last line of defence on the data side where if the perpetrator has broken the front line and the environment has been disrupted, our products and solutions can provide ways for the company to recover them," Mr Lin said. "… But this is a cat and mouse game where we have to invest quite a lot of effort to make sure that our clients' data are protected." The company now spends more than $250 million a year on research and development along with innovation.

Backing up data is critical given that 53% of data that has been ransomed is unrecoverable, while companies that have been attacked once already could also be attacked again in the future, Mr Lin pointed out.

The actual ransoms paid vary and can be millions of dollars in some cases, but Mr Abel said figures are hard to come by since companies are reluctant to share the information since it could affect their image.

Veritas is seeing more medium-sized and even small companies seeking protection "because data is becoming more critical for everyone", says Chris Lin, senior vice-president of sales for Asia Pacific and Japan. SUPPLIED

CLOSER TO THE EDGE

Protecting data is definitely crucial in a world where cybercriminals looking for easy money can hijack a machine with just a few lines of code, but where to store the data is also essential.

According to US-based Vertiv, a provider of equipment and services for data centres, businesses in Southeast Asia must future-proof their critical infrastructure for the anticipated growth of edge computing.

Today, a data centre can describe many facilities. It can defined a huge and high-performance computing facility with rack density approaching 50 kilowatts. It could also be a hybrid that is managing resources across cloud, colocation and multiple distributed sites. And, it can involve smaller distributed sites themselves which are becoming more critical as services and applications move closer to users.

For example, if a streaming provider from the US wants to better serve users in Thailand with faster speeds, it might want to build a huge data centre to store videos in the Kingdom instead of sending data back and forth between two countries. But building a big data centre is expensive so some providers might choose colocation. A "colo" is basically a data centre in which a business can rent space for servers and other hardware.

In a survey titled "Data Centre 2025: Closer to the Edge", Vertiv asked 800 industry professionals for their views on the future of the data centre industry in the next five years. It found that 48% identified "on-premise core enterprise/private cloud" as their main approach at present. The remaining choices included colocation (20%), high-performance computing (15%), hyperscale/public cloud (10%) and remote or edge (8%).

According to Gartner, a US-based research company as, edge computing is a system "where information processing is located close to the edge, where things and people produce or consume that information."

Essentially, edge computing allows data from IoT devices to be analysed at the edge of the network before being sent to a data centre or the cloud. With more computing done at or near the source of the data, the cloud or other data centres do not have to do all the work. This greatly reduces latency problems that can affect an application's performance, since data processing can be done where it is being created or gathered, instead of relying on a central location that could be on the other side of the planet.

For consumers, it means they can now enjoy their social applications, online streaming and gaming at a much faster speed. Edge computing allows companies to save a lot of money by reducing the amount of data that they have to send to a centralised or cloud-based location for processing. 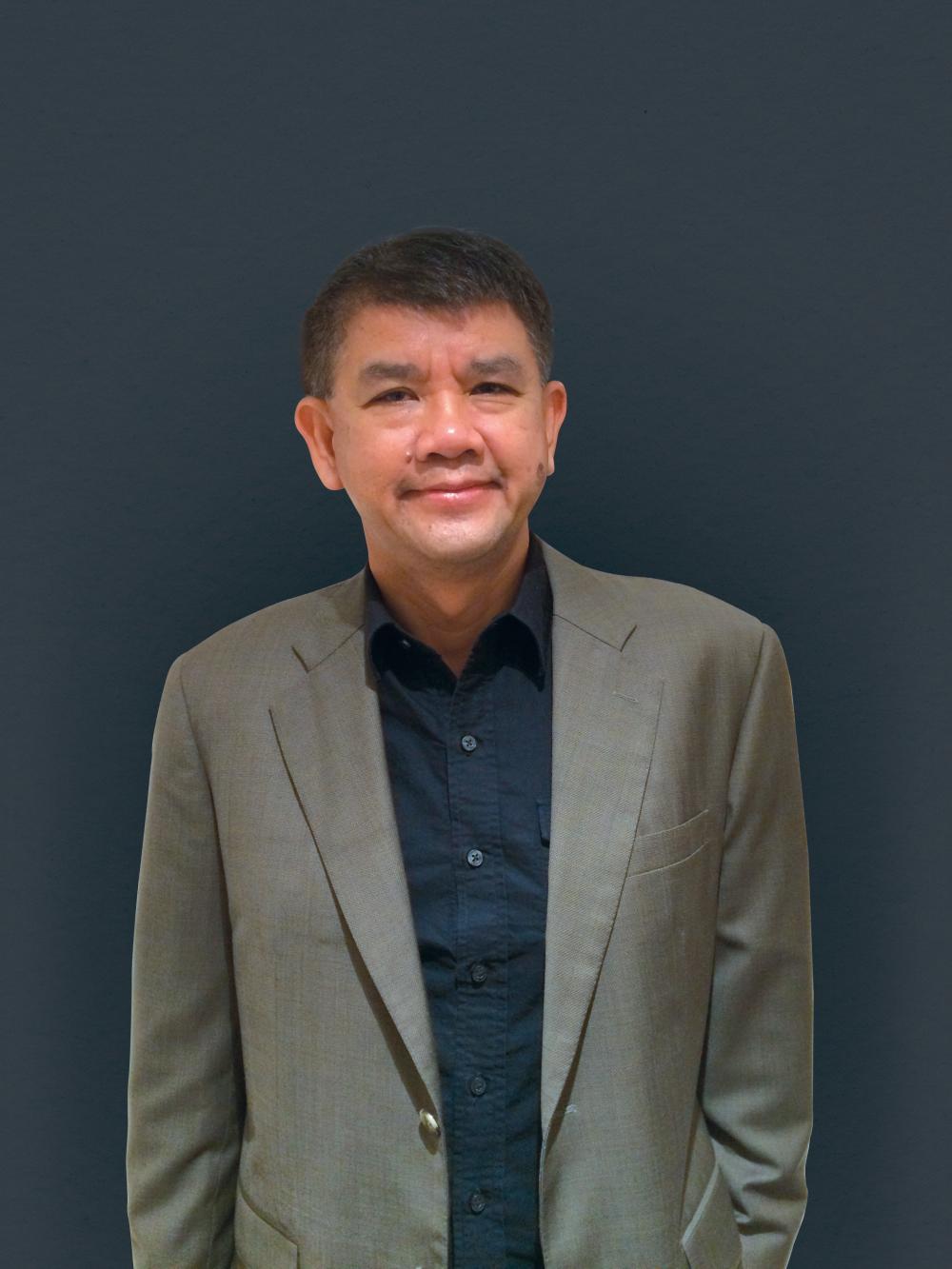 Many businesses "are realising that they need to shift their focus to the edge in order to remain competitive", says Pichet Ketruam, managing director for Vertiv Indochina. SUPPLIED

Protecting mobile data is also a huge challenge, and once 5G becomes mainstream, the risks will grow. Since most of the increase in data generation will come from mobile sensors and must be transmitted on wireless or mobile networks rather than wired connections, this increase is putting a strain on mobile network infrastructure as well.

According to Vertiv, mobile internet protocol (IP) traffic (for example, the flow of data across the internet from your smartphone) is projected to increase seven-fold from 2016 to 2021, double the pace of growth in fixed-line IP traffic. This changes in the computer and storage infrastructure required to support the smart and connected future, particularly at the local level, will be "profound", it says.

The company's report showed that among the more than half of participants who have edge sites today or expect to have them in 2025, the total number of edge sites supported is expected to grow from 128,233 today to 418,803 in 2025, a 226% increase.

"When Vertiv first launched this survey five years ago, many had not yet realised the impact edge computing will have on the industry," said Pichet Ketruam, Vertiv's managing director for Indochina. "While the focus back then was on the potential of cloud computing and hybrid architectures, now many are realising that they need to shift their focus to the edge in order to remain competitive."

In Thailand, for example, organisations are investing more and more in micro data centres and converged solutions, as these are ideal for edge deployment. The same is true for other countries in Southeast Asia, where great value is placed on speed, agility and flexibility of infrastructure to cope with spikes in data demand, he added.

For example, if a microfinance company in Thailand wants to better serve growing demand for loans from customers in the Northeast, it might want to build a micro data centre nearer to the customers to process transactions there. That would speed up loan screening and approval, which otherwise would have to be done by transmitting information to the main data centre in Bangkok.

But the challenges of configuring, deploying and managing this growing network of edge sites has the potential to strain IT organisations, cautioned Mr Pichet, who has worked for Philips, Motorola and Siemens and has decades of experience in the data centre industry. Standardised configuration options and remote management tools will be essential to streamline processes and minimise the need for on-site technical support. 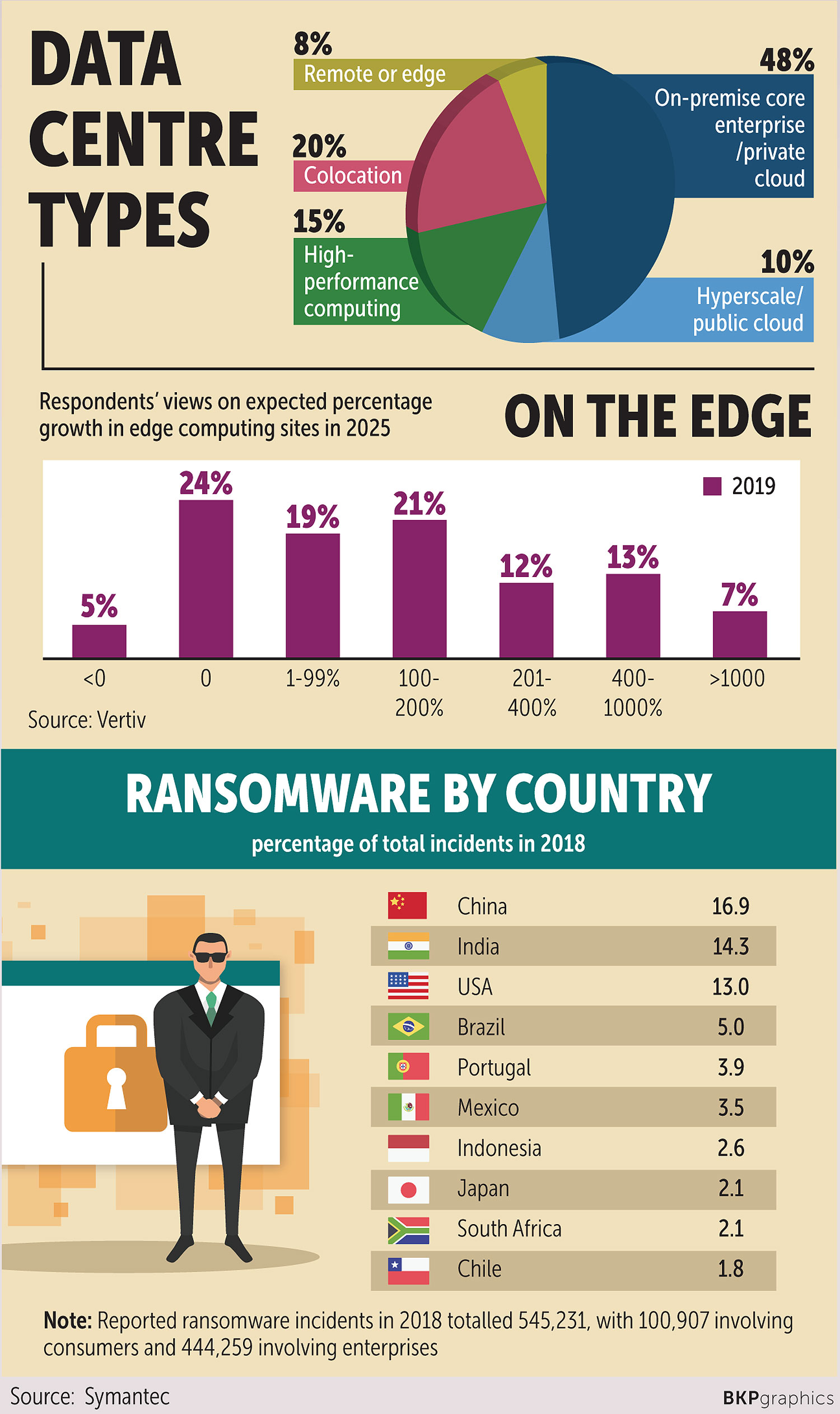