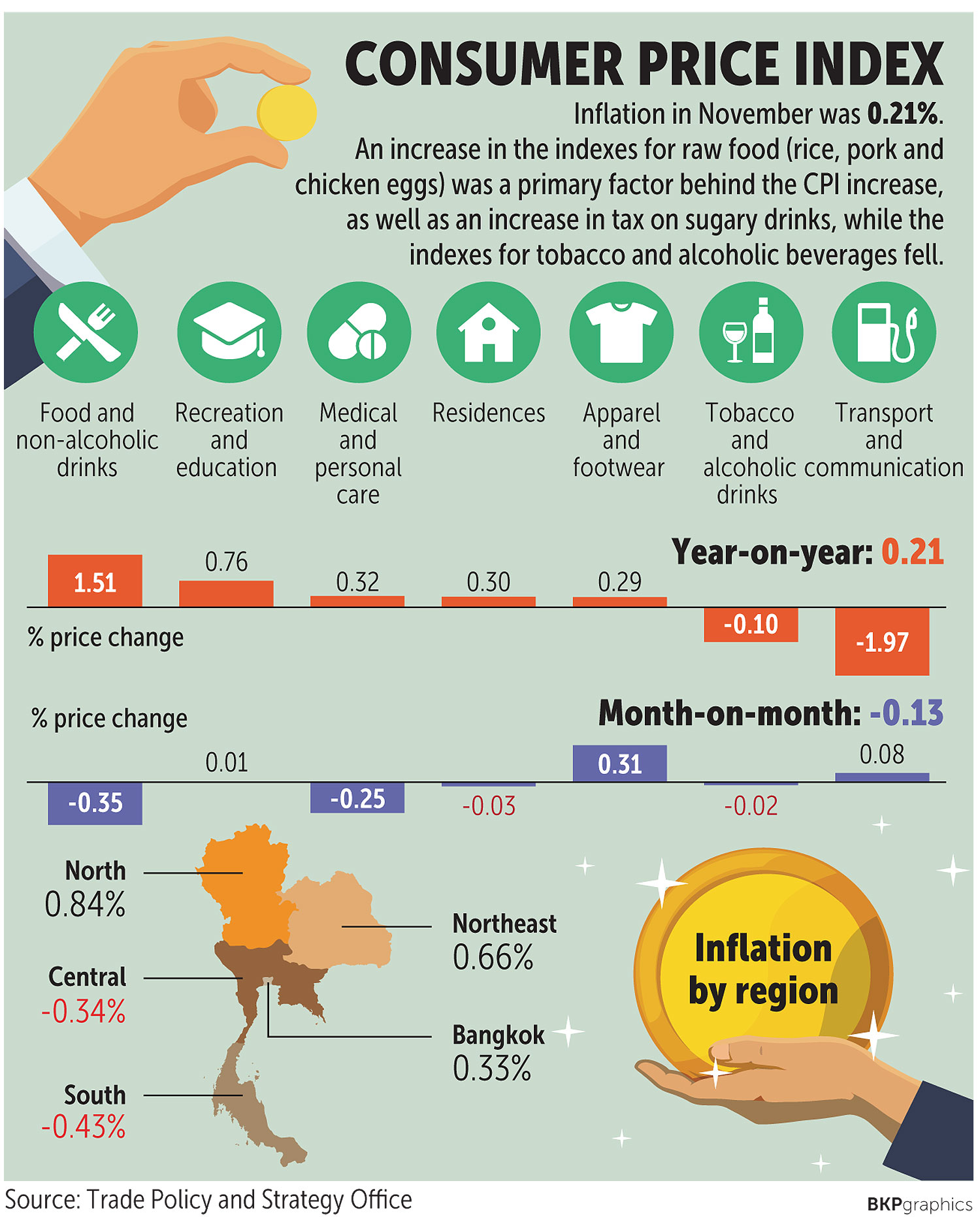 Non-food and beverages dropped by 0.53%, primarily caused by the decline in all petrol prices by 7.54%.

"Higher prices were driven in part by rising consumption as reflected by an improvement in state income from value-added tax collection for the third straight month and an increase in motorbike registrations. Farmer incomes also rose on higher prices for major agricultural crops," said Pimchanok Vonkorpon, director-general of the Trade Policy and Strategy Office.

"This indicates the government's range of stimulus packages and farmer support measures have started to take effect."

On a month-on-month basis, consumer prices in November decreased 0.13% from October, mainly due to a fall in the prices of oil prices and some vegetables such as Chinese kale, long beans and morning glory.

Of the 422 product and service items used to gauge inflation, the prices of 228 items rose from October, including sticky rice, eggs, pork, house rent, electric fees and public transport.

Annual core inflation in November, which excludes volatile food and energy prices, was up 0.47%, and up 0.03% month-on-month from October.

"The overall price level is consistent with the market supply and demand conditions," she said. "The government's stimulus measures will play an important part in lifting the economy in the fourth quarter and the year ahead, causing the inflation rate for December to keep rising. The inflation rate will be 0.7-0.8 % this year."