Thousands save Chumphon Cabana from closure

Chumphon Cabana Resort and Diving Centre is safe as its 130-million-baht debt will soon be cleared by thousands of supporters. (Photo from Chumphon Cabana Facebook account)

A resort famous for following the sufficiency philosophy of the late King Bhumibol has been saved by thousands of supporters from being auctioned off to pay its debts.

Chumphon Cabana Resort and Diving Centre needed 130 million baht to survive and it has received 144 million so far.

Its survival is extraordinary as help has come from everywhere to prevent the resort on Thung Wua Laen beach in Pathiu district from being closed permanently and, according to its campaigners, the land sold off to foreigners to build a luxurious hotel.

“We have informed the asset management company about our decision to pay the debt,” said Pichecht Tonitiwong, manager of Thamturakit Social Enterprise, the firm behind the campaign to save the resort. He did not identify the company.

The auction had been scheduled for Dec 2 but it was cancelled after Thamturakit Social Enterprise secured the 130 million baht needed to retire the debt.

Chumphon Cabana was built in 1982 with seven bungalows. Its problems began in 1997 when the Asian financial crisis hit the business after the owners — Sukhum Sadakorn and Achara Rakphan — had begun to expand with expectations of receiving more tourists. They took out a loan of 150 million baht from a bank, using the plot as collateral. The crisis depressed the tourism business, and even after the economy recovered, more trouble arose following the global financial crisis of 2008-09.

The owners’ son, Varisorn Rakphan, took over the management of the business from his parents in 1999. He decided to expand beyond the resort and diving school business, using the property as a place to test the sufficiency economy as he was inspired by the philosophy initiated by the late King Bhumibol.

The new activities included organic farming, with those who took part later sharing the knowledge learned at Chumphon Cabana with others.

However, the debt was never fully repaid and it was later transferred from the bank to a debt management company, which said set in motion plans for an auction to recover the 130 million baht still outstanding. 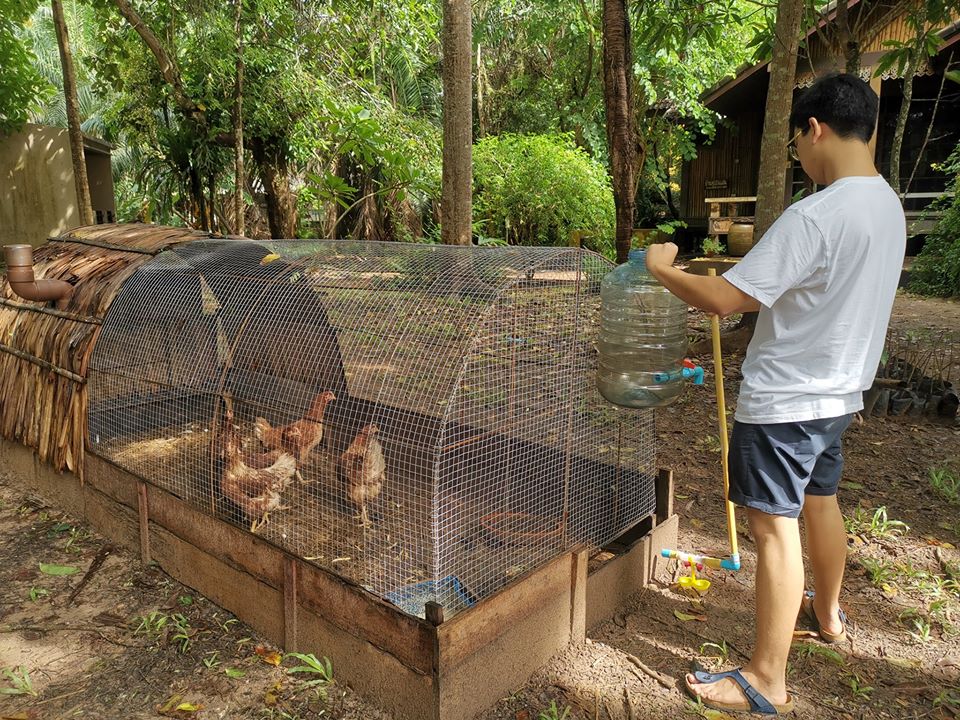 The urgency of getting the debt paid had been mounting for months but the momentum only picked up a week before the auction deadline, when supporters flocked to offer financial help for the resort through Thamturakit Social Enterprise.

Mr Pichecht credited former deputy agriculture minister Wiwat Salyakamthorn, better known as Ajarn Yak, and Chon Chandai, who social media including Facebook and Line to step up the campaign to help the resort as the auction day neared.

“Many mainstream media have largely ignored this issue,” he said.

Money left over after paying the debt will be used to improve the grounds of Chumphon Cabana at  a cost of around 50 million baht, and another 5 million will be set aside to help cover daily operating costs.

All 10,000 supporters of the project will eventually become shareholders of the resort when Thamturakit Social Enterprise holds its first meeting, set for Feb 9.

“All of them want to be part of a business that benefits the society,” Mr Pichecht said, adding that Mr Varisorn will be the manager after Thamturakit Social Enterprise officially takes over the resort from him.

The resort and diving business will remain the main source of revenue for Chumphon Cabana, Mr Pichecht said, but there will be some changes.

He did not go into detail but Mr Varisorn said one idea came to his mind when he attended a forum held in April to talk about how to save the business.

“I really want to see this place to be a school,” he said, adding that the site could be used to promote the sufficiency economy and a healthy environment.

“It can be a place for everybody.”