For some younger consumers, rental is preferable to ownership, leading to new business models

The times, they are a-changin'. Younger generations are shunning possession and opting for access and experiences instead, as digital nomads have a strong connection with the sharing economy concept.

From cars to homes and luxury goods, Generation Y is redefining the concept of private ownership in its own way. The sharing economy is not just an idea: it has been embraced by tech-driven companies such as Grab, Airbnb and Uber. 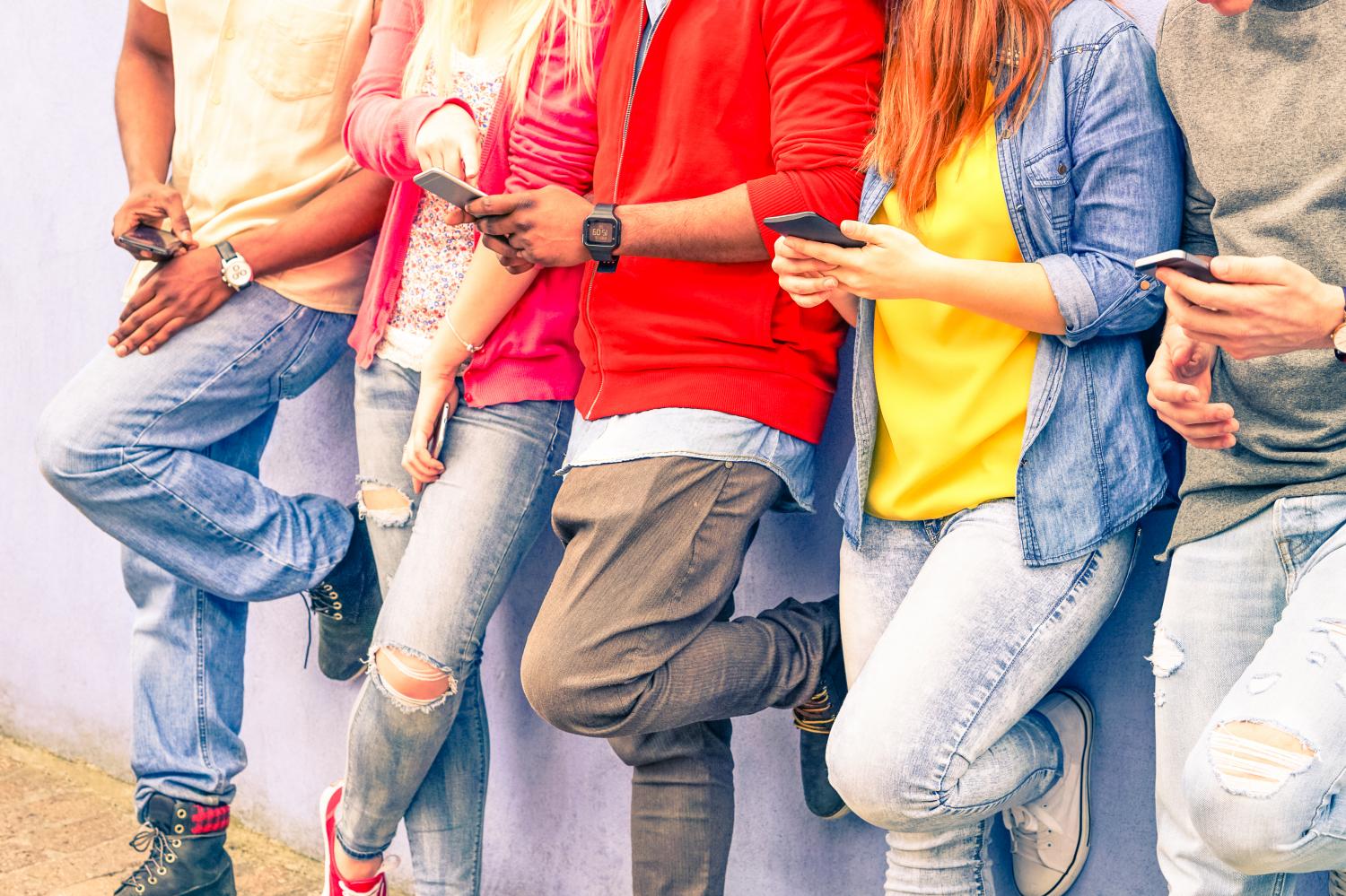 To accommodate younger users who want to change their handsets every year, the country's first rental mobile phone service was launched in July. Pattanapong Hirunard

In July 2019, the country's first mobile phone rental service was launched to accommodate users wanting to change their handsets every year.

The service is provided by Yuemmai Thailand Co, a joint venture 51% held by smartphone distributor Gold Elite Paris and 49% by SCI Electric Plc, a generator of electricity and technology manufacturer.

For example, under a one-year iPhone XS Max rental deal, a user pays 3,880 baht a month over the course of 10 months, amounting to 38,800 baht. The sum includes a 15,000-baht deposit, which will be returned after the one-year contract ends, meaning the total would be 23,800 baht.

One factor may be that buyers risk a lower resale value from selling their handsets, he said.

Mr Weeradej acknowledged that the Yuemmai service is expensive when compared with buying new for the iPhone XS Max.

"The monthly rental payment is quite close to the 10-month instalment payment for a new phone," he said.

The rental service also caters to credit card holders. If users' rental handsets are lost or stolen, they must continue to pay the rental fees throughout the contract, Mr Weeradej said.

An iPhone XS Max buyer could sell the handset and gain more than 15,000 baht back, he said.

Sutikiat Kittipattrakul, chief executive of Yuemmai, said one obstacle to the handset rental model is that deposits are required because the company lacks a credit scoring database.

"The company is seeking nanofinance partners to help make the rental deals more affordable, bypassing the need for a deposit," Mr Sutikiat said.

Yuemmai wants to tap corporate users because they are a less-risky group.

The rental model can help corporate users save on purchases of mobile phones for their employees. Some 30 corporate users have been approached to join the service, Mr Sutikiat said.

In the future, corporate customers could make up 80% of the company's revenue, he said. 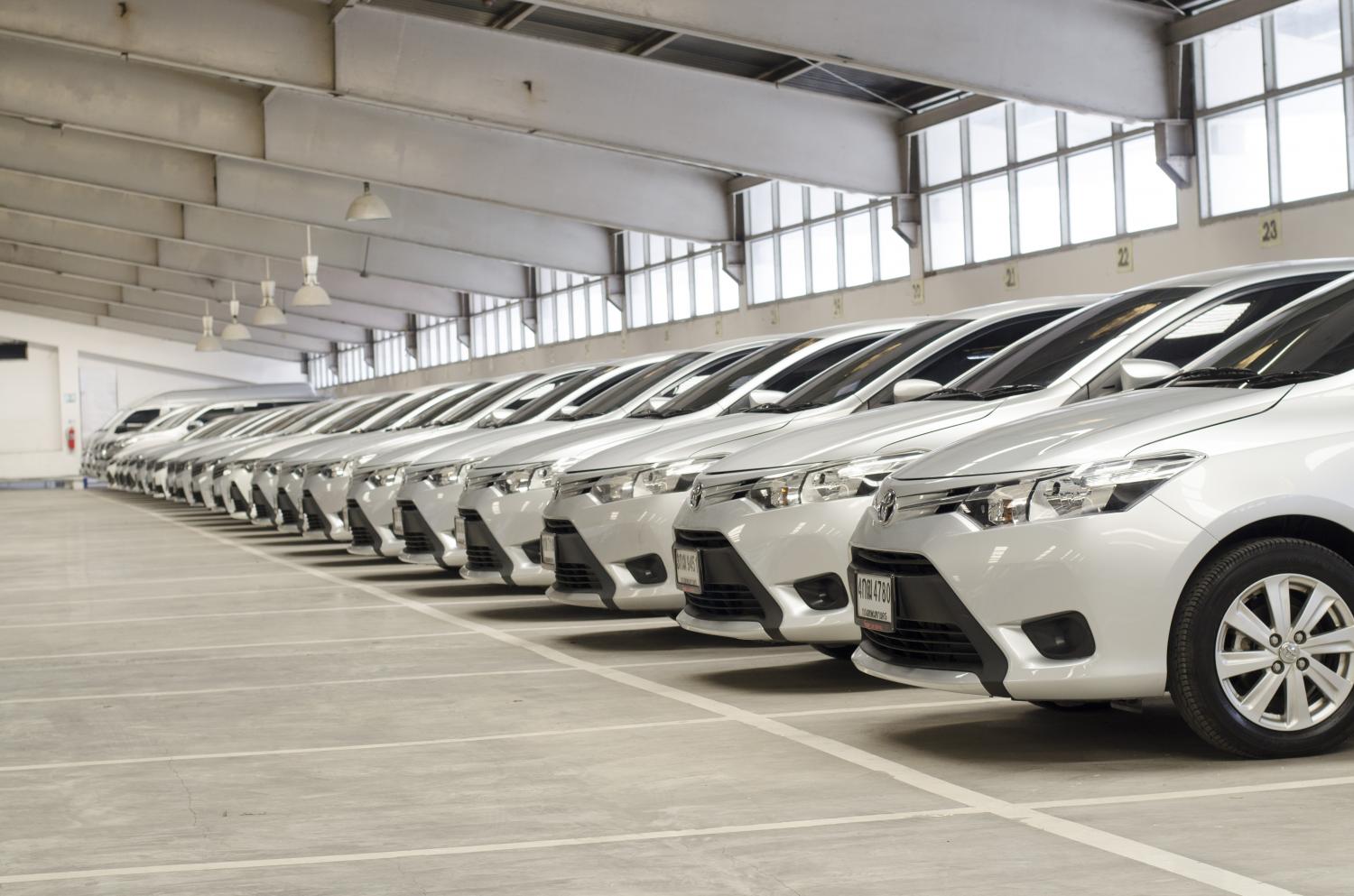 The car rental business traditionally had two categories: short-term for travel that is calculated by days, and long-term for corporations, calculated by years.

A new category is car sharing via mobile app. The fee is calculated by hours, but users do not need to pay for fuel. This service is still limited to some areas, such as universities and office buildings, requiring parking spots for shared cars. There are limited operators in Thailand.

The subsidiary Toyota Leasing Thailand Co will take responsibility for the service, adopted from Kinto in Japan.

Toyota Leasing covers all necessary expenses throughout the rental contracts, but customers do not own the cars after the contracts expire.

Surasak Suthongwan, vice-president of Toyota Motor Thailand, told the Bangkok Post the service is "testing the waters" in Bangkok, Nonthaburi, Pathum Thani and Samut Prakan provinces. The programme will end on March 2020.

"Before the launch, Toyota conducted an internal study and found new-generation buyers do not want to own cars, opting for a rental model instead," he said. "This service is in response to their needs, with flexible selection and easy driving. We have secured 23 rental cars so far, and the most popular model is the C-HR."

Mr Surasak said Kinto is designed to be 10% cheaper than buying a car based on the monthly fee for an auto loan. A normal auto loan for Toyota Leasing requires a 5% down payment and 60-month loan contract, with buyers responsible for maintenance, insurance and licence and tax renewals.

Toyota is undecided about whether Kinto will continue in Thailand beyond March, Mr Surasak said. This period is deemed a feasibility study. 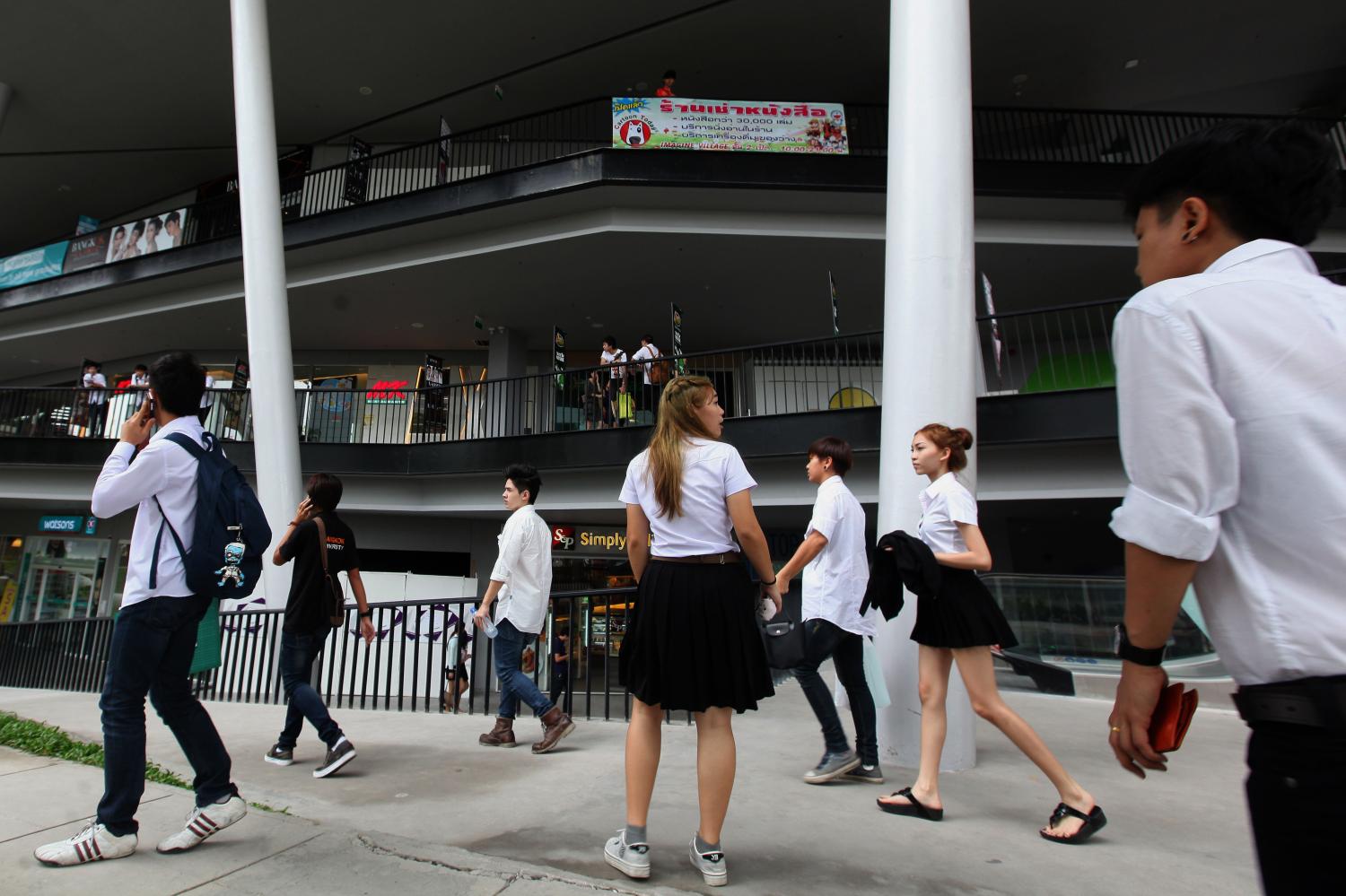 The new car-rental category is limited to certain areas such as universities and office buildings. Pattanapong Hirunard

The sharing economy has yet to take off in the housing sector here, as residential prices remain relatively low and supply is plentiful for rental or purchase, according to property analysts.

"Cohabitation is popular in those cities because the mass of people cannot afford a residential unit," he said. "The housing price in London is as high as 1 million baht per square metre on average, while monthly office rent in Tokyo is 10,000 baht per sq m.

"In Bangkok, middle-income earners can find a condo unit priced at only 80,000 baht per sq m in locations near mass transit stations like Bearing. With the skytrain, they don't need to live in Thong Lor, where prices per sq m are higher than 200,000 baht.

"People in Bangkok don't need to live in inner-city areas. They can live anywhere because infrastructure is expanding to outer-city locations. Thais also prefer buying rather than renting if they can afford a unit."

Until the average price of a residential unit in Bangkok's affordable locations exceeds 300,000 baht per sq m, which should be more than five years from now, cohabitation may not be that popular here, Mr Chanin said.

There is plenty of residential supply in Greater Bangkok to choose from, either to buy or rent, he said. In some locations, a monthly rent of 5,000 baht a unit for a condo near a mass transit line is available.

Andrew Gulbrandson, senior director and head of research and consulting at JLL Thailand, agreed that the markets where shared living is popular are generally those with high house prices and where middle- and upper-income people are willing to rent.

"In Bangkok, most Thais still prefer to buy rather than rent, particularly those that are higher-income," he said. "There are also so many condos for rent -- a cohabitation service would probably find it difficult to compete."

Surachet Kongcheep, managing director of Phoenix Property Development and Consultancy, said cohabitation in Thailand is popular among college students staying together for a certain period, such as a spell at school.

"Teenagers or college students rent a big house to live together and share the rental payment," he said. "When they finish school, they may stay together for a while but eventually move out and get a job."

Mr Surachet said long-term housing rental in Bangkok works in prime locations like Lang Suan, where residential prices are too high for most white-collar workers. But long-term rental is still unpopular in general because Thais prefer freehold property ownership, he said. 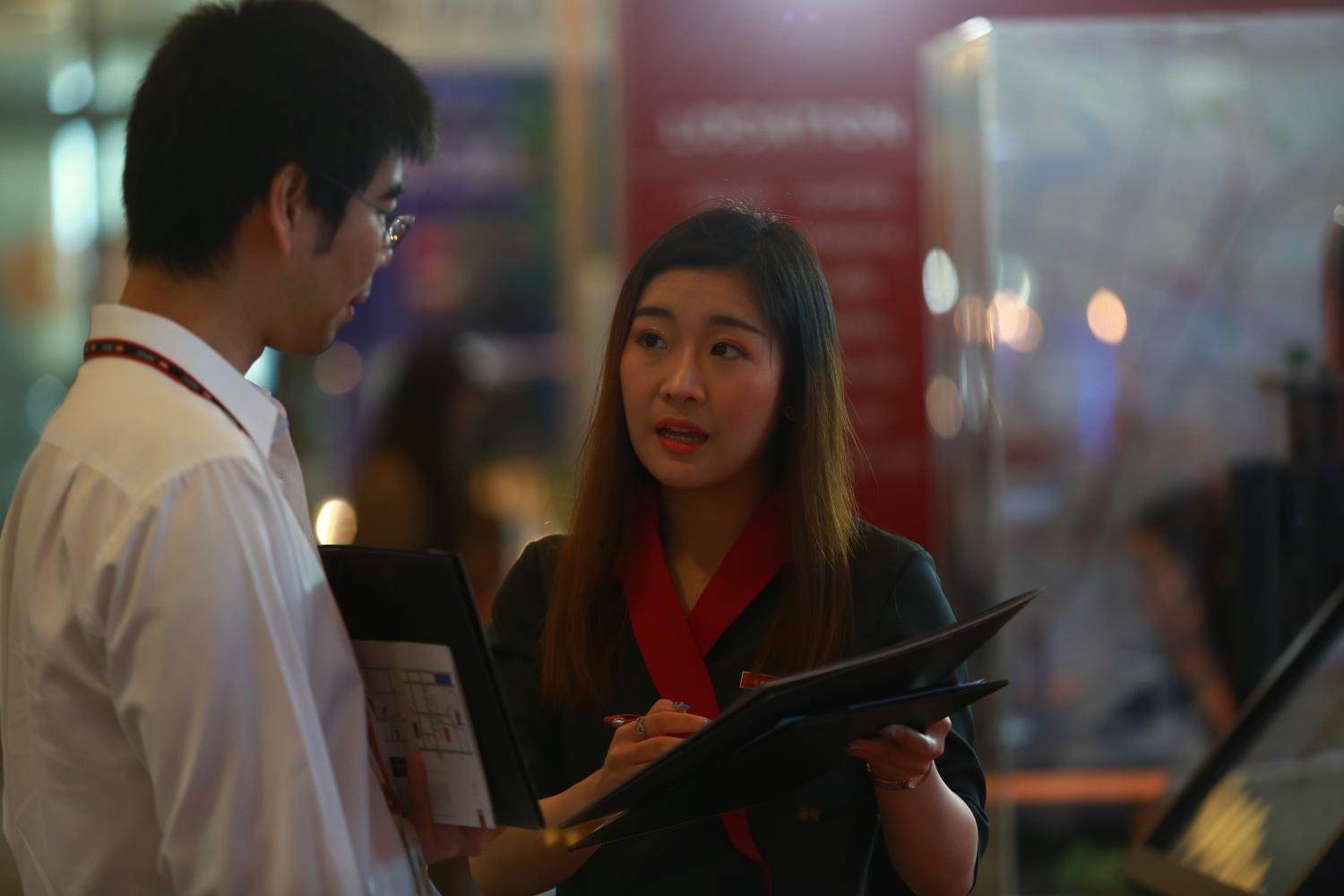 A vendor promotes housing deals at a fair. In Bangkok, many prefer to buy rather than rent. Somchai Poomlard