"Startups are an important engine to drive Thailand's digital economy the next few years. The country still lags behind Indonesia and Vietnam in this regard," said Jayden Kang, chief strategy officer of Line Thailand.

He was speaking at a recent showcase of six local startups under Line ScaleUp, a programme designed to accelerate local startup development and growth through Series A and A Plus funding (US$10-50 million).

Thailand's digital economy this year is forecast to hit $16 billion, accounting for 3% of GDP, and reach $50 billion by 2025, according to a Google Temasek study.

Thai startups are still in the early stages of funding, Mr Kang said, noting that 170 of them are in seed funding, 36 in Series A funding, nine in Series B funding and three in Series C Plus funding.

In comparison, Indonesia has 428 startups in seed funding, 101 in Series A funding, 25 in Series B funding and 13 in Series C Plus funding.

Vietnam has 197 in seed funding, 52 in Series A funding, 12 in Series B funding and eight in Series C Plus funding. 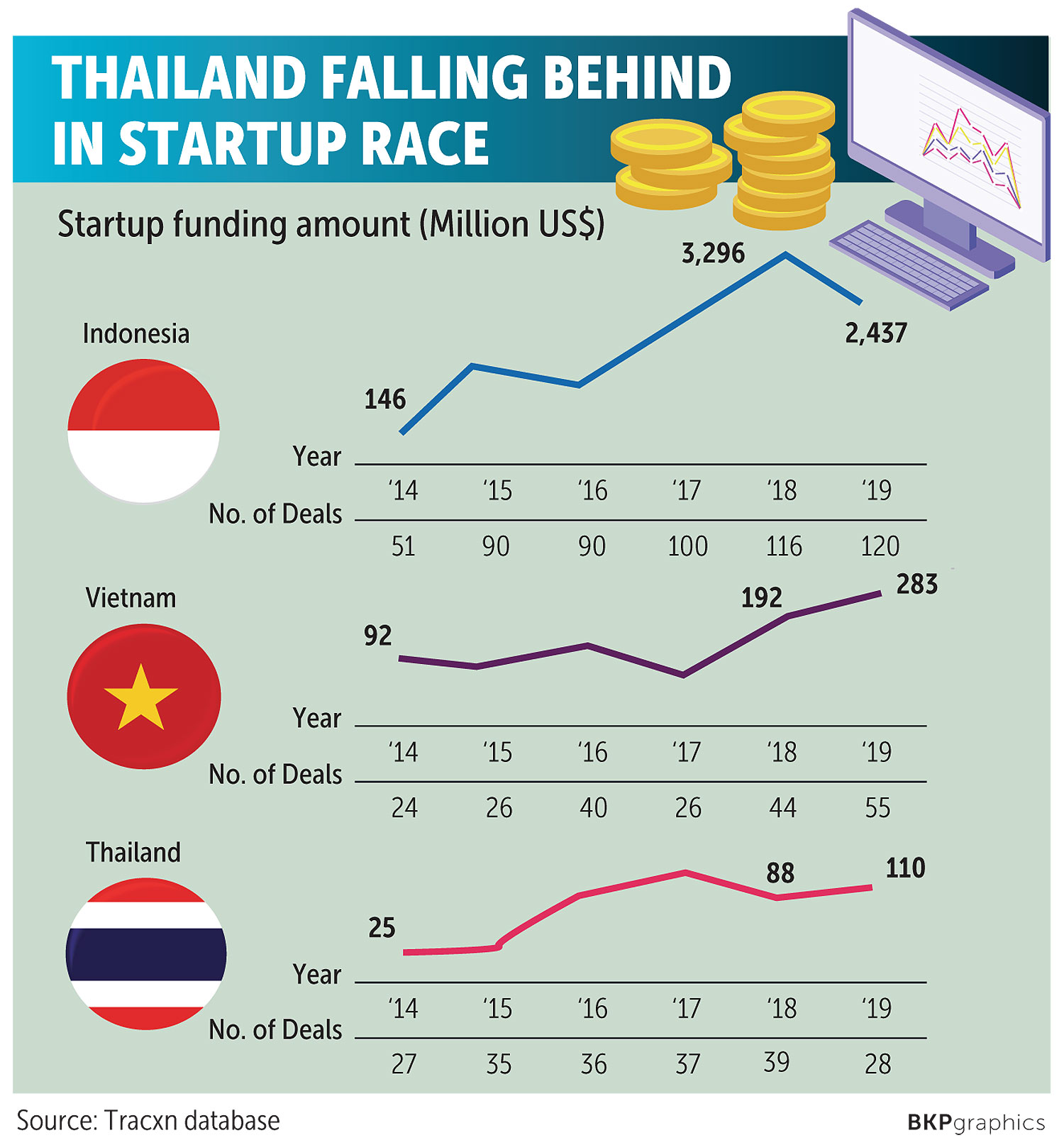 Based on a Line internal survey, the number of skilled expats from Indonesia and Vietnam who returned to their countries to run Series A-funded startups is also bigger than the comparable figure in Thailand.

Such people account for 59% of startup founders in Vietnam, 57% in Indonesia and 24% in Thailand.

Mr Kang said the lack of talent is a concern for local startups.

Talented people here are normally drawn to large corporations rather than starting their own business, he said.

To boost the momentum of local startups next year, Line will continue the ScaleUp project with a second batch of startups, with $20 million set aside to fund this portion.

"We will mainly focus on startups that emphasise the business-to-customer model and have strength in big data analytics and artificial intelligence," Mr Kang said.

"We expect foreign startups from Singapore and Malaysia to join the programme, but we are open to startups from any countries," he said.