Shrimp projected to bounce back with growth
Business

Shrimp projected to bounce back with growth

Thai shrimp exports are forecast to recover to 20% growth next year in line with increased production. 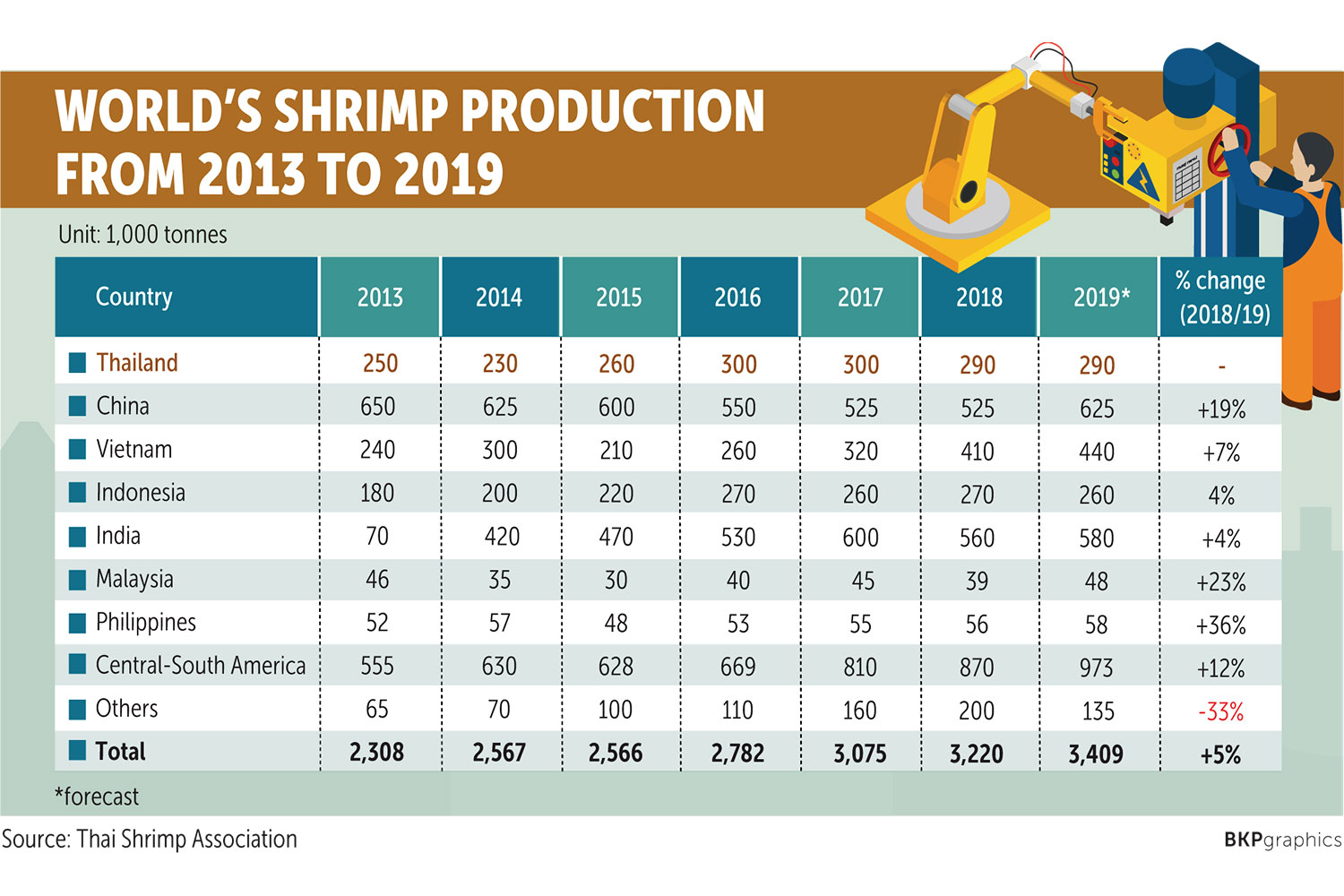 Somsak Paneetatyasai, president of the Thai Shrimp Association, said higher production efficiency and efforts to tackle shrimp diseases should lead to shrimp production of 350,000-400,000 tonnes in 2020, up from 290,000 tonnes this year.

Mr Somsak said the value of exports is also likely to grow by 20% next year from 50-55 billion baht fetched this year.

This year's export value fell 11% from 2018, due to continued baht strength and shrimp diseases.

"For the whole year of 2019, the association predicts the country's shrimp production to stay on a par with last year's, thanks to volatile weather and relatively low shrimp prices," he said. "This comes despite successful shrimp disease management by farmers."

Mr Somsak said global shrimp production is estimated at 3.4 million tonnes this year, up 5% from 2018. The higher production stems largely from India, Vietnam and countries in Central and South America.

"India, in particular, is expected to produce nearly 600,000 tonnes despite widespread shrimp diseases and unfavourable environments there," Mr Somsak said.

For the first 10 months, the association reported that Thailand shipped 135,249 tonnes of shrimp, with export value down 11.8% at 40.2 billion baht.

Key export markets include the US, Japan, China, Australia and the EU.

"For 2020, the association is more upbeat on the industry," Mr Somsak said. "Domestic shrimp production will fare better than the past two years thanks to better aquaculture technology and effective shrimp disease control."

He urged the government to take care of the baht to make it more competitive, offer easier access to capital for small-scale shrimp farmers and speed up making free trade agreements, especially with the EU.

Public health permanent secretary Kiatiphum Wongrajit predicted that because of the loosening of restrictions on eased restrictions on businesses and activities, the number of Covid-19 infections is unlikely to fall below 10,000 and the disease will become endemic.