KPlus, Kasikornbank's mobile banking app, is shown on a phone. Security standard development is needed to avert risks such as stolen data.

Around 10,000 mobile phones that have been jailbroken or have outdated operating systems will be banned from making mobile banking transactions, starting from May 1, 2020, as part of the central bank's efforts to upgrade security for mobile banking.

"Devices with obsolete operating systems that are rooted and jailbroken will not be able to access mobile banking services because they are a high security risk," said Siritida Panomwon Na Ayudhya, assistant governor for payment systems policy and financial technology at the Bank of Thailand. "For example, these devices will be prohibited from accessing some financial transactions or features on mobile banking apps."

The outdated operating systems for iOS are version 8 and below, while for Android they are version 4 and below.

"In Thailand, there are about 10,000 such prohibited devices," Ms Siritida said. "The mobile banking security guidance will not affect mobile banking users on a wide scale when compared with the higher security of the system overall." 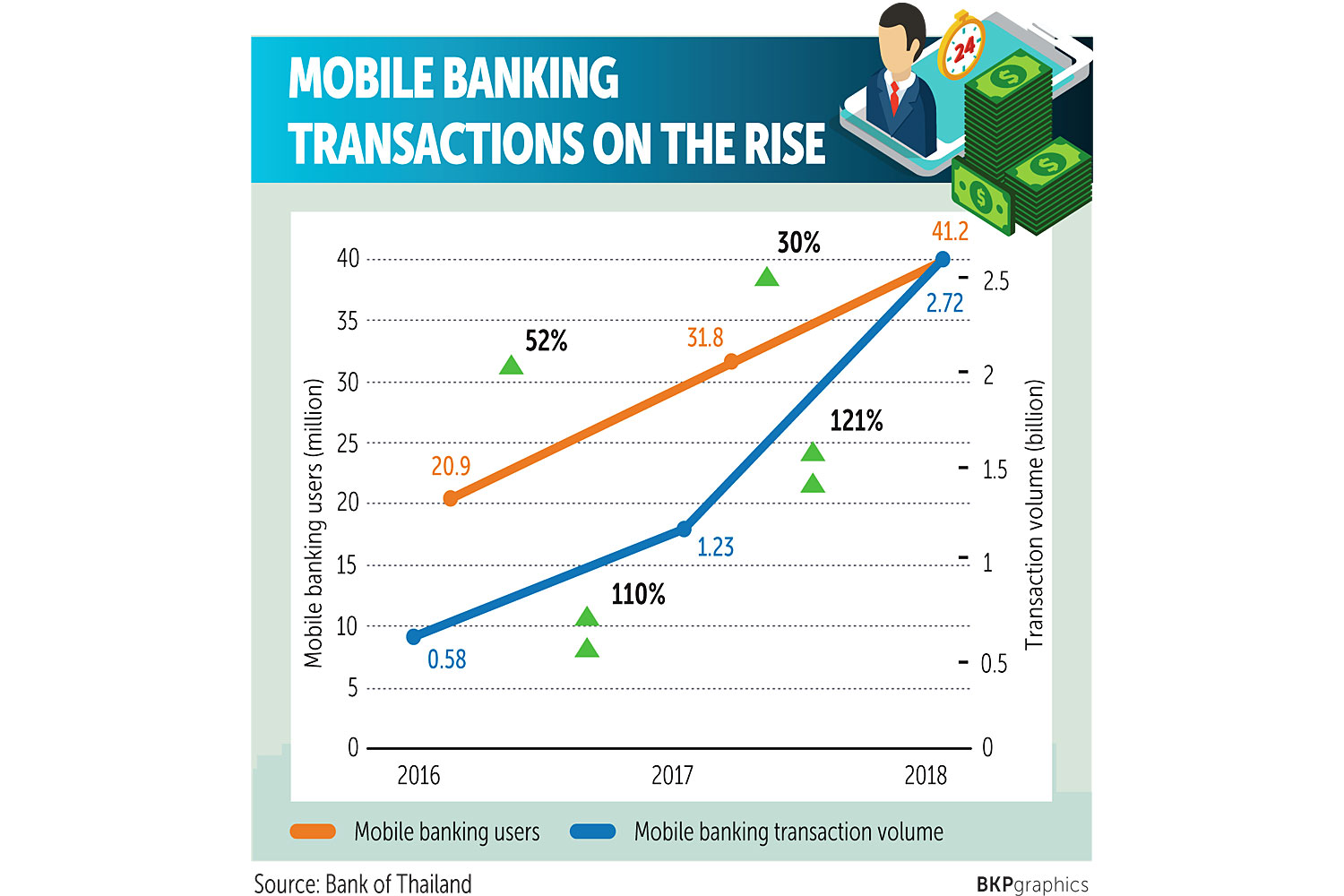 The prohibition is part of the central bank's guidance principles for mobile banking security to build up consumer protection and confidence about mobile banking transactions.

The central bank held a public hearing on financial institutions and gave them more time to educate customers before official implementation in May.

The guidance will also cover a limitation on server access, and more complicated passwords to access mobile banking services. But it will let users comply with the new guidance on a step-by-step basis to give them more time to upgrade.

Amid the exponential growth of mobile banking transactions, security standard development is needed to avert higher risks seen in several countries. Those risks include stolen data via malware uploads and fake apps.

For the nine months through September, there were 55 million mobile banking user accounts with 3.2 billion transactions, up from 41 million accounts in 2018 with transaction volume of 2.7 billion.

Presently, 12.1 million magnetic stripe cards, of which 6.3 million are ATM cards and 5.8 million debit cards, are in circulation. Of the total, 7.1 million are active cards and 5 million inactive, a portion of which could be cancelled under banks' normal practices.