The retail market is expected to stay bearish in the year to come thanks largely to lower expected employment and production capacity, drought, the minimum wage hike and a prolonged economic slowdown. 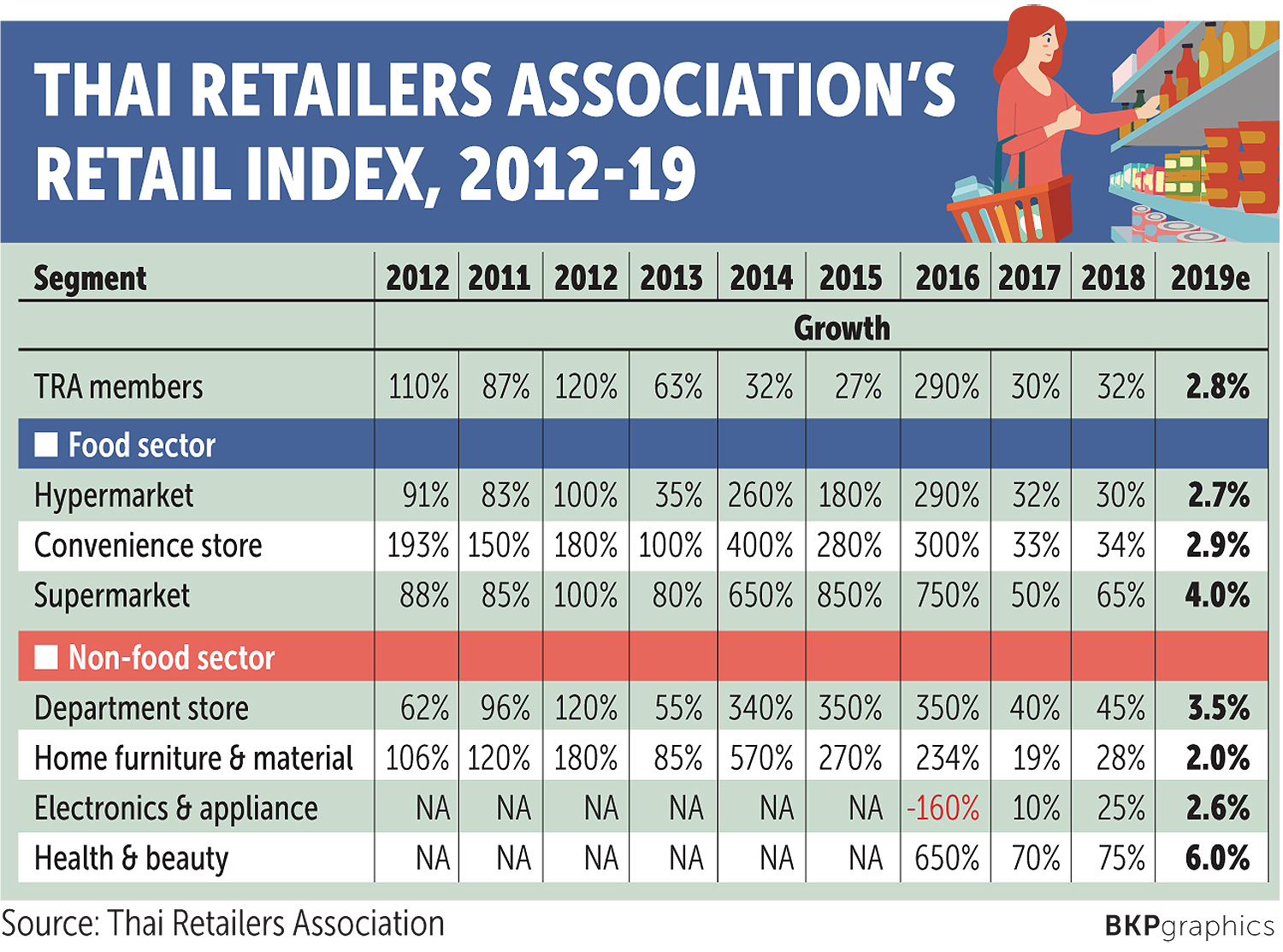 Worawoot Ounjai, president of the Thai Retailers Association (TRA), said consumer purchasing power in 2020 is unlikely to change much from this year due to relatively poor economic conditions.

"Most product segments have seen signs of decline throughout this year, in line with the country's GDP," said Mr Worawoot.

He attributed the weak domestic retail consumption to low farm product prices, which directly affect the income of middle and low-income earners, as well as relatively high household debt, volatile weather, and the sluggish property and construction sectors.

The health and beauty sector also continued growing because of the entry of new players, urban lifestyles and an expansion of the middle class, he said.

Department stores have been hit hard by low purchasing power and unenticing prices, particularly for leading brands thanks to the country's import tariffs, said Mr Worawoot.

Home improvement, home appliances and electronics have yet to recover to growth because of the tepid construction and real estate sectors, he said.

"Nonetheless, there are still positive factors that may help boost the retail industry next year, be it the government's new economic stimulus measures both from fiscal and monetary policies, budget disbursement in fiscal 2020, or growing tourism," said Mr Worawoot.

In the longer term, he said the government's infrastructure investments worth more than 2.4 trillion baht covering the rail and road network, deep-sea ports, airport expansion and the flagship Eastern Economic Corridor initiative and special economic zones are expected to help boost the retail market in the second half of 2021.

Mr Worawoot said a clearer recovery in the retail industry is anticipated in 2022. Thailand's retail market is estimated to be worth 3.8 trillion baht a year.