Unsold units in Bangkok on the rise

New condo supply being launched in Bangkok next year will continue to decline.

Phattarachai Taweewong, associate director of the research department, said the number of unsold condos in Bangkok is rising as the average sales rate of new supply launched this year was only 46%, down by 12 percentage points from 2018.

"Developers delayed the launch of new condo supply in the fourth quarter until next year, a drop of over 40% compared with earlier plans," he said.

"If they did not do so, the sales rate of condos this year might have been lower than 46%."

Some projects launched in the fourth quarter were focused on overseas markets before opening in Bangkok. As a result, those projects had sales on hand from foreign buyers and filled their foreign quota.

"Some developers with very low sales rates for condos shifted to develop hotels instead. Some cancelled projects, returned booking money to buyers and either held or sold the land," he said.

Some condo projects designed units ready for rent to tap investment buyers, said Mr Phattarachai. These units looked like a hotel room, smaller in size at only 25 square metres for a studio and 30 sq m for a one-bedroom, with no living room. 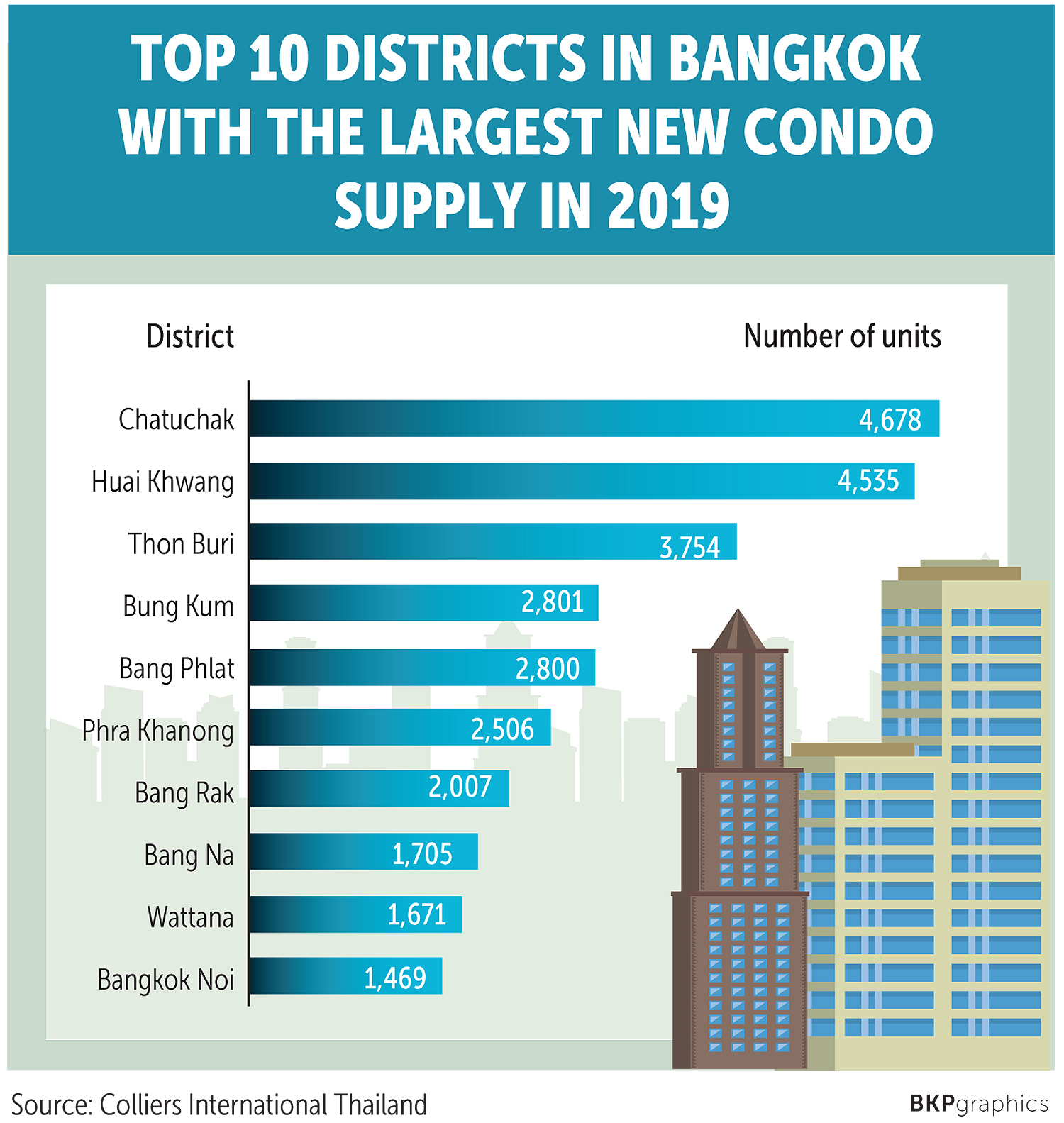 The majority of new condo supply launched this year, some 19,514 units accounting for 44% of the total, was in outer Bangkok locations as plot prices remained low. This allowed developers to offer units priced lower than 100,000 baht per sq m.

Listed developers continued to outperform non-listed firms as their condo sales rate was 50% on average, higher than the latter with a sales rate of 40%.

"2020 will be a market for buyers who are ready as there are many positive factors for convinced buyers such as property incentives and promotions," he said.

"New supply being launched in 2020 will have fierce competition, not only from other new units but also existing unsold units. If possible, developers should delay launches until 2021 to wait until unsold inventory decreases further."

Mr Phattarachai said new supply being launched next year should be in locations where developers are confident about demand as they may incur costs from the new land and building tax if their units remain unsold. 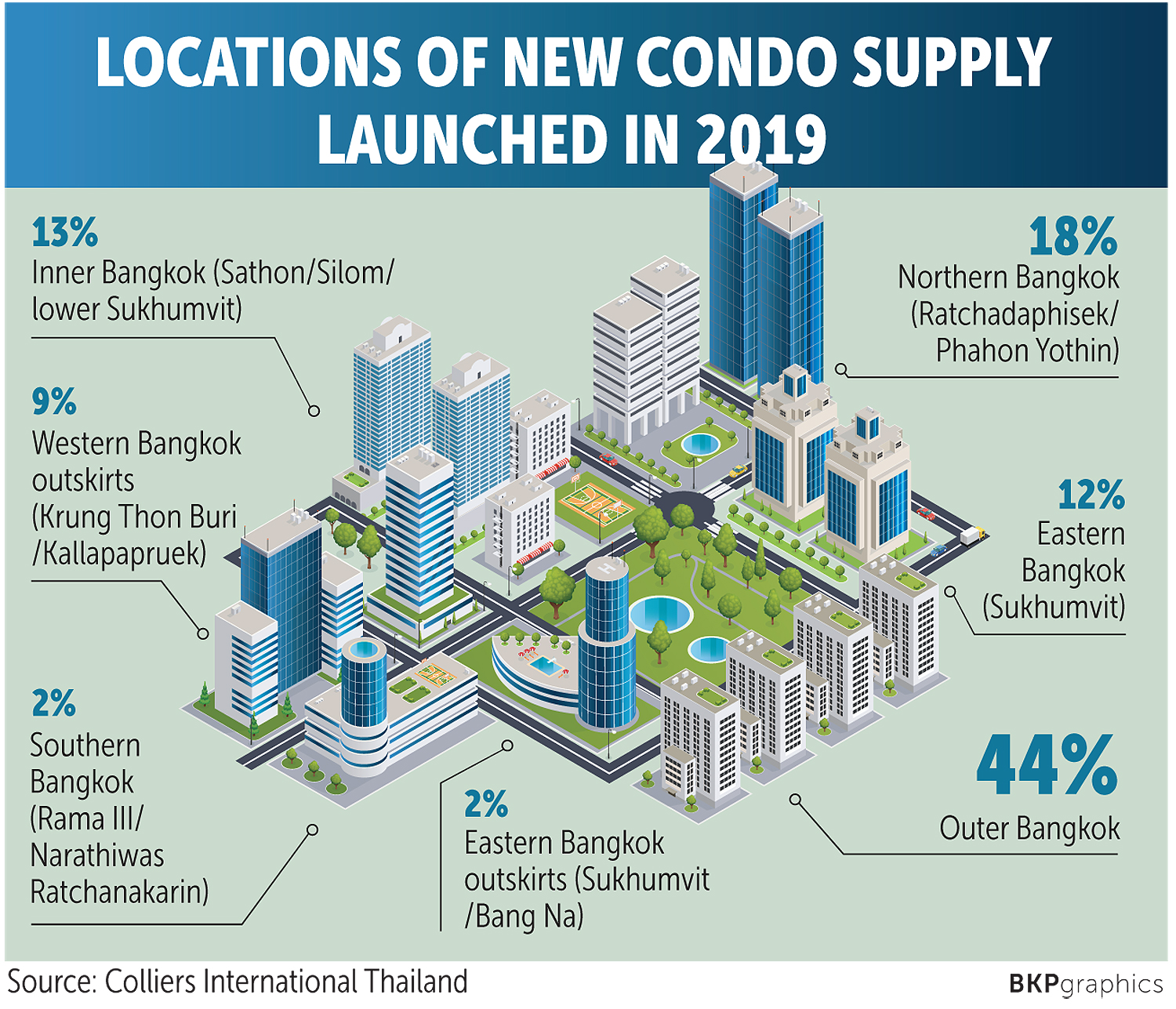