Get is a new challenger to Grab in food delivery. Varuth Hirunyatheb

Thailand's internet economy this year was driven mostly by one thing: convenience.

The drive to simplify life, save time and skip heavy traffic and bad air saw the lives of Bangkok residents change, driven by apps like Grab and Get for food and transport, Lazada for clothes, electronics and household products, and a number of startups catering to just about everything else.

Call it the "lazy economy", the "convenience economy" or the "gig economy", but mobile technology is driving Thais towards a life of greater comfort, and perhaps a more isolated existence.

While convenience-economy firms are generating huge revenue, Thai startups are having trouble competing: almost all of the major startups operating in the country are based out of Singapore and Indonesia. Funding for Thai startups slumped in 2019 to $50 million in the first half, down from a high of $200 million in the full year of 2017.

While consumer habits change to rely on app-based convenience, a good chunk of the money Thais spend is leaving the country. 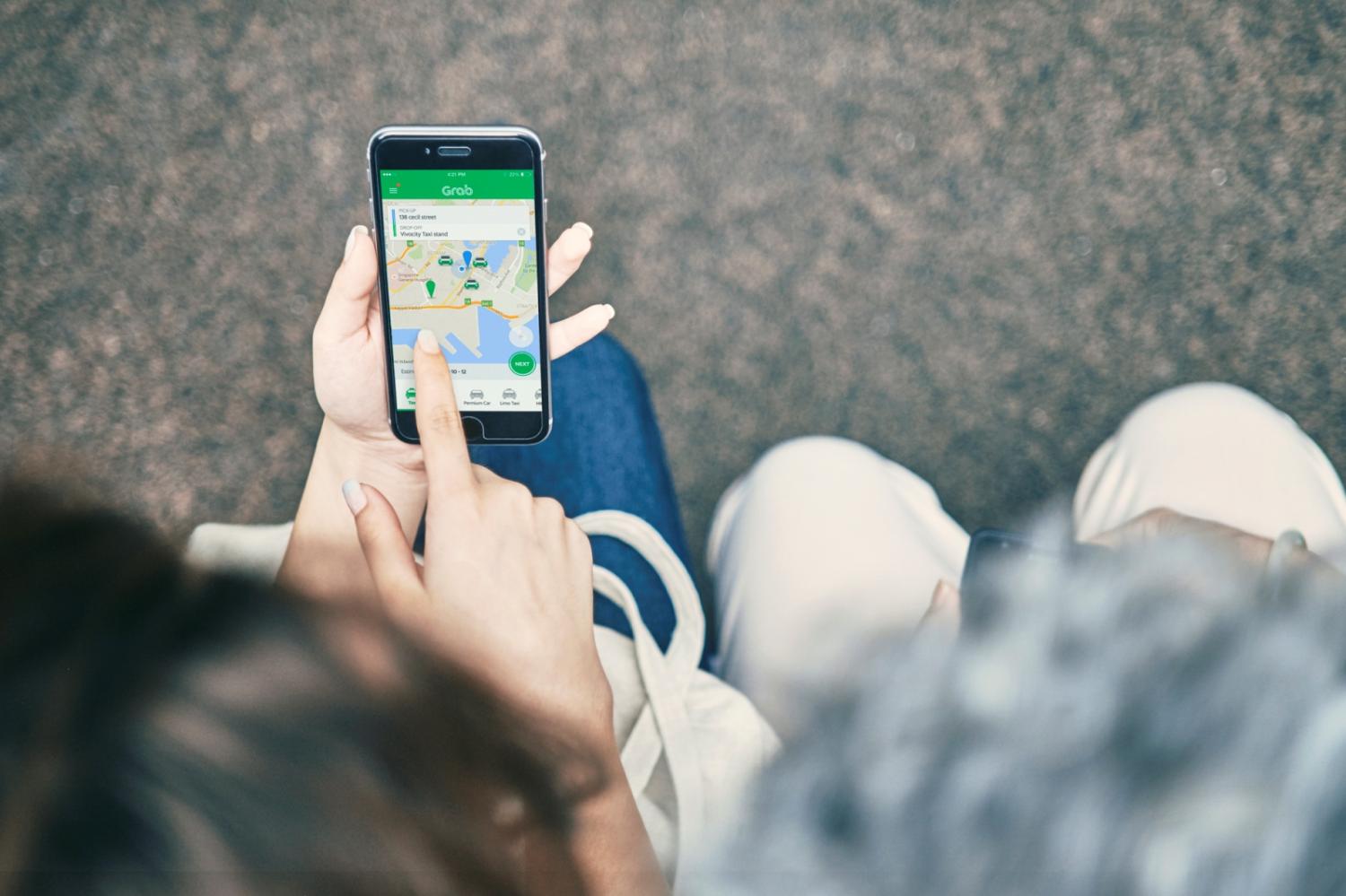 In 2019, Grab achieved 120 million bookings in Thailand across all services. Photo courtesy of Grab Thailand

AN APP FOR EVERYTHING

Singapore-based unicorn startup Grab has very few parameters to ambition. The company calls itself a super-app, a platform for an ever-increasing bevy of services beyond its core functions of ride-hailing and food delivery. A Grab user does not need to leave the house, as the app enables parcel delivery, e-payments and grocery shopping.

"Starting as a ride-hailing application, Grab is a super-app with an expanded ecosystem that brings millions of Thais closer to what matters to them every day," said Tarin Thaniyavarn, the country head of Grab Thailand. "This transformation has taken place only because we always put our customers' needs first, solving the fundamental problems that affected their everyday lives, and we expect to continue doing so in 2020."

In 2019, Grab achieved 120 million bookings in Thailand across ride-hailing and on-demand food, express and grocery delivery services, in 20 cities across 18 provinces. The backbone of services comes in the form of 400,000 "micro-entrepreneurs", including taxi drivers and delivery people.

Grab was able to achieve this massive growth, all while ride-hailing for unlicensed taxi drivers remained technically illegal in Thailand. But, after years of intensive lobbying, the Land Transport Department announced that digital ride-hailing services will likely be legalised in 2020.

In the year ahead, Grab Thailand plans to focus on expanding financial services, targeting the large population of unbanked or underbanked Thais through the GrabPay e-wallet. For food, it plans to open more cloud kitchens, the delivery-only restaurant hub only accessible through the Grab app, and says it will open 50 new kitchens in five countries by the end of 2020.

"Six years ago, one could hardly imagine living with just a smartphone," Mr Tarin said. "Today you can easily do so using Grab to commute to work, get meals, parcels and groceries delivered to your doorstep, and pay for all these services all within one app."

Since buying Uber's Thai operations in March 2018, Grab had enjoyed scant competition. Get Thailand, officially launched in February, is now a major competitor. Get is backed by the Indonesia-based unicorn super-app Go-Jek, Grab's main competitor in Southeast Asia.

Get has achieved 1.7 million downloads this year and seems to have left an impression on Bangkok through its 30,000 drivers who wind their way around the city in bright-yellow helmets and jackets.

The app has garnered popularity among snacking office workers, delivering 300,000 bubble teas in October, with snacks making up 28% of total orders. The average order time for deliveries is 28 minutes.

Wongtippa Wisetkasem, director of platform operations at Get Thailand, said some food deliveries cover less than a kilometre, implying office workers are ordering food and drinks at the bottom floor of their office buildings to be delivered to their desks.

"People are using the app more, not because they are lazy, but because the app helps them a lot and saves so much time," Ms Wongtippa said.

She said Get's main goal is to expand the market for ride-hailing and food delivery. Despite attracting media attention, Get still makes up a relatively small chunk of market share in the respective sectors.

As Get and Grab increasingly widen the scope of services, Foodpanda is keeping it simple and sticking with what it knows best: food deliveries.

The app was first to market in Thailand in 2012 and pioneered much of the infrastructure that restaurants needed to connect to the online delivery market.

"We want to be the most affordable company out there to order food from," said Bhavani Mishra, director of operations at Foodpanda. "Thailand is a price-sensitive market and will remain so for the near future."

The major food delivery apps are locked in a price war, with delivery fees ranging from free to 40 baht. Many apps are taking a loss on each delivery in a bid to snap up market share. Foodpanda offers free deliveries at many restaurants but takes a cut of the sale price from the restaurant.

Foodpanda is also investing in cloud kitchens as a new revenue driver, opening its first in Bangkok this year, with plans to open three more in the city in the first quarter of 2020.

"2020 will be the year of the cloud kitchens," Mr Mishra said. "As Thailand achieves greater internet penetration, we will see huge growth in deliveries made online."

There is already evidence that food deliveries are starting to outpace dine-in customers.

Patt Pongwittayapipat, general manager of 1112 Delivery, the delivery arm of Minor Food Group, says dine-ins are trending down, with delivery and takeout accounting for a much greater share of revenue. At Minor, 35% of sales come from takeout, 30% from dine-in and 35% from deliveries. Of the deliveries, 45% are made online and 55% use the call centre.

This was the year the convenience economy moved upcountry. Foodpanda expanded coverage to 35 cities, while Grab is available in 20.

The greatest impact on convenience for those outside Bangkok is through e-commerce, both as a way to buy products unavailable in rural areas, as well as providing a means to sell wares nationwide and even overseas.

"I think Lazada is a pioneer in Thailand, as when we came here seven years ago, there was very limited e-commerce in the country," said Jack Zhang, deputy chief executive of Lazada Thailand. "We started with a B2C [business-to-consumer] model and mainly focused on electronics in the first five years, but in the past two years Lazada came with fundamental systems and aggressively expanded into C2C [consumer-to-consumer]."

And while Bangkokians are bigger spenders, in terms of number of customers and GMV, upcountry customers are taking up a larger share, Mr Zhang said.

According to the Google-Temasek study, the Bangkok metro area has $549 in GMV per capita in the internet economy as a whole, while upcountry has $152.

Denmark announcedit would stop using the AstraZeneca Covid-19 vaccine altogether, becoming the first European country to do so over suspected rare but serious side effects.

LONDON: British rock legend Mick Jagger has released a new song celebrating the release from the "prison walls" of lockdown, as England this week reopened pubs and non-essential shops.