Despite being an essential component of life, water is a commodity that humans usually take for granted. For many, water scarcity is impossible to imagine because after all, 70% of our planet's surface is covered in water.

But the fact is that only 3% of that amount is fresh water while only about 1.2% can be used as drinking water. Rapid population growth, industrial development and urbanisation have sent water demand soaring in recent years, heightening the risk of scarcity. Agriculture accounts for over 70% of water usage globally while industry accounts for 20%.

Fresh water resources are dwindling at an alarming rate, with climate change now emerging as an additional contributor to risk. If current consumption patterns persist, two-thirds of the world's people could be living in a water-stressed country by 2025, the Food and Agriculture Organization (FAO) of the United Nations has estimated.

A report by the World Resources Institute says that among cities with more than 3 million people, 33 of them face extremely high water stress. This has implications for public health and could become a contributor to social unrest. Water security and economic growth are closely correlated, so water scarcity has the potential to threaten a country's economy.

Contrary to commonly held belief, the global water crisis is not only affecting developing nations. Water-related risk has been ranked among the top five in the World Economic Forum's Global Risks Report, a survey of more than 1,000 experts worldwide, for the past eight years.

Water is critical for sustainable development and the eradication of poverty and hunger. Goal 6 of the UN Sustainable Development Goals is to "ensure availability and sustainable management of water and sanitation for all".

The UN says access to safe and affordable drinking water is human right, but one that a billion people worldwide still lack. It stresses the need to address the growing demand for water, calling for more efficient use and management of the resource. 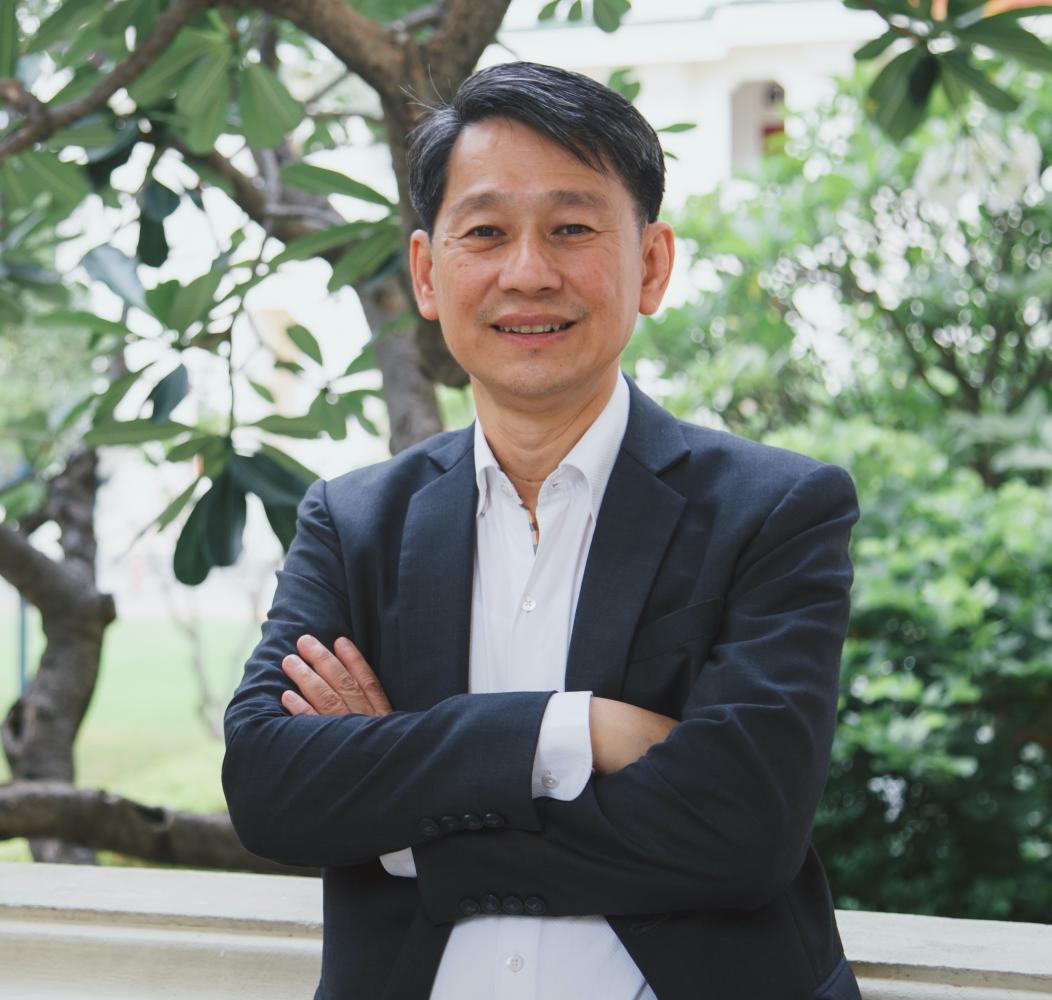 Lack of water not only threatens the livelihoods of the rural poor, but is also becoming a challenge for city dwellers. Cape Town made headlines in 2017 and 2018 as its reservoirs started to deplete and authorities warned of a "Water Day Zero" when they would have to turn off the taps and begin rationing in the South African city.

Day Zero never arrived, but the experience of Cape Town focused attention on factors such as groundwater depletion and poor urban planning as additional contributors to water scarcity in many cities.

In Thailand, authorities this month began trucking drinking water to parts of Bangkok and urging residents to shower less as a worsening drought and rising sea levels have increased salinity.

The capital's tap water is becoming saline as seawater pushes up the depleted Chao Phraya River, something that climate researchers say could become the new normal in years to come.

A number of steps are needed to reduce water use, improve water reclamation and reduce the risk of a Day Zero in Thailand, according to Assoc Prof Sucharit Koontanakulvong of the Faculty of Engineering at Chulalongkorn University. They include better maintenance of existing infrastructure, along with regulations limiting the amount of water that households, businesses and government can use.

At the same time, he said, it will be necessary to identify new sustainable sources of water and employ smart technology to alleviate possible risks.

Although there is no one-size-fits-all solution for effective water management, countries in Southeast Asia can learn from Singapore, whose success in water management lies in diversification of supplies, innovation and investment in technology.

Water-related risks are a pressing issue in Southeast Asia where millions depend on the rivers and seas for their livelihood. But rainfall patterns, once fairly predictable, are becoming increasingly erratic, while the frequency and severity of droughts and floods is increasing, all as a result of climate change.

Thailand, for example, is currently facing its worst dry season in 10 years, as unusually low rainfall during the 2019 wet season led to unusually low water levels in major reservoirs and rivers, according to Agriculture Minister Chalermchai Sri-on.

Australia experienced its hottest and driest year on record in 2019, with some towns running out of water, while dry conditions fed catastrophic bushfires throughout the country's southeast. But in Indonesia, the heaviest rainfall since records began in 1866 caused severe floods in Jakarta just last month. 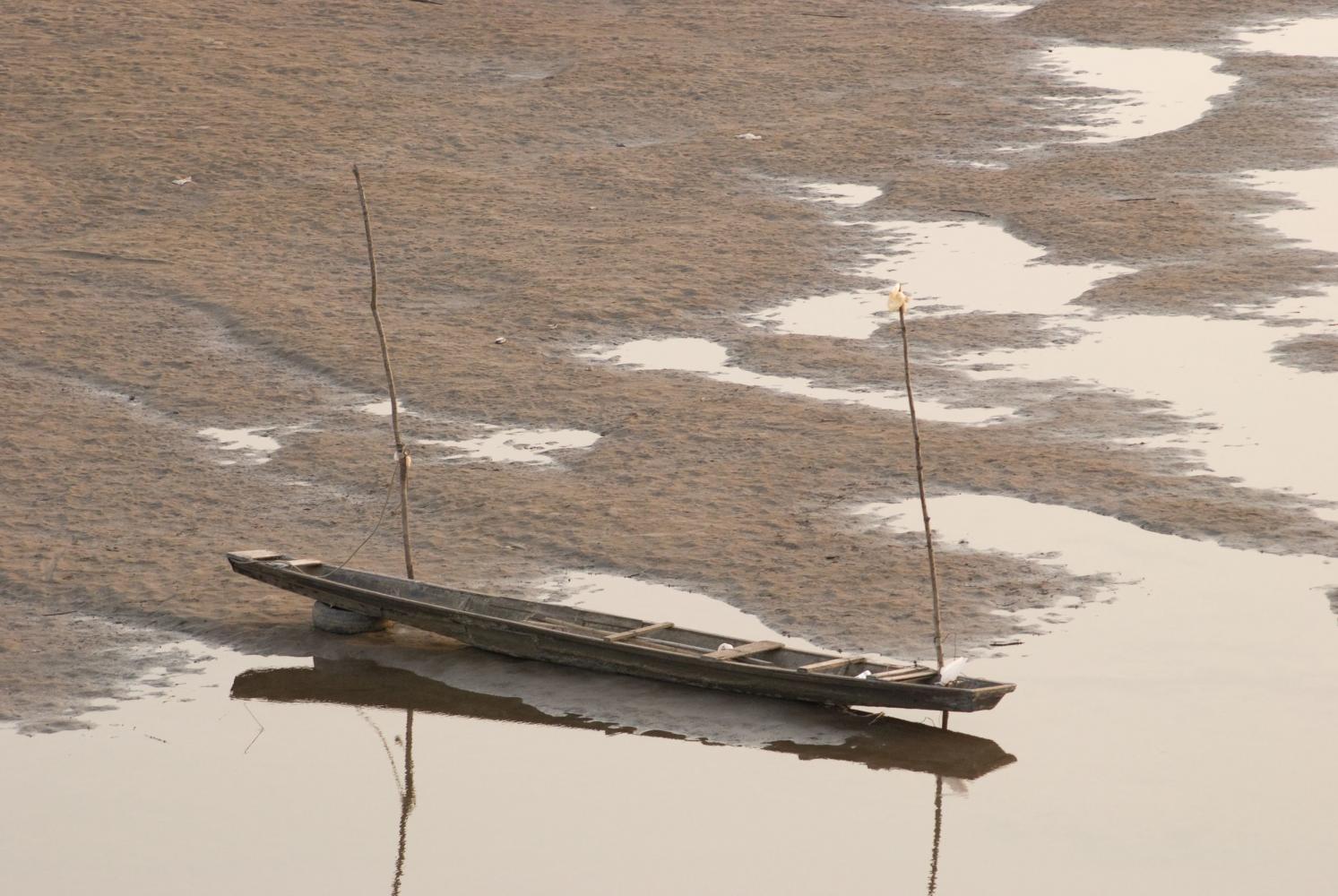 A boat rests on a sandbar in the Mekong River near Vientiane. Upstream activity by China has dramatically lowered water levels in the river shared by six countries.

To avert the risk of too much or too little water, countries need to come up with comprehensive water management strategies and become water resilient, according to the Asian Development Bank (ADB).

The AWDO provides a quantitative analysis of water security status in 49 countries in Asia and the Pacific in five key dimensions: household, economic, urban, environmental, and resilience to water-related disasters.

"Water governance involves effective planning, efficiency and engagement. To be water resilient, these three aspects need to be stressed," he said.

As the effects of climate change become more severe, he said, countries will need to better safeguard existing water resources while exploring new and efficient sources.

In Southeast Asia, Singapore is the only nation that prioritises water management as its top national issue.

The city-state's success has been driven by a need to avoid becoming too dependent on water from neighbouring Malaysia. It embarked on a mission to find ways to diversify its water resources. Now, more than half of Singapore's water supply comes from rainwater collection, recycled water and desalination.

In Thailand, the Office of National Water Resources (ONWR) is in charge of management and coordinating policies across 20 state agencies. Assoc Prof Sucharit said it is a good start for efficient water management, adding that the cabinet has given the go-ahead for a 20-year master plan aimed at solving chronic drought, flood and wastewater problems.

Somkiat Prachamwong, secretary-general of the ONWR, said the objectives of the master plan will be to ensure that all villages will have clean water for consumption and production, flood damage will decline, water quality will be at acceptable standards, and water resource management will be sustainable.

These targets are based on six strategies. They are the management of water use; security of water production; inundation control; water quality conservation; afforestation in watershed areas; prevention of soil damage; and an integrated managerial approach.

Although new technologies offer hope for reducing water-related risks, they can only accomplish so much, because climate change and other factors have fundamentally disrupted the Earth's hydrological cycle. This has changed the predictability of precipitation, making water management planning more challenging than it used to be, said Prof Sucharit. 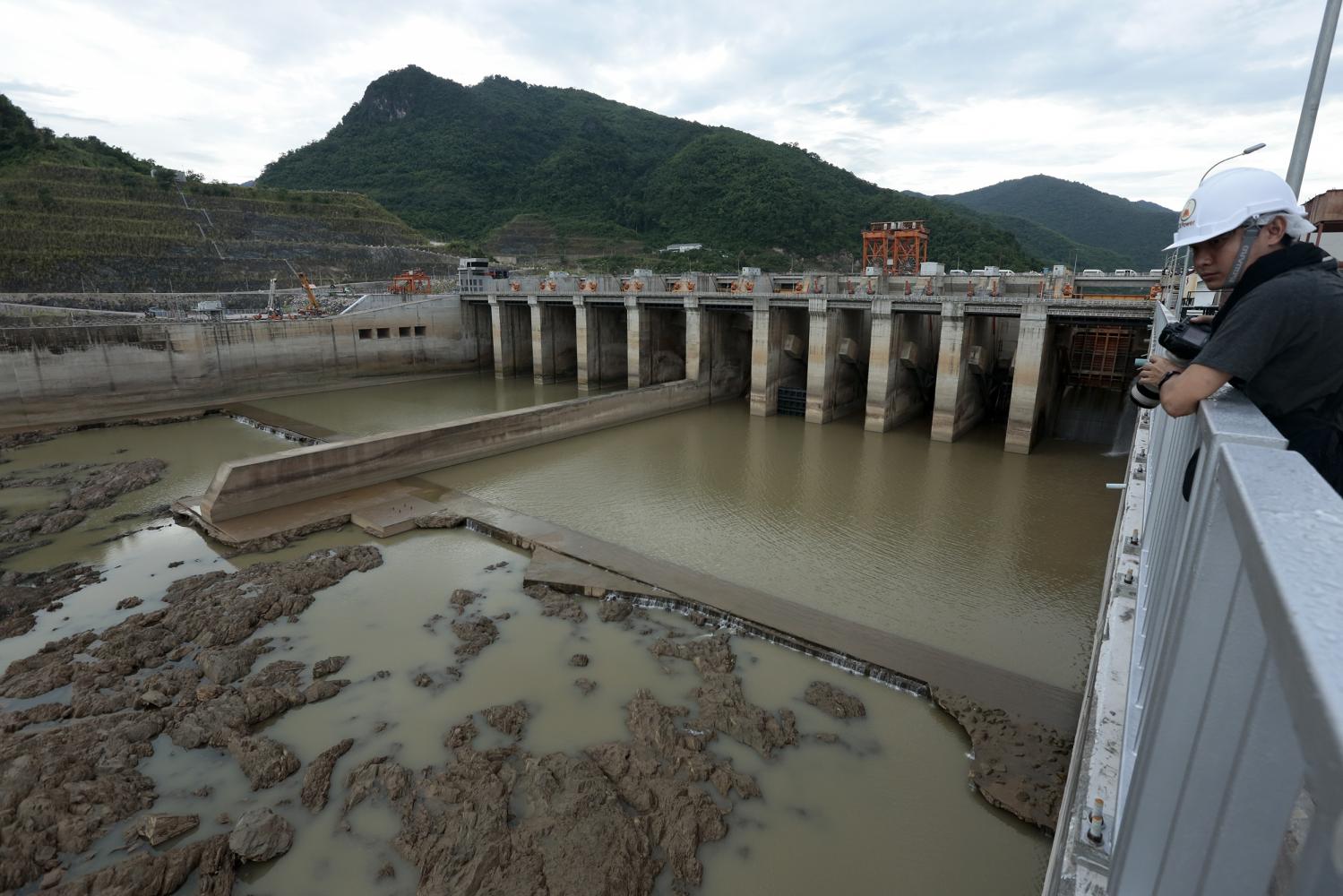 In many parts of the world, water is also a source of conflict. The politics of water has been heightened in recent years. Water has also been weaponised for political gain by nefarious actors, furthering weakening the outlook for water security. In 2017, water was a source of major conflict in at least 45 countries, according to the World Economic Forum.

Even though Southeast Asia is running out of fresh water mainly as a result of the explosion of population and poor water management strategies, transboundary water resources are further threatened by the intricacies of international politics. The Mekong River, a resource shared by six countries, is a case in point.

Last year, areas along the Lower Mekong River experienced record drought, and water levels in the dry season have been much lower than usual, with sandbanks exposed for the first time in some parts. This is partly the result of activities upstream by China.

In December, Thailand organised an international conference on policies, laws and regulations for water resources management in Southeast Asian. Billed as an attempt to establish a cooperative approach, it attracted experts from Singapore, Indonesia, Malaysia, Vietnam, Myanmar and the Philippines, as well as Japan. But China did not participate, as experts said it prefers to participate in an event where it can exert influence and set the agenda.

The Mekong River starts in China and flows southward through parts of Thailand, Laos, Myanmar, Cambodia and Vietnam, with more than 60 million people living by its basin and tributaries.

Severe drought in Thailand has put China's Mekong vision under rare global scrutiny. Last year, US Secretary of State Mike Pompeo charged that China was taking control of the flow of Southeast Asia's most important river through dam-building projects. Chinese plans for the river, he said, represented "troubling trends".

"We have seen a spree in upstream dam building that concentrates control over downstream flows," he said during the Asean summit in Bangkok. He accused the Asian giant of operating extraterritorial river patrols and of pushing new rules that would weaken the Mekong River Commission, an intergovernmental group monitoring construction along the water.

Environmental groups fear that Beijing-backed dams straddling the river upstream will destroy fish stocks and allow China to manipulate water flows. Conservationists have also pointed to safety and environmental dangers posed by mega-dams in Laos, which depends heavily on revenue from electricity sales to Thailand and others.

Assoc Prof Sucharit believes that if countries adopt water governance, conflicts related to shared water can be alleviated. "Being a small country we need to strike a balance," he said. "But from my perspective, I think the best way is to first become self-sufficient and be able to negotiate with the countries involved."