Any measures authorities take to curb gains in the currency will not disrupt the “market mechanism” of the baht, Finance Minister Uttama Savanayana said on Monday.

There are additional steps that can be taken to “rebalance the baht,” such as increasing outbound investment, Mr Uttama said in an interview at the Asian Financial Forum in Hong Kong. The Finance Ministry consults regularly with the central bank, which has responsibility over the functioning of the currency, he said.

“I can assure you that nothing that we might consider would interrupt the market mechanism,” he said.

Thailand’s economy took a knock last year as weak global demand and a strong currency hurt exports in the trade-reliant nation. Economic growth is forecast by the central bank to reach 2.8% this year from a projected five-year low of 2.5% last year.

Mr Uttama said recent data, including a pick-up in domestic consumption, point to an improvement in the economy. He is forecasting growth of about 3% for 2020.

“The global situation, we need a close watch on that because we are 70% export-oriented,” the minister said.

Domestic investment has also been lacklustre because of the government’s delay in passing its annual budget -- finally approved by lawmakers this weekend. 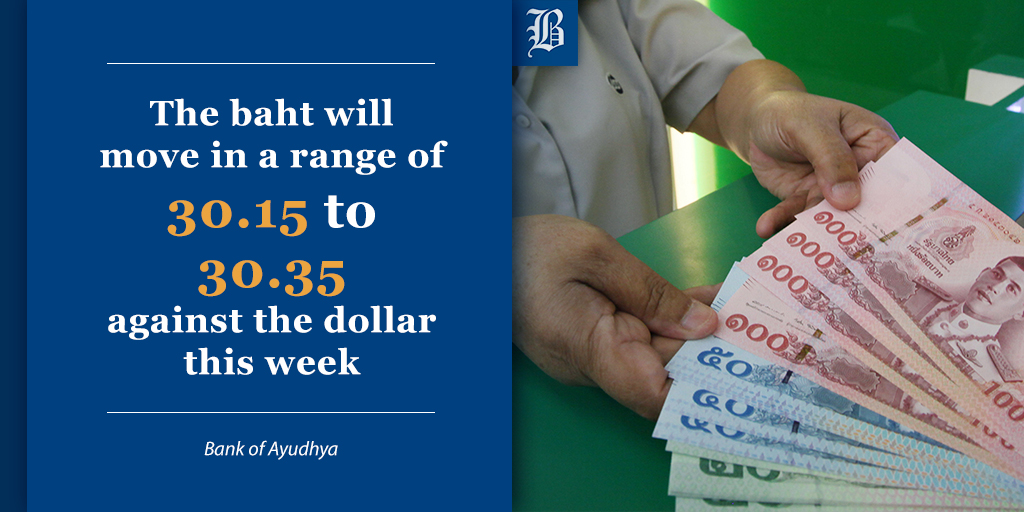 The baht gained more than 8% against the dollar last year, the best performer among Asian currencies. The central bank has implemented a number of measures and reduced interest rates twice last year to curb the currency’s gains. Governor Veerathai Santiprabhob said last week the central bank will take further steps to ease restrictions on capital outflows in coming months.

The Bank of Thailand will hold a briefing on the monetary policy and the baht situation on Tuesday, the central bank said in a text message Monday.

The ministry is separately considering making it easier for foreign issuers of baht-denominated bonds to take the proceeds out of the country, as part of efforts to keep the currency in check. Even as that rule-change is awaited, Mr Uttama said the ministry is weighing the issuance of sovereign dollar bonds as an option to finance big infrastructure investment.