Thailand again managed to avoid placement on the US watch list for currency manipulation, while the Bank of Thailand affirmed that steps have been taken to curb the baht's gain with an almost US$80-billion increase in foreign reserves over the past five years.

According to the US Treasury Department's report to Congress on "Macroeconomic and Foreign Exchange Policies of Major Trading Partners", Thailand met only one of the department's three criteria for identifying manipulation.

Thailand had a current account surplus of 5.3% of GDP last year, exceeding the 2% set in the criteria, the department said.

Although Thailand had a net purchase position of the US dollar to control the baht's strength in six of the 12 months in 2019, the net purchase was only 1.5% of GDP.

Thailand's current account surplus with the US was $19 billion, also falling short of the criteria. 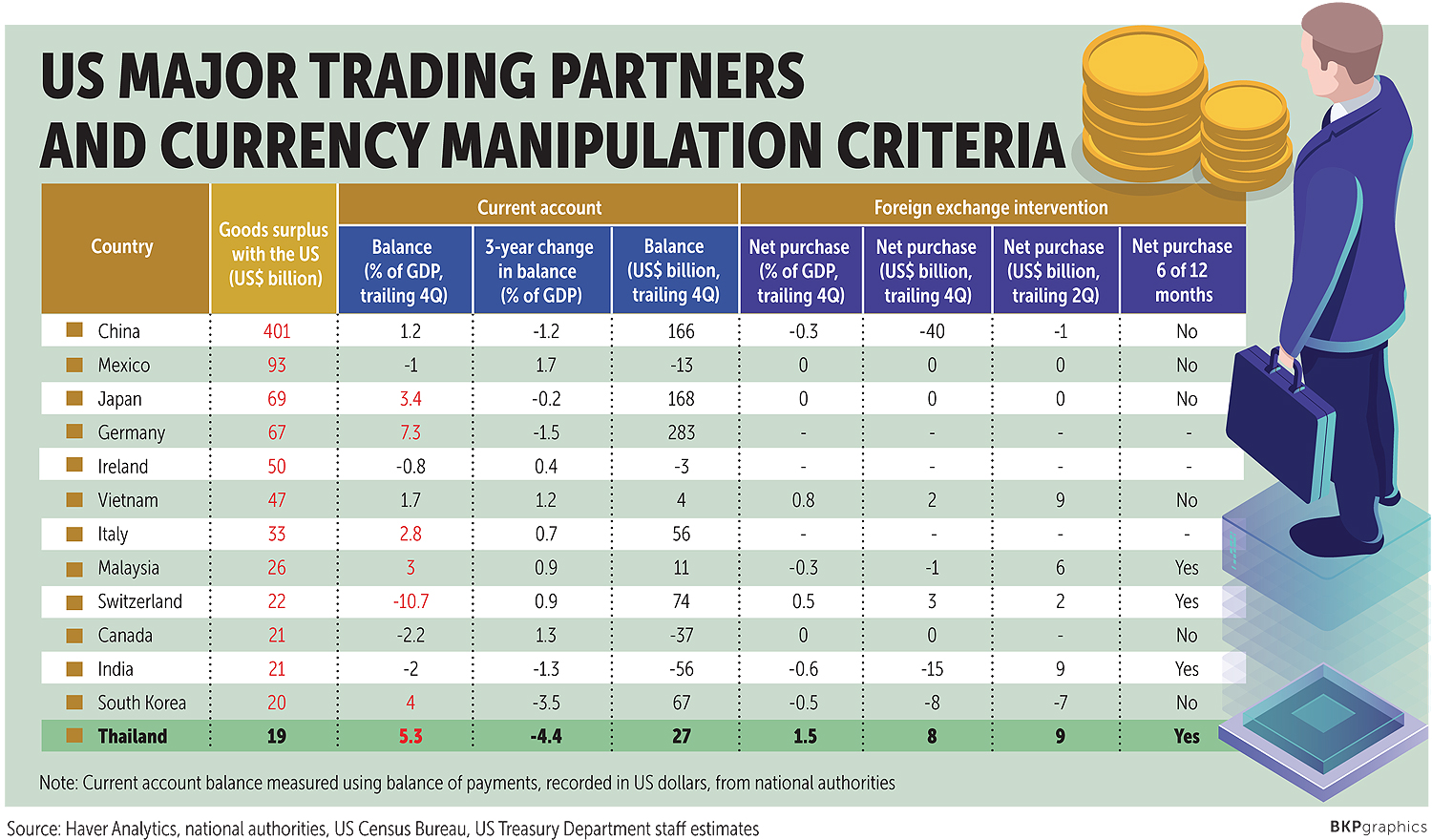 The other two criteria are persistent one-sided intervention in the foreign exchange market with net purchases of at least 2% of GDP, and a trade surplus of at least $20 billion with the US. Countries that meet two of the three criteria are put on the monitoring list.

"Treasury continues to track carefully the foreign exchange and macroeconomic policies of US trading partners under the requirements of both the 1988 and 2015 Acts, including several that are not on the Monitoring List but are close to triggering key thresholds [for example, Taiwan and Thailand]," the report said.

The department also dropped China's designation as a currency manipulator, but officials continue to be concerned about the currency practices of eight other countries -- Germany, Ireland, Italy, Japan, Malaysia, Singapore, South Korea and Vietnam -- and added a ninth, Switzerland, to the list.

Mathee Supapongse, deputy governor for monetary stability at the Bank of Thailand, said international reserves took a net forward position during 2015-19, increasing by $79 billion and accounting for nearly half of the country's cumulative current account surplus of $180 billion over the same period. 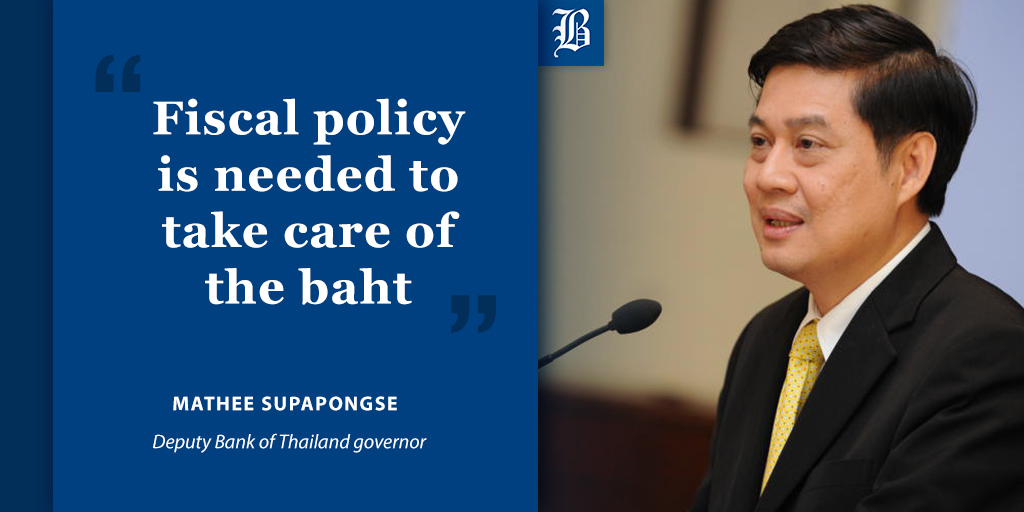 Thailand is among the world's top 20 in foreign reserve holdings. As of Jan 3, the country's international reserves amounted to $227.5 billion.

"Without baht management, foreign reserves would not increase," Mr Mathee said. "The baht could be stronger than current levels."

The current account surplus is not due to short-term speculative flows, he said.

From January to November 2019, Thailand's current account surplus was $32.7 billion, while the investment portfolios of non-residents declined by $4.4 billion in value, reflecting foreign capital outflows. Foreign direct investment to Thailand was $9.3 billion.

During 2016-18, Taiwan's current account surplus was $13.3 billion, compared with net outward direct investment of $1.6 billion and portfolio investment of $14.1 billion.

Outbound portfolio investment from Taiwan and South Korea is mainly through institutional investors, especially pension funds, while such outbound investment from Thailand remains at low levels.

The central bank will discuss the matter with related parties and continue to encourage outbound portfolio investment, Mr Mathee said.

"The Bank of Thailand continues to pursue baht management, while fiscal policy is also needed to take care of the baht," he said.

The regulator is ready to implement additional measures to manage the baht if necessary, Mr Mathee said.

Given the structural economic problems, public-private collaboration is needed to ensure the baht moves in line with economic fundamentals, he said.

The private sector could help to tame the baht's appreciation in multiple ways, he said, such as through importing machinery.

According to a source, the Finance Ministry plans to propose tax incentives to enhance private-sector investment to Deputy Prime Minister Somkid Jatusripitak today, with the aim of reining in the baht.

Fifty-nine people were arrested and some illicit drugs seized during a police raid on a hotel in Bangkok’s Ram Intra area in the early hours of Saturday.

In a sudden resolution to a diplomatic crisis between the US, China and Canada, a top Huawei Technologies Co executive flew home as China released two jailed Canadians.